Follow Si Maclennan’s travels as he rides the subways and visits Chinatown in his second update from New York City.

Part 2: “Everybody is hustling.”

We’re on the subway somewhere between the Upper West Side and the end of the line way up on 207th in Inwood. Two guys jump on the train. One of them – a young man of about 19 years – carrying a trophy almost as big as he is. The trophy isn’t particularly well made – it looks like most of the parts are made of some kind of dense plastic instead of the granite and brass they are treated to resemble. Nevertheless, this trophy commands unquestioning respect. The other commuters aren’t shy to peer over at the impressive gold and green statue as this kid and his older relative awkwardly and politely squeeze past them to find a seat at the back of the car. A few people smile at his achievement. It’s new owner is nonchalant but proud. He rests the cumbersome prize between his legs. His dad gives him feedback on his game earlier in the evening. “I knew he’d miss that as the ball left his fingers. I could see it.” his dad says.

My brother leans over and compliments the kid on the trophy. “Nice trophy. Did you win that tonight?”… “Yeah. It’s for basketball. My team won it.” We ride into the dark warm evening with the sound of the railway thumping and rattling below our feet. The kid and his dad get off the train at our stop. “Can I take your picture?”, I ask as we’re about to part ways at the bottom of the stairs. He glances at his dad, who likes the idea. The kid’s name is Dante. he lives just around the corner from the apartment building where I’m staying. My camera isn’t great in low light. I steady myself as best I can, and snap a few shots at a grainy ISO, hoping for the best. As we walk away, the lady selling vegetables under the station platform is prouder than he is. “You brought home the gold. There’s your gold!”, she shouts in a wonderful thick latino accent. Then thanks me for taking his photo. Community is an amazing thing. 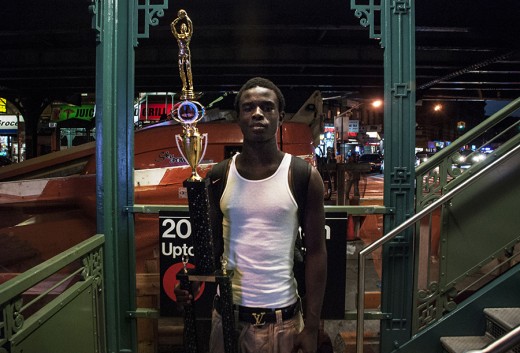 Earlier this week I put my back out staring at skyscrapers. The center of the city is surreal and chaotic. Even more so after a strong dose of ibuprofen. I went to chinatown hoping to find some chinese medicine or at least a massage (without a happy ending). I didn’t find anything of the sort. Instead I found the best pork dumplings in town. No complaints. After picking up some $5 sunglasses from a curious old lady, I spent the rest of the afternoon in the park listening to an oriental string quintet and watching the locals play cards and xiangqi. An old man shouted at me for trying to film a group of men gambling at one of the tables. 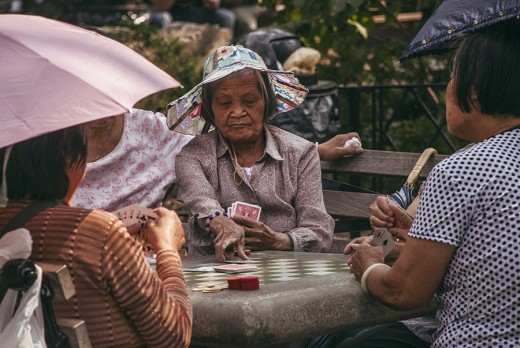 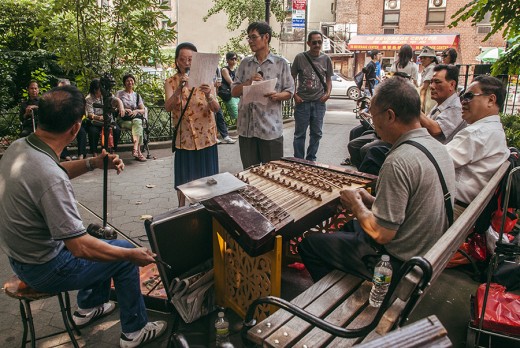 I spent this week trying to capture the people of New York in what I perceive to be their daily lives. Graffiti writers, ball players, hipsters, business men. Last week a friend said, “Everybody is poor in New York. Everybody is hustling.” 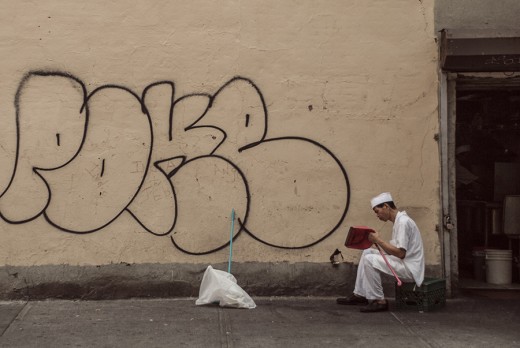 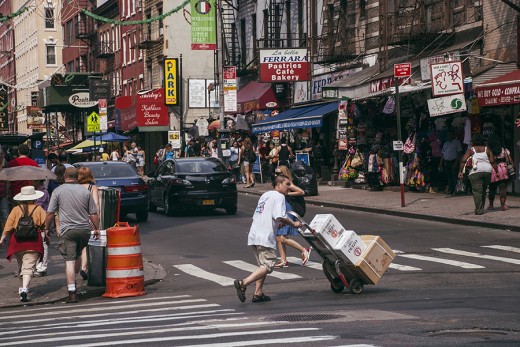 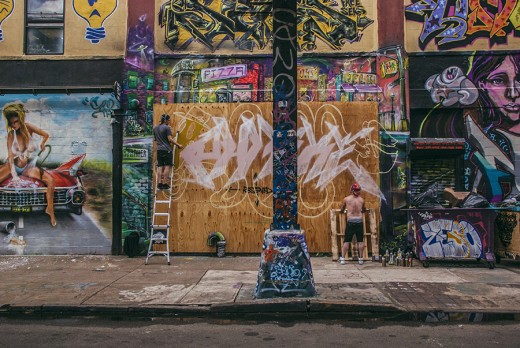 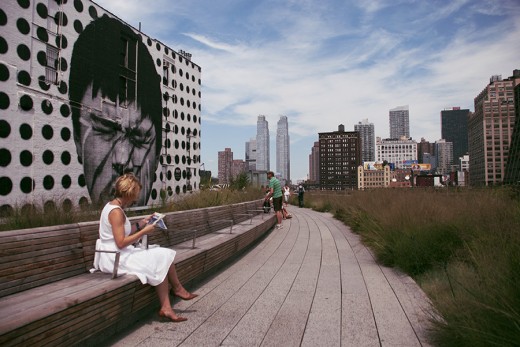