Photos from the opening of Daniel Naudé’s Sightings of the Sacred at Stevenson Cape Town, featuring his iconic portraits of cattle.

The exhibition features Naudé’s latest portraits of cattle. “For the past two years Naudé has focused on photographing cattle in societies where these animals are revered and venerated. This is a position far removed from the Western world where they are mostly seen as productive sources of milk, meat and skins.”

Naudé typically uses a centred composition, simple backgrounds and a low angle to emphasis the power of his subjects. He also documents the environment of these animals in beautiful landscape photographs – the photo below has an almost infinite scope of detail, it seems like you can view it for hours and still discover new elements. 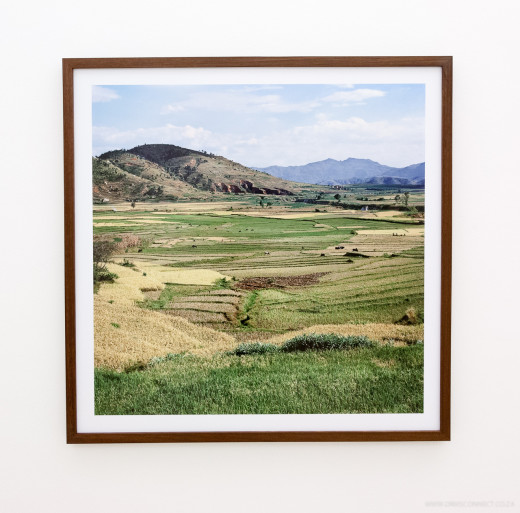 Sightings of the Sacred is showing concurrently with Anton Kannemeyer’s Such, Such Were The Joys. Visit the Stevenson website for more information. 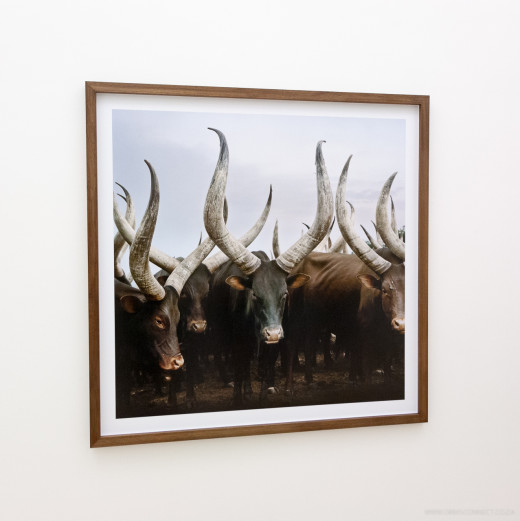 “Naudé first photographed the Ankole cattle in Uganda, renowned for their majestic horns which ideally curve out and then inward, forming a shape like a lyre. In the days before Christianity arrived in this part of Africa, the Bahima people made offerings of milk to herdsman gods, and their language has many names for cattle that describe their characteristics. Even now, the keepers of these animals live pastoral lives, their culture deeply rooted in these cattle. The survival of the Ankole is at the heart of cultural and economic debates about indigenous African values and symbolism versus a Western emphasis on commercial concerns.” 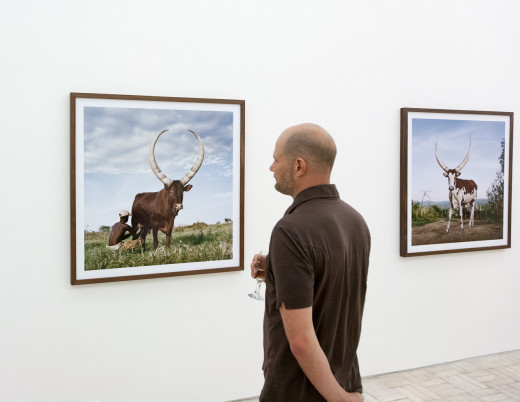 “In Madagascar, the distinctive Zebu cattle form part of the Bara people’s cosmology and ancestor worship. There are distinctive Zebu selected for sacrificial purposes, such as those with a black head and white diamond shape on the forehead. In these societies, on the day of the death of a cattle owner, all his cattle are slaughtered and the skulls are placed on his tomb, along with funeral posts decorated with motifs describing the person’s life.” 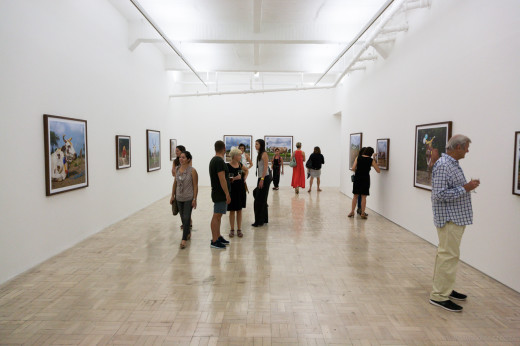 “In India, the Brahmin culture sees cows, along with all other life forms, as manifestations of god; as Gandhi said, ‘I worship it and I shall defend its worship against the whole world.’ For Hindu people, Nandi the bull is the mount of the god Shiva, and gatekeeper of Shiva’s abode, and as such is found as a motif in temples throughout India. In southern India, where Naudé took his portraits, a harvest and cattle festival known as Mattu Pongal celebrates their divinity and they are accordingly richly decorated. The deep respect for cows and bulls in India is exemplified by the fact that in some states the slaughter of cattle is allowed only with many restrictions around the age and gender of cattle, and it is completely banned in six states.” 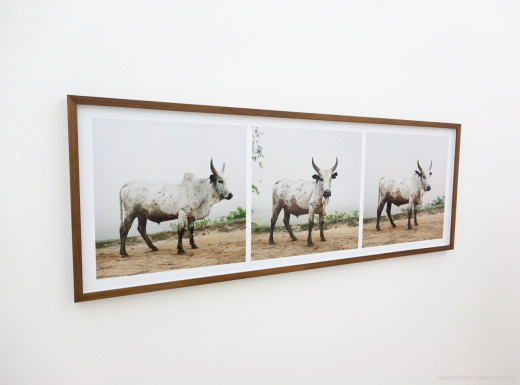 “In his portraits of cattle, Naudé brings into our time the long tradition of depicting the natural world with its rich references to classification and comparison. In many respects, this tradition faded in the 20th century because there were very few lands and creatures left to classify as the world had been mapped and the animals of the world named. The heightened presence of the animals in his images allows us to experience the awe and wonder that accompanied the reception of images and reports of exotic animals when they reached Europe in previous centuries. Yet, those images were invariably composites – drawings brought together elements that were unlikely in reality to be seen in the same frame. In our present day, the wide use of Photoshop continues the use of multiple images to create a single, often unusual image. In Naudé’s case however, within a single photographic frame, he inexplicably captures a strong presence of the animal, usually in a sculptural pose, set within an apt descriptive landscape, and lit naturally, despite having very little control over all these elements. Thus the images seemingly defy reality and heighten the sacred status of the cattle. When seeing them for the first time, after an initial wonderment at the animal’s presence, the mind grapples with the understated improbability of the image and is compelled to look again and again for clues to its composition.” 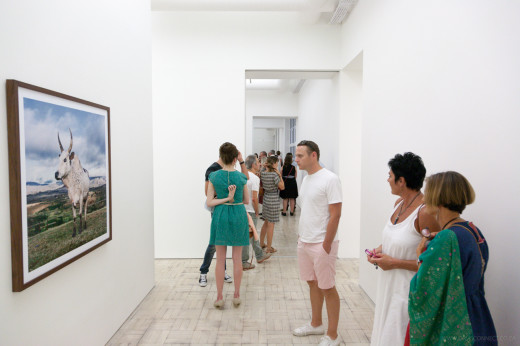 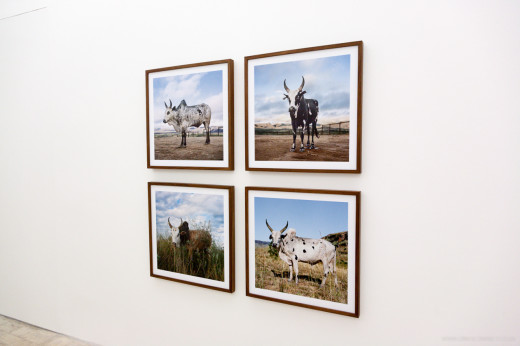 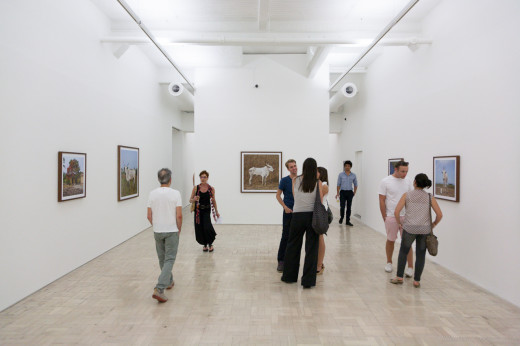 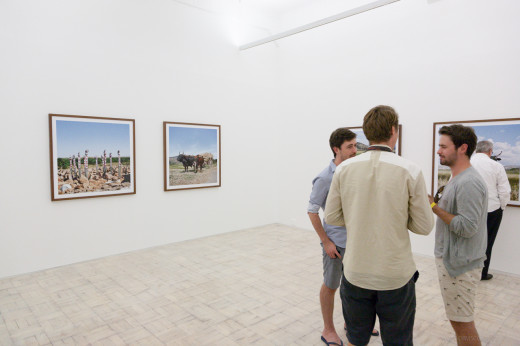 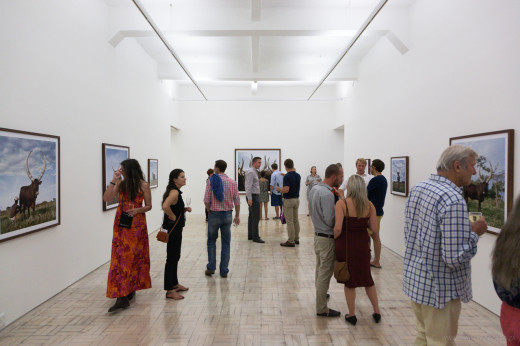 The Outcome Of Turner Adams By Gordon Clark
How Media-duo Half & Halve Use Social Media to Build a Photography Brand
Dark Room Drawings: The Lomography Booth
First Days In New Zealand By Kyle Mijlof