Day by day account of the Intensive DSLR course at the Cape Town School of Photography.

Yesterday I had my first day of the Intensive DSLR course over at the Cape Town School of Photography. My first impressions: I’m not very good, Nikon is the alternative (like punk, or grunge or hip hop) choice and I have so much respect for the quality of photographs I’ve seen passing through Orms and in my inbox headed to the Facebook albums.

The course takes place over five days, with four hour sessions on consecutive afternoons. The teacher Katie Johnson Rentzke is an American photojournalist who has relocated to Cape Town. The unofficial motto of the course is “You are cleverer than your camera”. This motto led to a lot of grumbling as the students had to switch off their auto modes and figure out how to set up and *shudder* focus manually.

The course was made up of a diverse group of students, with several end goals – one gentleman, an avid mountaineer, was interested in taking photographs at high altitude, while another lady is interested in portraiture. There were only seven of us in the class – which meant we all managed to get personalised attention from Katie without slowing things down.

The first day covered the camera from pinhole cameras onwards (who knew you could take an atmospheric, moody picture with nothing more than an old coffee tin and some photographic paper?). After we seemed to wrap our heads around the theory (aperture and shutter speed and ISO – aaargh!), we started to set up our cameras. Part of ‘being smarter than the camera’ is knowing which settings do what. Once we were all set up we headed outside.

Paired up to practice shooting people outside we had to deal with clouds that kept racing across the sun, and then retreating. As playful and gorgeous as those clouds were, they made trying to get a light reading hell! Eventually, once we all seemed to get the gist of it we headed back to the classroom where we were given our assignments: to take two photographs of the same subject and two photographs of the same object. The object had to be abstracted.

When I got home I was nervous about the critique to come, but found myself relaxing with my awesome little Nikon D3000. For the first time I wasn’t thinking about how my hands looked and I was fiddling with settings to try and compose pictures I liked. I got what turned out to be my best shot of the evening just before I switched off the camera and went to bed, quite excited about Tuesday’s lessons. When I took my photos in for printing on Tuesday morning, it turned out they didn’t look as good on a monitor as they had on the Nikon’s LCD display, but I suppose that’s part of what I’m learning. Then, when I saw them as prints I was happy with them again. I can appreciate they are technically flawed, but there’s such a sense of satisfaction holding your prints, which you composed, shot and edited (in this case just chose) in your hands. But now I have to wait for the critique…
I have attached the picture I spoke about in the previous paragraph – take it easy on me in the comments, it’s my favourite out of about 50 shots. 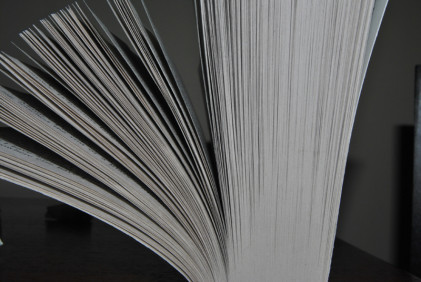 A hike along Devil's Peak with @livdevilliers than

We love to see you playing within the art form we

Just the energy boost we needing to get us out of

As the day draws to an end the clouds and setting

Share Your Stories Of Positive Change & WIN With O

Created by @robynwillisphotography and featuring @

In the way that a meal is bland without complex fl

Peonies and Poppies shining under the brush of @ci

Thanks for sharing your work with us @dannychapter

Cheers to lazy Saturday mornings in summer with @e

This breath of fresh air was created by @travisgoo

What a perfect capture by image maker @albertmarxp