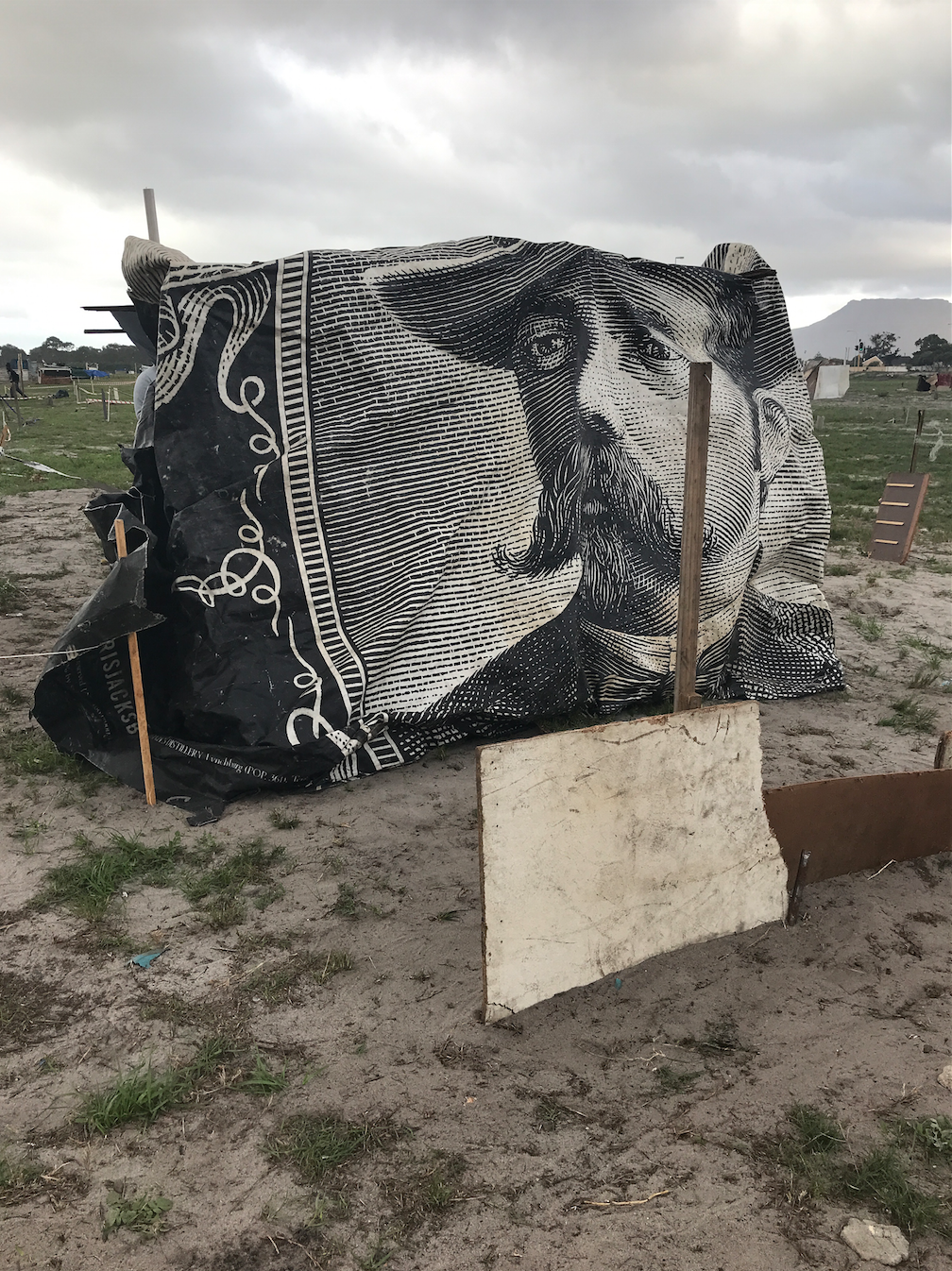 The Maitland Institute is pleased to welcome Berni Searle as artist in residence. Searle came to international prominence at the turn of the millennium, alongside artists like Shirin Neshat and Tania Bruguera – a moment best captured by the Brooklyn Museum show Global Feminisms (2007). A whole generation of South African artists, including Athi-Patra Ruga, Mohau Modisakeng, Nandipha Mntambo and Zanele Muholi, to name just a few, share a common lineage in Searle’s staged photography and her explorations of history and identity. Searle’s residency reflects the Institute’s particular commitment to mid-career women artists, who have made up two-thirds of the programming since our inception.

Searle has been an Associate Professor at the Michaelis School of Fine Art, University of Cape Town, for the past six years, and served as the school’s Director for the last two years. Press II Pause coincides with an academic sabbatical, in which Searle plans to look back and forward, rework existing footage and film new material. According to the ISO 7000 collection of graphical symbols for use on equipment, the ‘pause’ function on a media player, and its identifying double bar symbol, serve to ‘identify the control or the indicator which stops operation intermittently while keeping the equipment in operating mode’. This is a useful metaphor for Searle’s project at MI, both because it draws from the language of Searle’s primary tools and because it indicates a moment of temporary stillness and deliberation.

Kicking off the Investec Cape Town Art Fair week, the Maitland Institute invites you to celebrate the start of Searle’s residency on 12 February from 6 – 8pm. On view will be visual material gathered for a project over the past two years, shown alongside a selection of related existing works, which will provide a context for Searle’s ongoing concerns and interests. Two of Cape Town’s best food trucks will be parked in the Meat Factory parking lot to provide sustenance and refreshments will be available.

The space will be open to the public from Friday 15 February – Sunday 17 February 11am-2pm after which Searle will start her residency.