Portrait photography exhibition at Woordfees 2015 by Erhardt Thiel, on show in Stellenbosch until April 18th.

Today we look at photographer Erhardt Thiel’s exhibition “16 x 16 Onse.” The exhibition ties in with the theme of this year’s Woordfees “16 Onse” – a play on the plurals of the Afrikaans words meaning “ounces” and “us” and includes 256 portrait studies of Matie students printed on 256 books.

Each book cover features the face of one of the 256 Matie students that Thiel photographed. However on the inside the books are identical, with 16 pages of 16 people – 16 “onse.” Thiel explains: “I am because we are. I am on the cover, because we are on the inside”.

Thiel wanted to the installation to symbolise a group identity, and get people thinking.  The books where arranged in a grid pattern on the floor of the Mike de Vries space at the University Museum – a crowd listening.  He decided to base the installation on a 1991 image he took of Nelson Mandela when he addressed the Matie students on Campus for the first time.  At the time the crowd mainly consisted of white faces. Today different racial, cultural and religious groups are represented. “The ‘us’ of today look very different from the ‘us’ of 1991, which, in another 20 years, will look equally different,” explains Thiel.  He also decided to include two other portrait installations consisting of 16 images each.  One of these were chosen from his 2012 Woordfees installation. 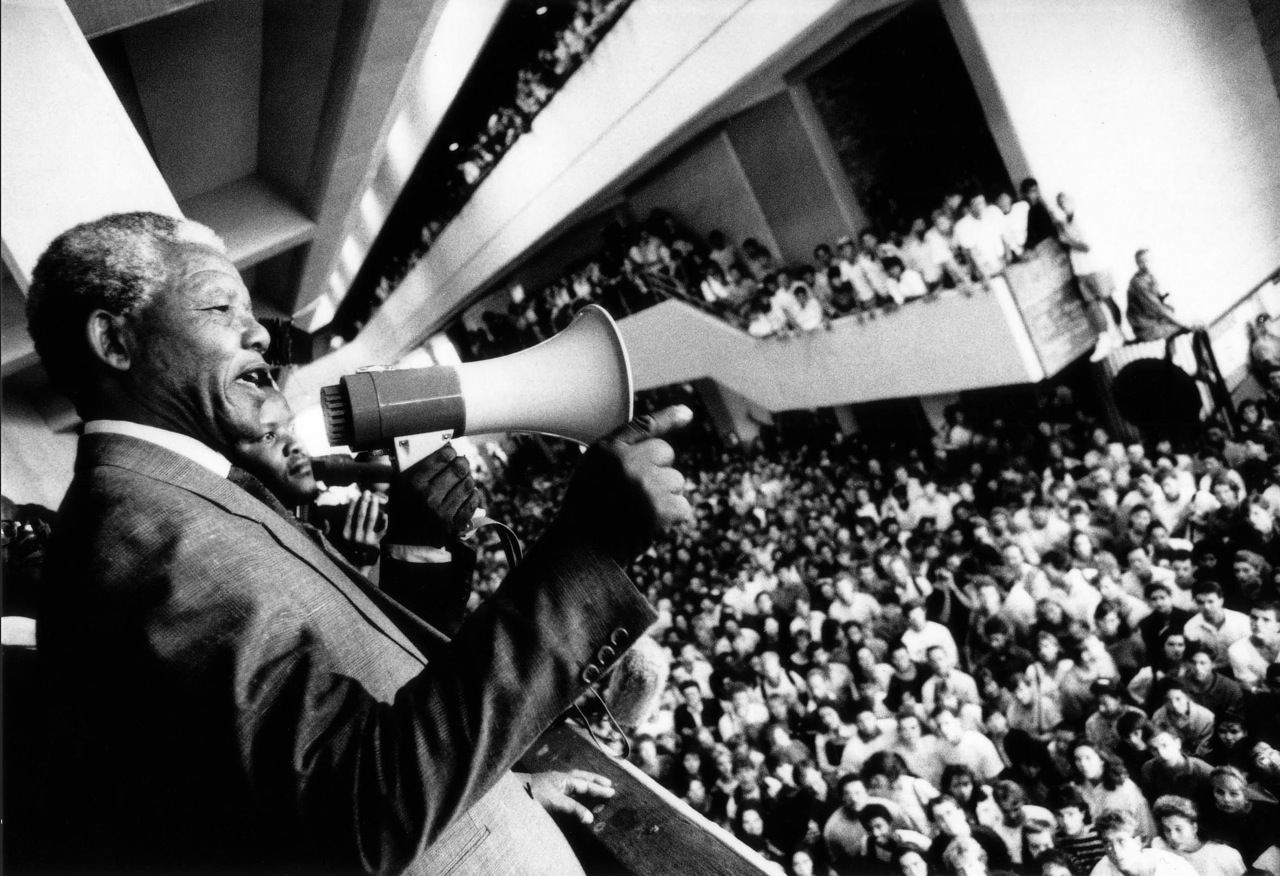 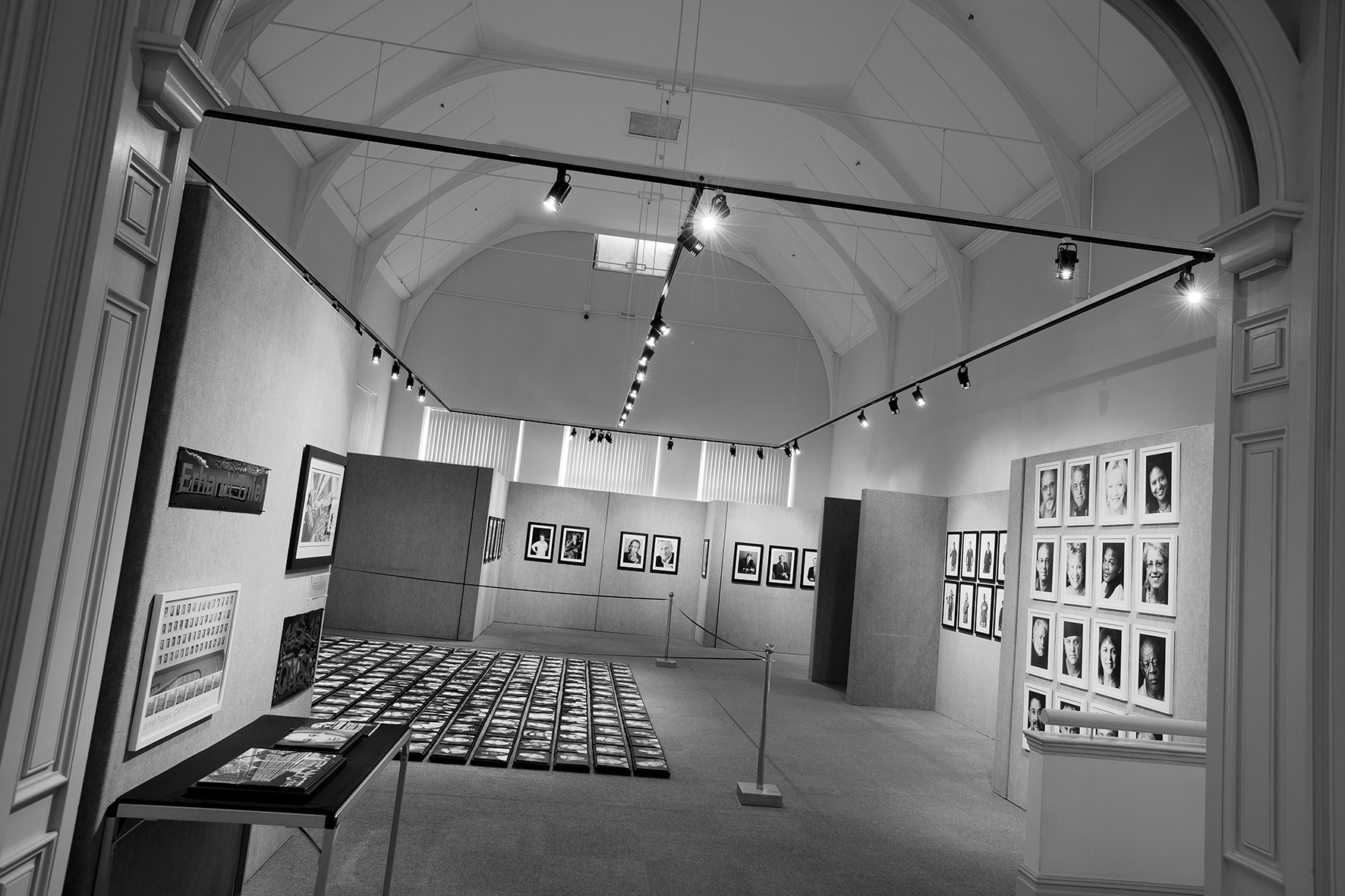 Interestingly the subjects featured in the installation were picked completely at random.  Thiel opted for a simple setup with just a few lights and asked 256 random students who happened to be passing by if they wanted to take part. He also only took one photo of each – one image, that’s it. Once the exhibition is over the books will be given to the students in the photographs.  Much like Thiel’s previous exhibitions the exhibition was designed to disappear, it’s not permanent.

The books in this exhibition were all sponsored and printed by Photobooks at Orms Print Room and Framing. 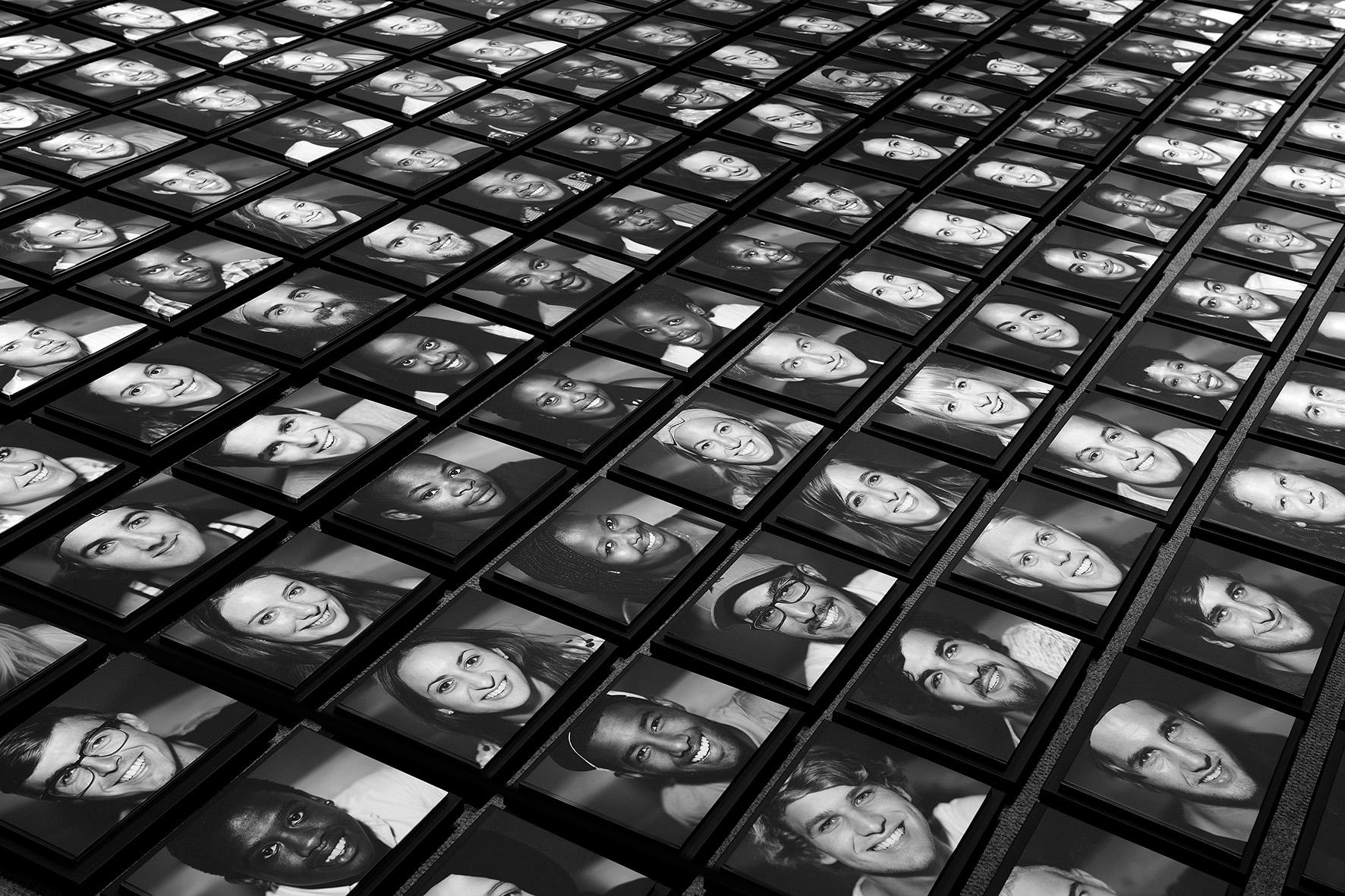