Gordon Clark will be exhibiting a selection of works at the FNB Joburg Art Fair, including his Turner Adams series of nudes.

The First National Bank Joburg Art Fair opens on the 7th of September 2012 at the Sandton Convention Centre. The fair has taken place annually since 2008 and is always an exciting time for South African artists as they get to showcase their work to an international audience. This year’s list of participating galleries is quite extensive and includes exciting new work from some of our top photographers and fine artists.

One such artist is Gordon Clark who will be showcasing a selection of new and old works from various bodies of work in association with ARTCO Germany. We have been captivated by his new series centred around the life of Turner Adams, of which three images will be showcased. The entire series will be on show at Commune1 early next year.

Below is the written accompaniment to the series and a sneak peak at some of the images: 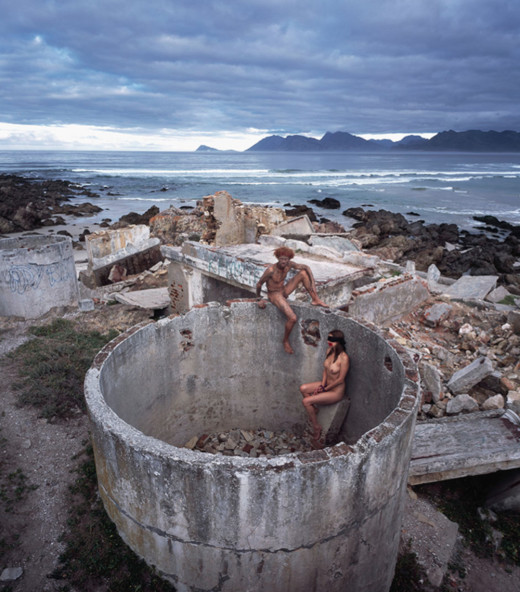 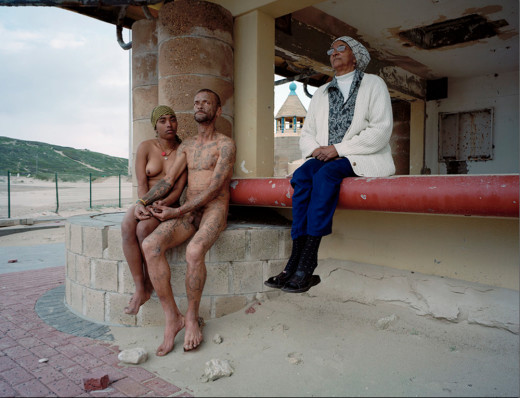 Gordon Clark – Summer Holidays with Renee, Me and my Mommy 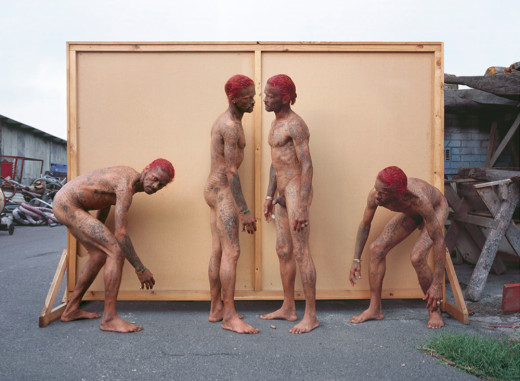 Photo at the top: Gordon Clark – Fish Out of Water

Young Turner Adams had longed to become a priest; the embryo of his innocent passion flowering through six years singing in the Choir of the Holy Cross Church of District 6, the place he once called Home.

One day, everything changed; Apartheid’s wolves rumbled into his street, and his suburb was razed, the city’s innards gutted, the little boy’s heart torn out, his community back-handed to the outskirts – an industrial gulag.

Today, the flattened wasteland that the established community left in tears still haunts our collective conscience; ‘District 6’ is a synonym for social engineering gone tragically wrong; 160,000 souls gouged from the embrace of the city and driven to a collective called the Cape Flats; where, daily, they are mocked by the cruel irony of suburb names; the pretty-sounding Lavender Hill, which has not a lavender in sight. There, a societal boil festers in its own humiliation and conspiracies of silence; it is a place where 72% of all males aged 16 to 26 rotate through the prison turnstile, and 90% return back to prisons that are overpopulated by a staggering 300%. It is a hell-hole where “going home” is an unashamed colloquialism for “incarceration”; internment that, in spite of the dubious choice between gang-rape or joining a number-gang, still manages to feel to its unfortunate citizens more like home than does the even more dangerous and uncertain freedom of the social war zone that is civilian street.

An observation of Turner Adams via “Memes”:
The Outcome

Memes (pronounced meems) are cultural analogues to genes; infectious ideas that self-replicate, mutate and respond to selective social pressures: A meme is “an idea, behavior or style that spreads from person to person”; it is the unit that carries cultural ideas, symbols or practices, transmitted from mind to mind through writing, speech, gestures, or rituals.

The cells of our DNA do not belong to us – they belong to the collective – we only borrow them for a short life and then hand them on to our issue, who, in their turn, pass them forward to a later generation. A billion generations of ancestor; a river of coded information stands at each of our backs; a deluge of genes flowing down the eons, from the primordial soup and through ancient seas, creeping among dinosaurs, and dragging it’s knuckles across Africa’s plains.

But before this journey erupted from Africa an epoch ago, the broth that is the hominid-gene birthed a strange new thing, a new form of data that took its hold as master of our destiny: The accumulated information of chemical gene created meme – infectious awareness; small ideas that weave webs in thinking, meshes that trap and milk us of our industry; some building our empires, others returning little more than blind conviction as their reward.

The meme has spun its religions; through that faculty it evolves, it hacks the R-Complex – the brooding reptilian portion of brain that lurks in each of our heads; the seat of our aggression and territory; and there it draws its battle plans for self-preservation.
It sings its challenge from the minaret, its rival clangs a response from the church bell close across town.

And, below, in the choir, the lad sings his lullaby to an ideal he’ll never know; a life that other memes, in other heads, have determined he’ll never attain.
And the fuse is lit, and the community is ripped and shredded until the tatters of its own highest dreams are shards of perished litter silently flapping in the rubble.
And the boy becomes a man, and the man carries two half-worlds within him; representing both, he is neither. He is stark; his story etched with blatant fury; emblazoned and unmaskable.

And he returns to where he departed, to where he left the boy that once was him; he visits the places where the scant memories still lie crucified, hoping against hope that they may resurrect; straining to hear the thinnest reed of that sweet song within him once more.

But the snarl of broken walls is a deafening roar, and only strangers are there now, rudely interrupting and demanding a coin for him to pass; the empty parapets of this home that-once-was are a prison without bars, an island of dashed hope in a sunken memory.
Standing in the ruins he contemplates two choices that were never choices at all – a dimly recalled home that exists in tattered dream-world, and a colloquial home that is no more than a nightmare; but, whichever he chooses – the living nightmare or phantom dream; neither will inoculate him from the grip of circumstance and prejudice that has been his reality too long now.

We are all naked. We may mask our skins with ink depicting fearsome gargoyles and redundant comic strips, we may drape the cloak of determination ‘to-do’ or ‘to-be’, and wear it with aplomb as if it is manifestly real; but we are not ourselves; we are mere actors dancing in a costume; a mélange of ancestors’ used rags. As we sing from the song sheet of our culture, we know we dare not bend the lyrics too far – when we go off key, we are out of the choir; we are driven to fend alone.
That terror always stalks us, because we are not made to live lonely; we are communal. So, the ultimate question begs; are we inexorably condemned to become that new place where fate pushes us?