Implemented Environments is now on show at the Brundyn + Gonsalves gallery in Loop Street, Cape Town.

Implemented Environments is now on show at the Brundyn + Gonsalves (formerly iArt) gallery in Cape Town. Featuring works by various South African artists, including Zwelethu Mthethwa, Willie Bester and Sean Slemon, the exhibition is centred around the theme of “green issues”.

Below you’ll find some of the works on display, as well as the exhibition’s press release. We’ve also embedded a video interview with Zwelethu Mthethwa at the end of the post. 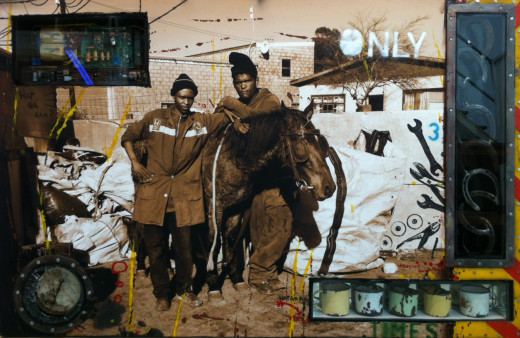 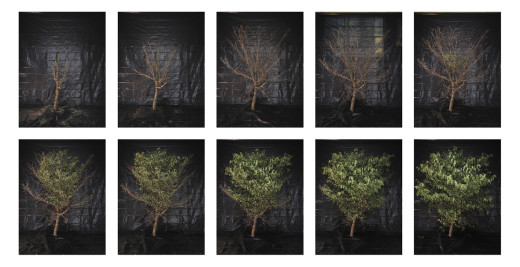 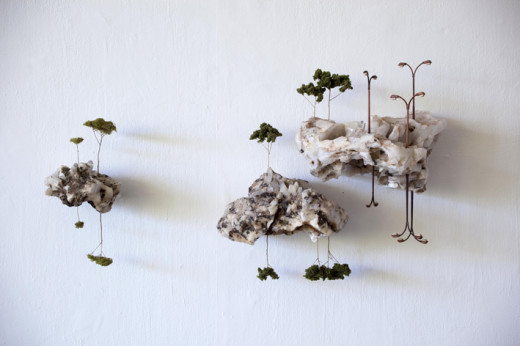 There can be little doubt that “green issues” are at the forefront of contemporary collective consciousness. Notions of recycling, climate change, and environmental sustainability are all pertinent topics of discussion and have manifested themselves in such diverse initiatives as the United Nations Environment Programme’s Billion Tree Campaign and Greenpeace. With the upcoming COP-­‐17, UN Climate Change Conference in Durban all eyes will be on South Africa as a central figure in this global dialogue.

Yet to view a notion of environment in isolated terms of its nature connotations is to ignore the fundamental interrelations of the word in its broader context. The Oxford English Dictionary supplies multiple definitions of environment including:

With this in mind, Brundyn + Gonsalves proudly presents Implemented Environments. The exhibition incorporates a diverse array of responses to the theme although consistent throughout is a frank honesty in the artists’ reflections. Indeed the exhibition runs the gamut from the whimsical to the confrontational. Implemented Environments marks an insightful and relevant investigation into South African artists’ meditations on notions of environment; whether addressing ecological, economic or sociopolitical conditions or simply reflecting on the earth-­‐human connection.

More about the gallery.