In process since 2006, Isilumo Siyaluma deals with women’s rights in African culture, specifically the poor treatment of black lesbians and corrective rape. Comprised of manipulated images of body imprints created with Zanele’s own menstrual blood, the works are visually beautiful from a distance, but upon closer inspection reveal the photographer’s close personal connection to the topic.

For more information about Isilumo Siyaluma, please refer to the press release embedded at the end of the post.

The exhibition will open on Thursday 3 November 2011 at 18:00PM at Blank Projects in Woodstock, Cape Town, and will run until 26 November 2011. Lauren Smit at the Orms Prophoto Lab printed the project. 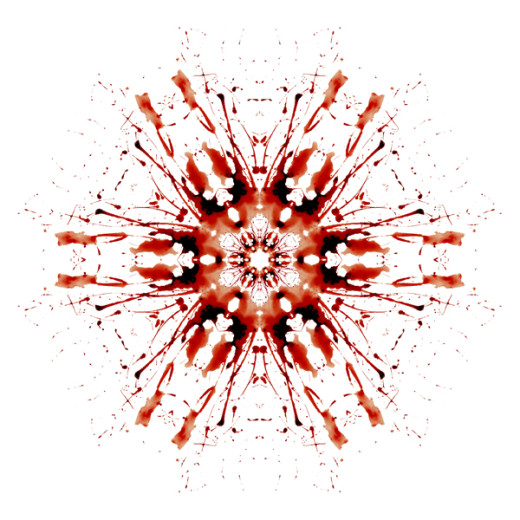 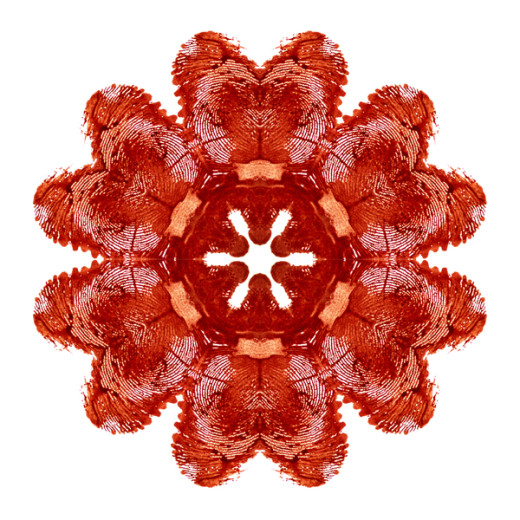 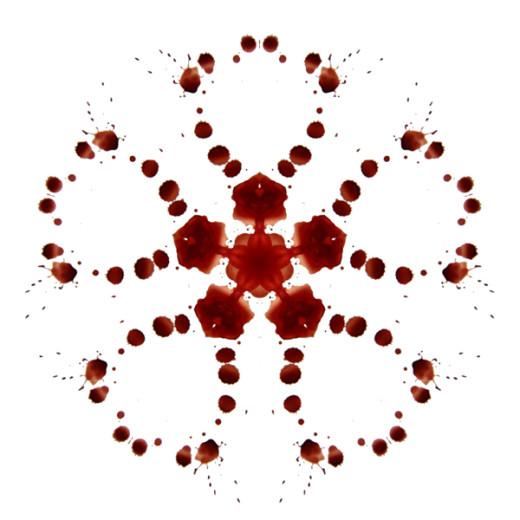 Press release
Isilumo siyaluma is a Zulu expression that can be loosely translated as “period pains/periods pain”. Additionally, there is an added meaning in the translation that there is something secretive in and about this blood/“period in time.”

At one level, my project deals with my own menstrual blood, with that secretive, feminine time of the month that has been reduced within Western patriarchal culture as dirty.

On a deeper level then, my menstrual blood is used as a vehicle and medium to begin to express and bridge the pain and loss I feel as I hear and become witness to the pain of ‘curative rapes’ that many of the girls and women in my black lesbian community bleed from their vaginas and their minds.

Between March – May 2011, three (3) young black lesbians under the age of 25 were brutally murdered in various townships. Nokuthula Radebe (20), Katlehong, whose body was discovered on Monday 28th March late afternoon around 5pm by kids playing in an abandoned building in Everest Thokoza, Ekurhuleni. According to FEW website, her friend Simangele who saw the body before it was taken by police say that Nokuthula’s pants were pulled down, but was still wearing her underwear. Her faced was covered by a plastic and had been strangled with one of her shoelaces.

Noxolo Nogwaza (24), Tsakane, Johannesburg. Her body was found lying in an alley in Kwa-Thema at about 9am on Sunday, April 24 2011. Her head was completely deformed, her eyes out of the sockets, her brain spilt, teeth scattered all around and face crashed beyond recognition. Witnesses say that an empty beer bottle and a used condom were stacked up her genitals. Parts of the rest of her body had been stabbed with glass. A large pavement brick that is believed to have been used to crash her head was found by her side.

Nqobile Khumalo (23), KwaMashu F-section, Durban, went missing on May 4 and her body was found in a shallow grave near her parents’ home two days later.

As we continue to live and survive in troubled times as black lesbians in South Africa and within the continent, where rampant hate crimes and brutal killings of same gender loving women is rife. This ongoing project is an activist/artist’s radical response to that violence.

I continue to bleed each time I read about rampant curative rapes in my ‘democratic’ South Africa.
I bleed every time queer bodies are violated and refused citizenship due gender expression and sexual orientation within the African continent.
I constantly bleed when I hear about brutal murders of black lesbians in our townships and
surrounding areas.
I’m scarred and scared as I don’t know whose body will be next to be buried.
I bleed because our human rights are ripped.
I cry and bleed as mothers, lovers, friends, relatives lose their beloved ones,
let alone the children that become orphans because of trans/queerphobic violence.
We bleed, our life cycles invaded, we bleed against the will of our bodies and beings.

Each patterned piece in this series represents a ‘curative rape’ survivor or a victim of hate crime,
the physical and spiritual blood that is shed from our bodies.

On Friday the 4th of November 2011, as part of the exhibition, Muholi will be in dialogue with twelve women in which each participant will relate her own relationship with blood/menstruation and the functions of female bodied beings. The talk will also revolve around the fears of being raped or having survived sexual assault or how people respond to such violent incidents when hearing or reading about them in media.

Activist/artist Zanele Muholi (b. 1972 Umlazi, Durban, lives and works in Cape Town & Johannesburg) completed an Advanced Photography course at the Market Photo Workshop in Newtown in 2004. She has exhibited extensively locally and internationally. Her numerous accolades include the Casa Africa award for best female photographer (Les Rencontres de Bamako biennial of African photography), the Fanny Ann Eddy accolade by the International Resource Network in Africa (IRN-Africa) and an LGBTI Art & Culture Award. She is represented by Stevenson Gallery.