The Shining Girls Charity Art Show will be opening at the CTSP tonight, featuring over 90 works by SA’s top artists.

This is one not to miss: The Shining Girls Charity Art Show for Rape Crisis Cape Town Trust will be opening tonight at The Cape Town School of Photography.

The incredible exhibition features 94 works by 67 of South Africa’s most prominent artists, both well-known and upcoming. Each artist was given three pages torn from Lauren Beukes‘ latest book, The Shining Girls, and free reign to create as they pleased – the artists could interpret the words on their given pages, or use the general theme of the book.

Overall, the show has resulted in some truly amazing and diverse works – we had a sneak peak earlier today, and this is one exhibition that no creatively-inclined person should miss!

Each artwork will be on sale for R1000 on a first come, first serve basis, with each buyer limited to purchasing only one work. 100% of the sales from the show will go towards the Rape Crisis Cape Town Trust. Read more on Lauren’s blog.

Here’s a few teaser images, and the press release below: 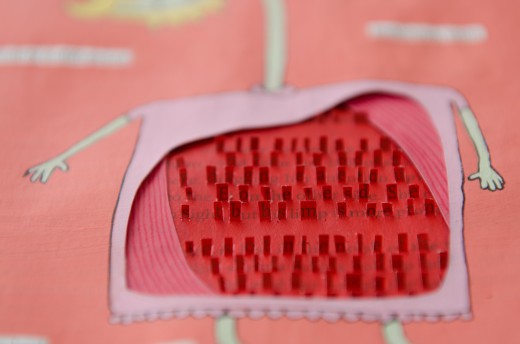 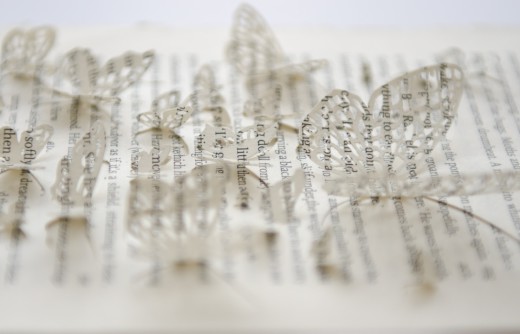 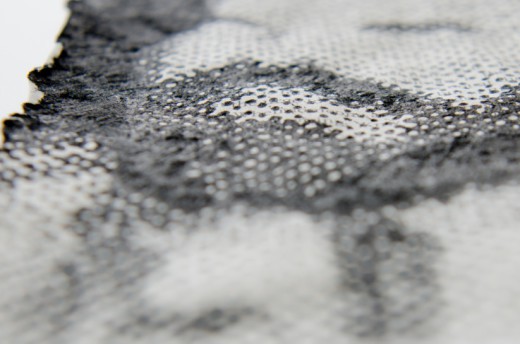 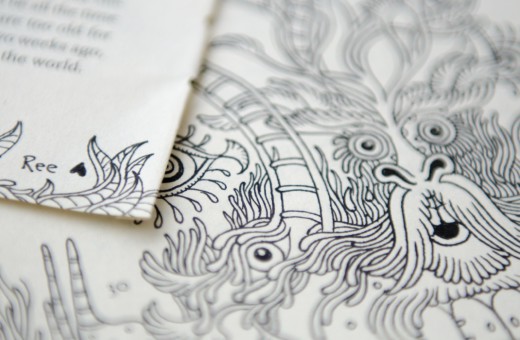 Award-winning author Lauren Beukes, and design curator and consultant, Jacki Lang, have come together to create an exciting charity art show as part of The Book Lounge’s Open Book Festival taking place in September. The event, loosely themed around Beukes’s international hit novel, The Shining Girls, will showcase amazing local talent, with all proceeds going to Rape Crisis – an incredible charity that actively fights violence against women and supports survivors.

The team approached a selection of over 50 hand-picked South African artists, designers, illustrators, photographers and even jewellery designers to participate in the collaborative exhibition. The artists were sent pages that had been ripped out of the book and invited to create new and original pieces of art with them – inspired by the many themes the book invites: from the loops and tangles of history and time travel through to all the eras the book encompasses: from 1930s burlesque to 1990s punk.

All the works will be framed and sold with 100% of the proceeds going to Rape Crisis. We’re hoping to raise R50 000. In the interests of making the artwork accessible to the widest audience and raising as much money as possible, all the works will be sold at the same very affordable price of R1000 each. The exhibition will enable art lovers to purchase original new works from some of South Africa’s most talented artists. It’s also an opportunity for artists to create new pieces outside of their existing portfolios. How each artist responds to the brief and the vastly varied creations that come out of it are part of what makes the the show so interesting.

The event is very generously supported by The Cape Town School Of Photography who will be hosting the show in their gallery space in the arty Fringe district and also photographing all the work for us. The costs of the exhibition are being covered both privately and through sponsorship from Umuzi, the publisher of The Shining Girls, and Pick n Pay.

In the interests of keeping it accessible to all, there will be no previews or reserves.

We put together a wish-list of South African artists across various disciplines from illustration and painting to sculpture, street art and jewellery design, asking them to create an original work they would be willing to donate for the show.

 Rape Crisis has been empowering women on the road to justice and supporting them on their journey to recovery since 1976. They are an awe-inspiring organization with a long history and a daunting mission. They need all the support, funding and awareness we can help them with in order to improve their impact in our urban communities to combat violence against women and support rape survivors. If the femicide, rape and child abuse rates in this country make you angry, you can make a difference. Last year they faced closure and are still not out of the woods financially in spite of the evident need for their essential services. Director, Kathleen Dey says: “We were in part pulled back from the brink by the incredible support and generosity of our community of supporters, who gave generously of their time and money, and in part by the amazing dedication of our staff, who worked alongside our volunteers without pay for months on end.”

Lauren Beukes is an award-winning, best-selling South African author. Lauren has a history of doing charity art projects loosely themed around her novels and has previously raised money for ex-offender rehabilitation organization Khulisa and The Suitcase Project for refugee kids around Zoo City and for the women’s group the Montagu Sew & Sews around Moxyland. She promotes South African talent internationally whenever she can, often through interesting collaborations, including the Zoo City and Moxyland soundtracks from African Dope.

Jacki Lang is an independent South African design curator. She recently moved back from London after working as a curator, gallery manager, design writer and consultant for eight years. Her previous group art shows for charity in London include Napkin, which raised money for The Peninsula School Feeding Association & Concern Worldwide.

The Shining Girls is a novel about a time—travelling serial killer who hunts young women full of burning potential — and the fiery survivor who turns the hunt around. It’s a high concept thriller that also explores how we are haunted by history, how women’s roles and rights have changed in the 20th century and what violence does to us on an individual level and as a society.