Photographer, Anthony Friend, collects his prints at Orms Print Room and shares how he discovered the artist within himself.

Anthony Friend came into Orms Print Room & Framing on Thursday to collect his large format black and white Giclee prints and was like an excited kid in a candy store. Let’s get things clear though; Anthony is a very established photographer, having shot high fashion in New York professionally for some of the top agencies, big brands and publications; such as Harpers Bazaar, Cosmopolitan and L’oreal, amongst others.

His excitement stems from this being his first project removed from the commercial constraints of fashion photography. It’s the first project that he has shot and produced for himself. He had become tired of his career, as he says, “being only as good as the model, makeup artist or stylist”.

There are about twenty black and white photographs, which are all shot very intimately. Just him, the models, and natural, ambient light. They have a purist sensibility, so far removed from the aesthetic of commercial photography. The project arose inadvertently. He was shooting a clothing campaign, which he wasn’t satisfied with. So suggested that the model take off the clothes and run across the studio. As she was doing so, he came across some potters’ clay. He mixed it up in a liquidizer, painted her with it and told her to run across the studio. He was so moved by the results that this is what formed the basis for his new incredible series.

It’s like he discovered his creative voice, allowing him to visually express himself through his photographs, which became about him and the beauty he, himself, saw and created. “It’s the first time I felt like an artist”, says Anthony.

The photographs all have a tactile and raw quality, enhanced by the media of being printed in black and white on textured German Etching paper. The images translate differently when viewed printed on a large scale, and Andrew proves this, as he whips out his iPad and presents his photographs on screen. The experience of a physical print is intimate and accessible. This feeling of connection simultaneously communicates what Anthony felt whilst shooting, which the viewer is able to access too, as opposed to the detachment generally identified with fashion photography.

Here are some pics of him and his prints, shot in Orms Print Room & Framing: 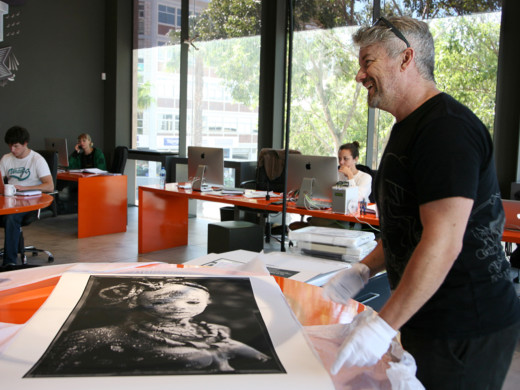 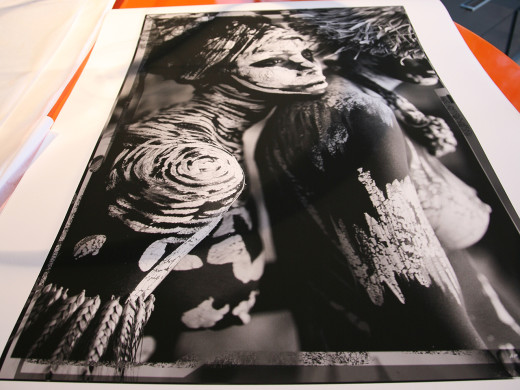 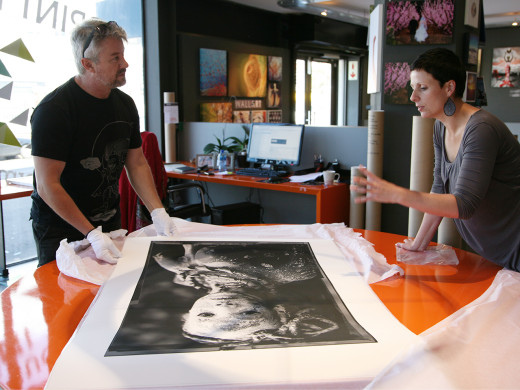 Behind The Scenes in the Orms Photobook Factory
Inspiration: Personalised Glass Cutting Board
Featured Artist: Tony Gum
Printing on Metal with Jordan-Lee Garbutt