The time slice or bullet time effect, made famous in The Matrix, involves using a large array of cameras simultaneously recording a scene, which effectively allows you to stop time and rotate your subject around. Of course, doing this underwater brings ups the complexity of the rig somewhat, and you have to ensure that all the cameras being used are completely waterproof. Jonathan made use of DiCAPac underwater housings as a very cost-effective way of waterproofing the DSLRs used in the shot. 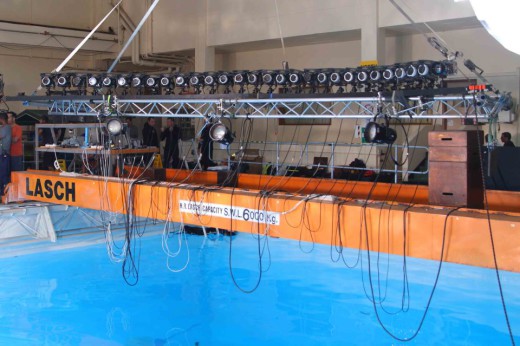