The third revision of Fujifilm’s popular X100 and X100S cameras has been revealed as the Fujifilm X100T, featuring a refined design, new controls and an updated hybrid viewfinder, all built around the same great 16 megapixel X-Trans II sensor and compact 23mm f/2.0 lens.

The X100 has never claimed to be the best camera, nor the most versatile. It does a few things, and it does them very well. Fujifilm introduced the latest X100T with: “The thrill of control. The passion for shooting.” and that’s essentially what the camera is all about. It’s a compact camera with a large sensor, a brilliant fixed 23mm (equivalent to 35mm) lens, manual control dials for aperture and shutter speed, and the excellent optical/electronic hybrid viewfinder. If this sounds great to you, then read on for all the details of the latest X100T.

The announcement also revealed a new MHG-X100 hand-grip, which will be backwards compatible with existing X100 and X100S cameras.

The camera was only announced a few hours ago, so we don’t have any confirmed local pricing and availability yet, but send us an email if you’re interested in the camera. 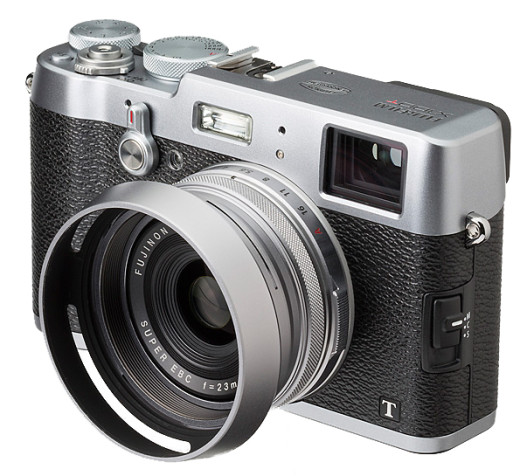 The Fujifilm X100T with the optional lens hood. 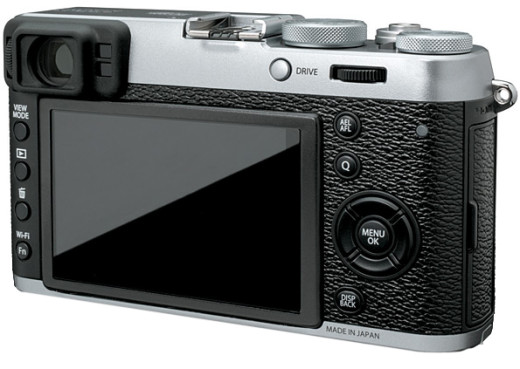