The photos were taken at subway and metro stations in Berlin, Frankfurt, Vienna and Dubai, and we’re guessing that Nick accomplished the clean aesthetic through compositing – taking multiple photos and layering/masking them to remove the commuters. 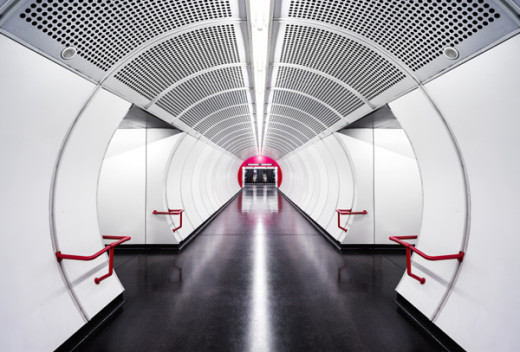 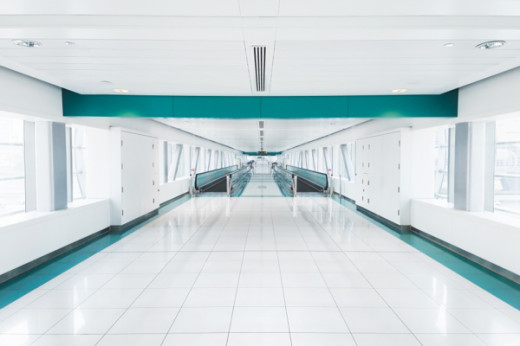 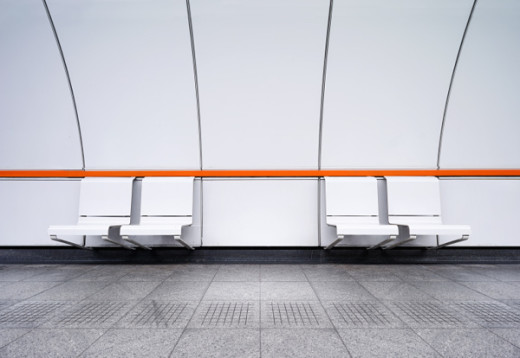 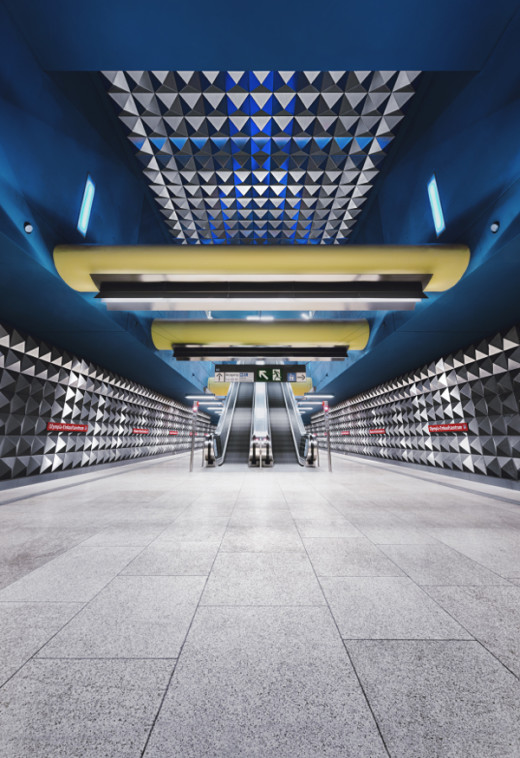 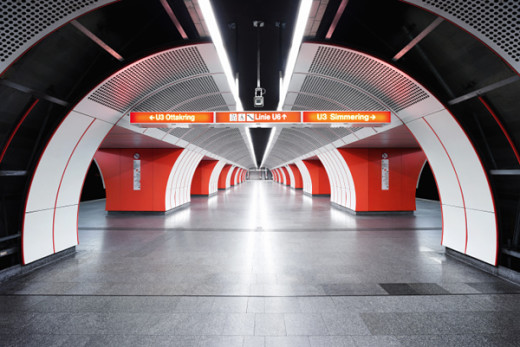 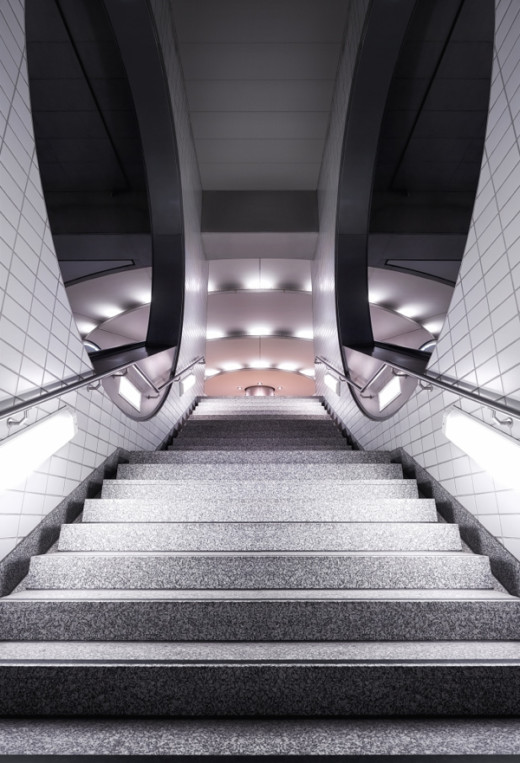 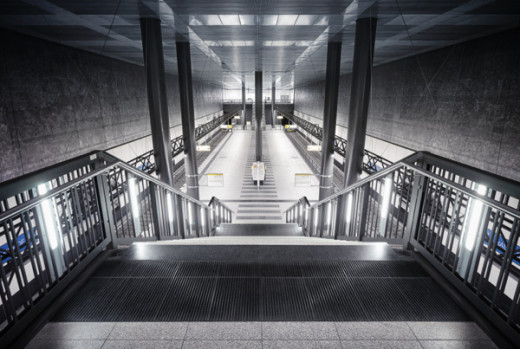