The official GoPro App for iOS is now available, allowing you to see what your HD Hero2 sees on the display of your phone or tablet!

The official GoPro App for iOS is finally available! Since the GoPro Wi-Fi BacPac & Wi-Fi Remote Kit became available a few months ago, keen GoPro users have been anxious to get their hands on the GoPro App for smartphones – and now they can.

An Android version of the app will be available soon – stay up to date on the official page.

Note: Demo video may showcase features to be released with future versions of the app.

So, what does the GoPro App do?

The app allows you to see what your GoPro HD Hero2 with an attached Wi-Fi BacPac is seeing on your smartphone or tablet’s display. You can also control multiple GoPro cameras using the app and WiFi BacPac. Here’s what GoPro has to say:

While the app is free, it does require the GoPro HD Hero2 and the Wi-Fi BacPac and their respective firmware updates to function. Read more on the app’s page. 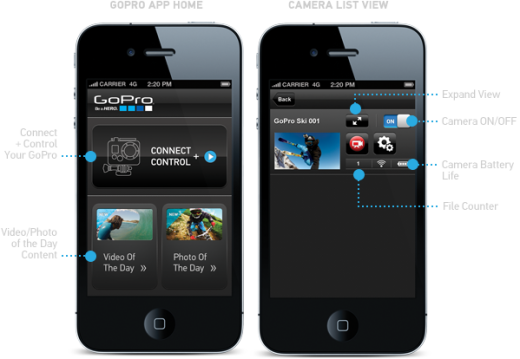