View the local GoPro Hero3+ pricing and availability information, as well as the brilliant announcement video.

GoPro announced updates to their popular Hero3 series of action cameras last week, with the new Hero3+ Black and Hero3+ Silver editions featuring multiple improvements, including a sharper lens and smaller bodies. But, before we dive into the specifications, take a look at the amazing announcement video we’ve come to expect from GoPro:

What’s new? The GoPro Hero3+ Black Edition is the smallest and lightest GoPro camera yet – it’s 20% smaller than the previous models, which makes it the most mountable, wearable and versatile GoPro ever. It features a brand new lens, which increases sharpens by 33% and reduces imaging artifacts. GoPro users will also be pleased to know that the Hero3+ Black Edition has a 30% longer battery life thanks to more efficient electronics, and that the audio quality has also been improved, allowing you to capture even the most subtle of sounds. With upgraded WiFi connectivity, you can now control, view and share content  faster with the GoPro WiFi Remote and GoPro App – and you can even update the camera’s firmware wirelessly through the app. Other new features include SuperView, which offers an even wider perspective, a new Auto Low Light mode that intelligently changes frame rates based on the lighting conditions. 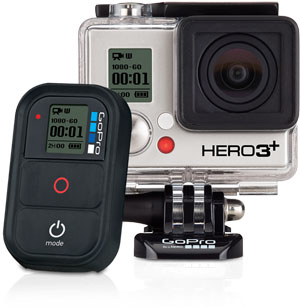 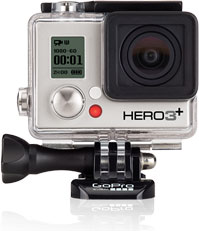 View the latest by GoPro available at Orms.