Johannesburg-based photographer Neill Soden has put the Fujifilm X-E1 camera to the test in a hands-on review.

Review and photographs by Neill Soden.

A couple of weeks ago, Fujifilm South Africa contacted me and asked if I, as a photographer would like to review their X-E1 compact interchangeable lens camera. I was really excited to look at it, as this was something I was ready to buy for myself anyway.

For more technical info, view the X-E1 on Orms Direct.

How I Feel About The Camera

I am absolutely in love with it, the look and feel sold me the day I saw it online. Everything on the camera is cool; the dials, the metal, the retro look, even down to the aperture ring on the lens. I have never shot film or experienced that era of cameras, but it just felt authentic and there is a certain romance about it.

It has the old-school feel and is all-metal, the lens feels expensive and it’s well built. 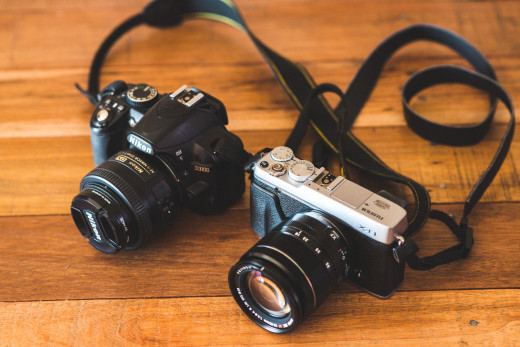 Coming from the bulky DSLR side, I like the size. It’s nowhere close to being able to pocket, but it can be put in a small carry bag, like my wife’s handbag. However, the size can be deceiving and when you put it next to an entry-level DSLR, it is not that much different. I am not going to split hairs here over lens types when you compare the size.

What you need to look at more, is the benefits you get out of the camera. Like the low noise is great, and I can not say this more: the great image quality is just mind blowing! 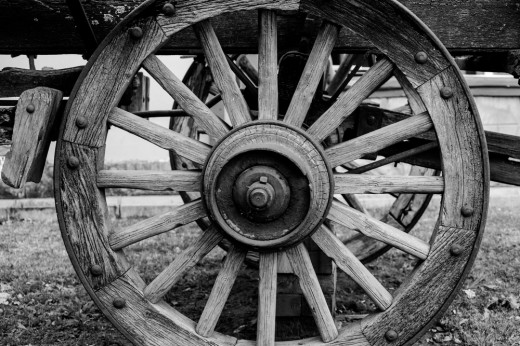 I was supplied with the standard 18-55mm f/2.8-4 lens. Personally I prefer prime, fixed focal length lenses, but I was very impressed with this “kit lens” when you compare it to the 18-55mm lenses of DSLR cameras. The advantage it has, is that at 18mm you can open it up all the way to f/2.8, great for depth of field and low light. Unfortunately not the greatest for faces, as they will distort a fair amount, which one can fix to a certain degree in post-production.

With the sensor and the exclusion of the anti-aliasing filter, you can effortlessly get sharp images even at shutter speeds as low as 1/15 s. 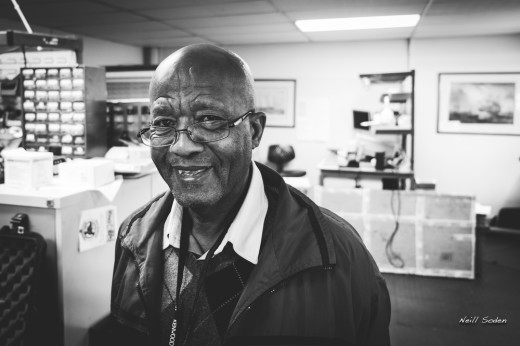 Sharp photos at slow shutter speeds with no mirror to create vibration. This is at 1/9 s.

One of the things that would make me get a camera like this, beside the carry-around size, is the image quality you get out of it. It can firmly stand its ground next to a pro-DSLR any day. It is an every day camera, even with its quirks. It has Fujifilm’s splendid film simulations, with some custom settings like highlights, shadows and colour. This results in very little to zero editing on a big percentage of my images. You can take the JPEG and post it as it is. As much as I love the editing process, I find there is a certain amount of gratification in taking the photo and getting it out straight away without the editing.

I ended up mostly shooting in RAW+JPEG mode, to better see what the camera did with the photos while using the film simulations, mostly jumping between Velvia, Astia and black-and-white with a yellow filter. 80% of the time, when the lighting and exposure was on my side, I kept the JPEG.

The camera was usually set on aperture priority and I adjusted the exposure with the EV-dial. It was much the same as a DSLR, but the difference was the sub-dials one finds on the DSLR-body. What was delightfully different, was the old-school aperture ring on the lens where you set your F-stop and set the shutter dial on the top to ‘A’ if you need aperture priory. To do the opposite, you set the aperture ring to ‘A’ and now adjust your shutter on the top dial. It’s easy enough to just take both out of ‘A’ and you’re in full manual.

ISO was easy to adjust with the Fn button and you could set a static ISO or AUTO ISO, but sadly I could not tie it to a minimum shutter speed like on the X100S. 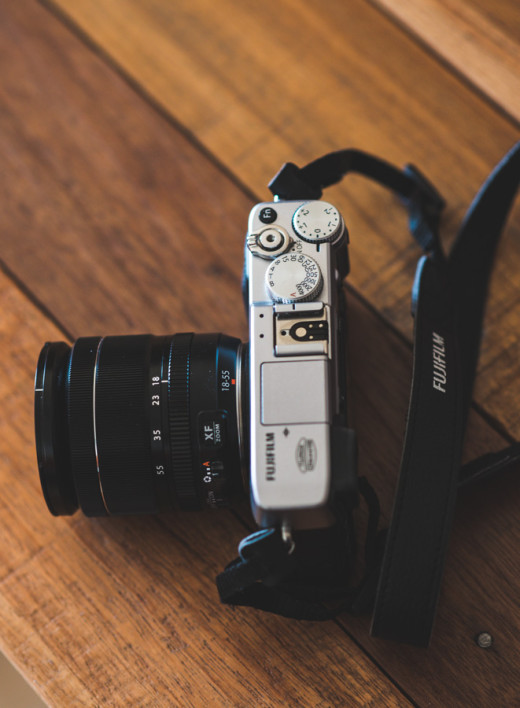 Top view of the controls.

The biggest issue floating around on the net is the controls for the AF points. To set the focus point, you need to use your left thumb to enable it, then your right thumb on the directing dials to move it. It is a tedious process and often make you miss the focus you were looking for.

I’ve heard there is a firmware update coming out at the end of July that will allow you to assign this function to the Fn button on the top of the camera next to the shutter button.
The Q-button soon became my best friend, as it allowed me to quickly change the important settings like ISO and film simulation. But even better was that it had 7 presets or custom settings that I had set up to allow me to jump around between some settings quickly. 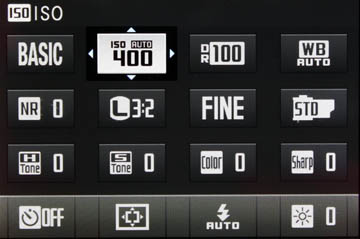 Menu under the Q button.

Even though I found this handy, it is not one of my personal requirements for this type of camera. Besides, it surely does look very silly with the huge SB900 on it!

Here lies the biggest issues and most quirks of the camera.

Autofocus is not the fastest, but as firmware updates come out it gets better. I was working with 1.06 coming from the speed of DSLR and you do notice it when you first start using the camera. Though, with my style of shooting it did not bother me too much. Where it became harder was single/solid colour and dark areas, but with the help of the AF-assist lamp it was better in the dark if my subject was close enough.

The speed when jumping from the back LCD to EVF can be annoying and slow to change with eye sensor. I found the best was to set it to EVF only and change to LCD only when I need to look at the menus. The way the screen and EVF works and switches can be customised. 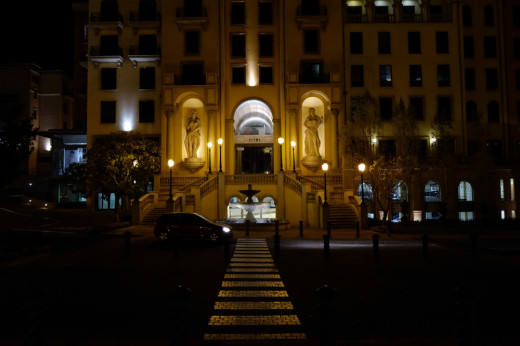 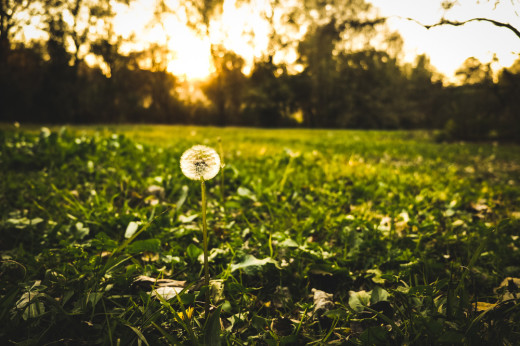 In the end, I really like this camera. I love the feel, the look and the retro controls. The issues with speed are being addressed with firmware updates, and I can live with the AF-button in the wrong place. The only thing that would hold me back is the electronic viewfinder. I would prefer the option of the optical viewfinder that comes with the XPro-1, which comes at a higher cost and is also a bigger camera. Personally, I would also prefer the 35mm f/1.4 lens over the 18-55mm.

While writing this article, this news was released: “Focus peaking and one handed focus point change are coming to the XPro-1 and X-E1.” Read more here.

All this is a very much a personal opinion, there are a lot of pros and amateurs that use this camera and they are happy with the way it performs and deals with these issues and quirks. It all boils down to what you want to do with the camera.

This is a camera for the amateur, the street photographer, the enthusiast, the photographer who wants a Leica but can’t afford one. It is just a different feel and style to a DSLR, but with all the quality when it comes to the image and build. I loved using it.

The Namibian Skyline By Kyle Mijlof
The Outcome Of Turner Adams By Gordon Clark
Time-Lapse: The Air Traffic 2 By Milton Tan
A Look at the Tamron 18-400mm f/3.5-6.3 Di II VC HLD Lens