Ever looked at a photo and wondered how it was created? Here’s some in-depth analysis of three photos taken by Yvette Ebertsohn. 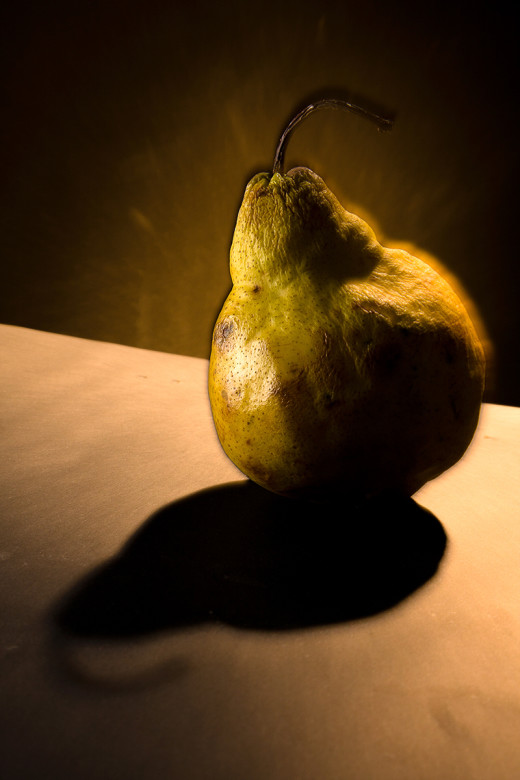 “A slightly unusual portrait of a well-past-prime pear is the goal of this studio still life. The lighting set up below tells most of the story: The softbox to the left of the camera lights most of the front of the pear, a second light with a honeycomb grid and barndoors lights the right edge of the pear and the stem from behind, and casts a shadow in front of the pear. A black board in front of this light blocked some of the light from reaching the bottom left corner of the foreground, to keep this area a little dimmer. The final light with a snoot is directed at a roughly textured black polyboard background from below and behind the subject, a black board was used to match the tone of the background with the surface the pear is resting on. 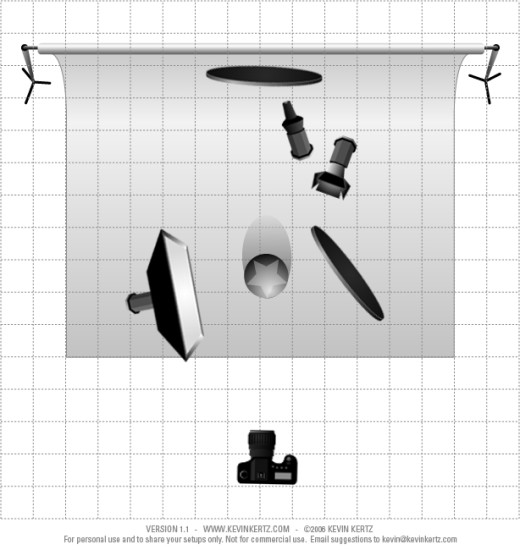 To create the softness in the background and around the edges of the pear a mixture of flash and tungsten modelling lamps were used, along with a change in focus midway through a 3 second exposure. To create the final image the exposure was started with the camera focussed on the pear. The main light with the softbox exposed the subject with flash at the start of the three seconds, and its tungsten modelling lamp was switched off to prevent it adding any extra exposure once it had flashed. After the flashes had been triggered the lens’ focus ring was moved to an out of focus position to create a softer, larger image of the pear.

The second light exposed the subject with flash at the same time as the main light, but continued to expose the subject with tungsten light from its modelling lamp once the focus setting had been changed. This results in a sharp highlight on the edge of the pear and a sharp shadow in front, both overlayed with a much softer large version of the same thing from the out of focus tungsten exposure. 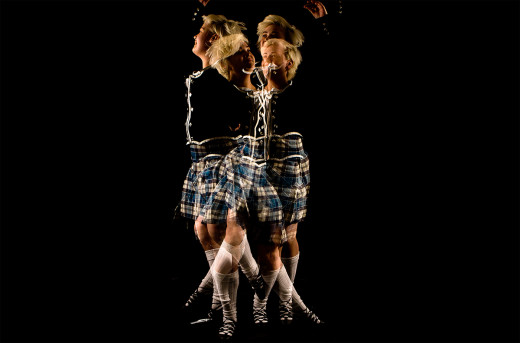 “Yvette Ebertsohn photographed fellow student, Kim Beck, doing a highland sword dance in studio. The multiple images of Kim were created by triggering the studio flashes four times (count the heads) during an 8 second exposure. After making the lighting set-up shown in the image below, the room lights and studio lights’ modelling lamps were switched off, the shutter opened and the flashes triggered manually four times while Kim went through the movements of the dance. The camera was kept on a tripod to ensure a steady perspective between all four flash exposures, and the lights had to remain off to prevent blurred detail overlapping with the frozen images.” 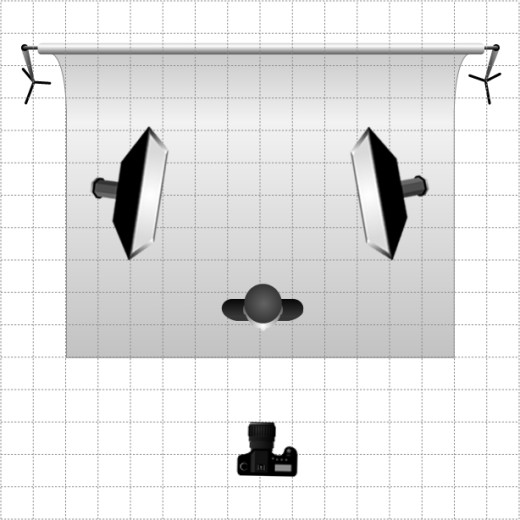 “This triptych was created in the darkroom using several 35mm negatives and handcut masks to expose each part of the image. The tree was made as a single mask, with different parts used on each section of the image. The photographic paper was placed under the enlarger, and the mask positioned to expose only the part of the tree that needed to go black. For the central part of the tree an additional texture mask was placed over the opening for the trunk, to allow some texture to be printed there.

Once the tree was exposed the paper could be moved to another enlarger to start exposing the figures. Each figure negative was placed in a separate enlarger, and because they all needed to print at different sizes, separate exposure tests were needed for each figure. In all the central image required one exposure for the tree and trunk masks, and another for the figure.

The left side image was made in three exposures, the tree mask and the back of the head, the two smaller figures were photographed on the same negative so they only required one more exposure. Four exposures went into the tight side of the image with the tree, rear view, and each of the standing figures needing their own exposure.

Assembling an image in this way allows a lot of control over the final result, but requires meticulous planning and careful execution, since a mistake in any one of the exposures, or even in the final chemical processing, would mean starting over again!”

Note: We will be posting more technical articles written by Eugene soon, with the aim of getting a regular post going out every Tuesday. In the meantime, if you’d like to learn more, get in touch with the folks over at the Cape Town School of Photography.