Take a look at Legacy of the Mine, the 2012 Ernest Cole Award winning documentary series photographed by Ilan Godfrey.

Ilan Godfrey‘s excellent documentary series Legacy of the Mine has been announced as the winner of the 2012 Ernest Cole award. The award, which is in its second year now after Dale Yudelman won it last year, was established by the University of Cape Town to offer the opportunity for photographers to complete their documentary projects.

Ilan, who is also a guest lecturer at Cape Town School of Photography, will receive R150,000 with which to complete the series, resulting in a traveling exhibition as well as a book.

“Ultimately I hope that this body of work ignites discussion around how as a society we need to stand together in bringing about a broader understanding of our shared resources. We need to acknowledge that the environment is as fragile as the people that live on the land. Growth and development is a perquisite for economic stability yet we must never forget the historical context of how we got here and how we should move forward into a balanced and equal future.” – Excerpt from essay

Below is Ilan’s winning series, as well as the accompanying essay at the end of the post. 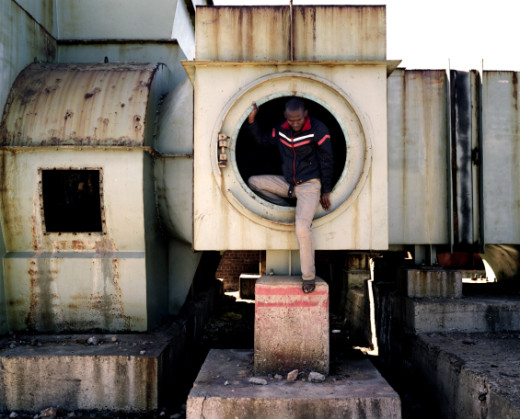 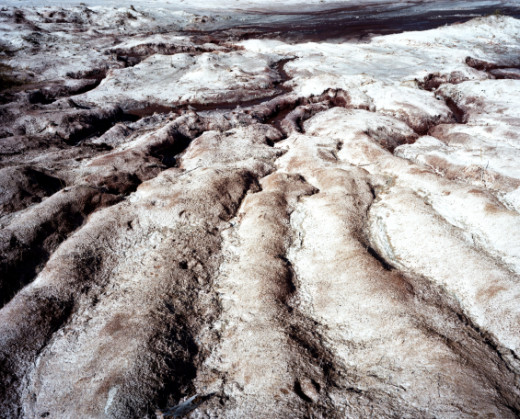 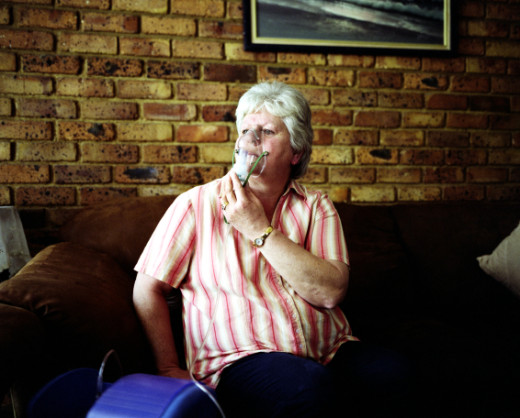 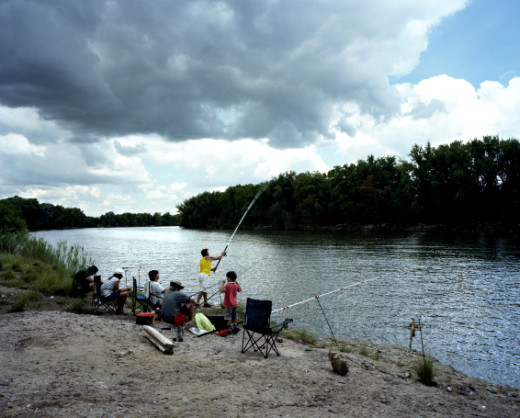 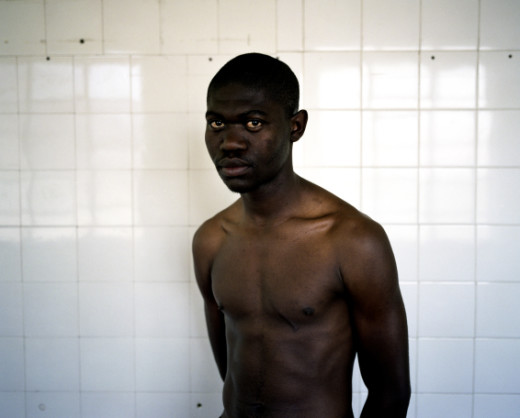 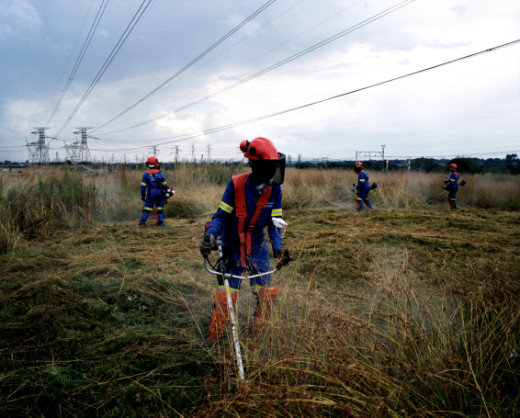 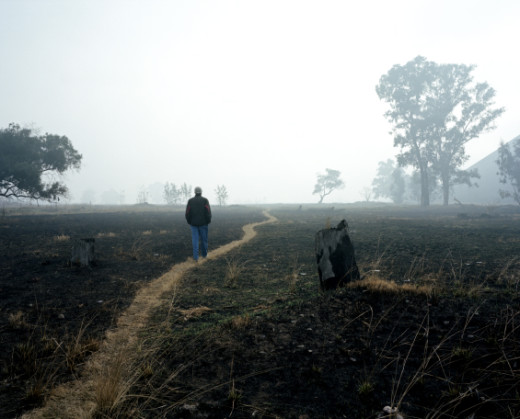 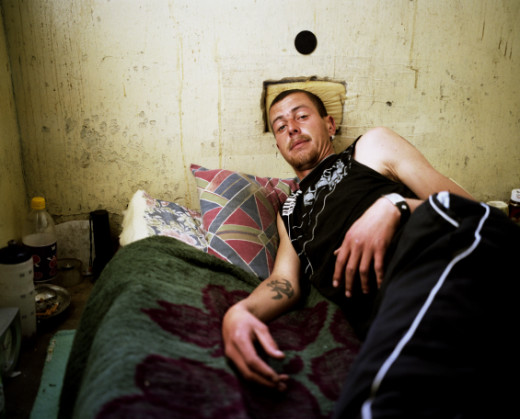 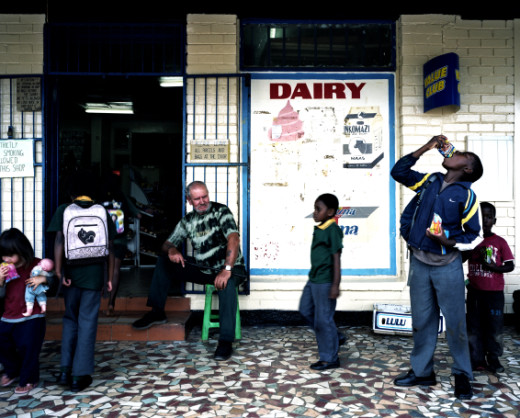 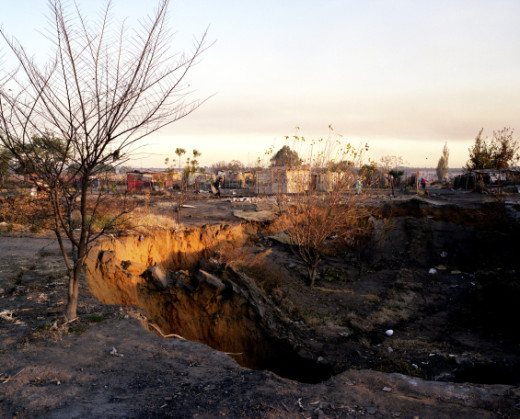 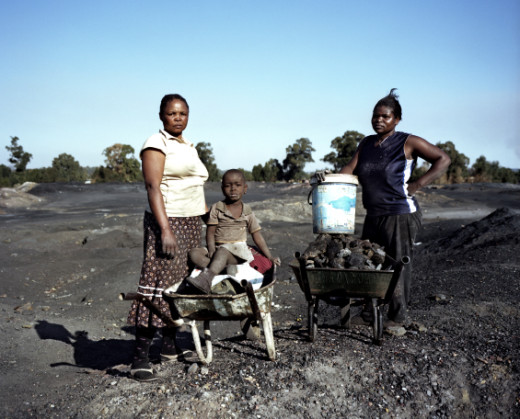 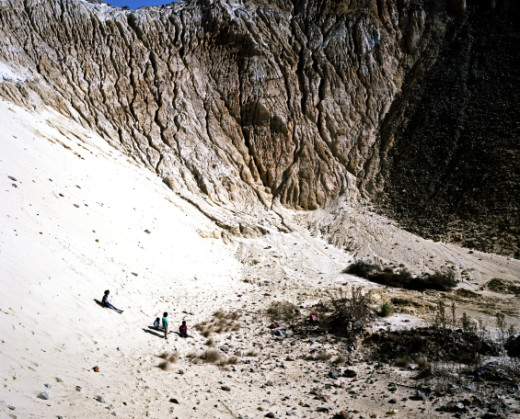 Legacy of the Mine

The people shall share in the country’s wealth “The mineral wealth beneath the soil, the banks and the monopoly industry shall be transferred to the ownership of the people as a whole”. – The Freedom Charter, 1955

For more than a century, South Africa has been associated with mineral wealth, both in diversity and abundance. The demand for gold, diamonds, coal and platinum has gone from strength to strength, often shifting in accordance with the political economy and availability of foreign markets. It has helped shape the landscape, as we know it today. Mineral exploitation has brought about national economic growth, making the mining industry the largest industrial sector in South Africa. Although the South African mining industry is no longer the leading global exporter of gold, and now falls behind China, Australia and the United States, it is still recognized globally for the abundance and variety of mineral resources, accounting for a significant proportion of world production and reserves. South Africa remains one of the leading producers of gold, diamonds, base metals and coal. The mining industry employs an estimated half a million people. In 2009, the Chamber of Mines estimated that around R200-billion (£15-billion) in value was added to the local economy through the intermediate and final product industries that use minerals produced by South Africa’s mines.

This project originally unfolded after my attention was drawn to the environmental implications of the mining industry around South Africa through self-funded visits to mining areas around Gauteng, Mpumalanga and the Free State. Although my subjects did not always directly reflect the legacy of mining-based pollution, the concept of ‘the mine’ became a thread that helped me frame my project. I was originally drawn to the way in which mining had revealed its legacy on the environment, but my experiences soon revealed something deeper.

The potential for expanding on this project soon revealed itself – beyond the peripheries of the city, and into the small towns and rural communities surrounding areas of both abandoned and ongoing mineral activity. As I continued to explore the topic further it was evident that ‘the mine’, irrespective of the particular minerals extracted, is central in understanding societal change across the country. Entering these spaces with little preexisting knowledge allowed me to explore these enormous socio-economic cleavages and continuities through engaging with those who were most affected – and, generally, the most marginalized. This allowed me to channel my conception of ‘the mine’ into visual representations that gave agency to these forgotten communities. ‘The mine’ provides a framework for portraying the seemingly unrelated stories of my human subjects in relation to their environment. The countless stories of personal suffering are brought to the surface and the legacy of ‘the mine’ is revealed.

Ultimately I hope that this body of work ignites discussion around how as a society we need to stand together in bringing about a broader understanding of our shared resources. We need to acknowledge that the environment is as fragile as the people that live on the land. Growth and development is a perquisite for economic stability yet we must never forget the historical context of how we got here and how we should move forward into a balanced and equal future.

Photographs and essay posted with permission.

As we lean into this day of rest, with a new week

We can feel the cooling crisp water on our skin ju

Oh the sites we've seen, the journey's we've been

This week our digital studio is graced by the virt

Our best kept secret is finally out! We’re thril