We caught up with the three photographers from Twenty Journey – here’s their latest stories and photos!

Photo above: By Sean Metelerkamp: Marikana.

UPDATE: In December we shared our interview with the Twenty Journey photographers, last night their exhibition finally opened at Commune 1, Cape Town. If you are in the area and you can pop round to see it, make sure you do!

If you are unfamiliar with the project: “In 2014, South Africa entered its twenty years of democracy. This moment came with the recent death of Nelson Rolihlahla Mandela, the birth of Economic Freedom Front and the National Elections. In the advent of The Rainbow Nation, three photographers travelled 24000 kilometres over seven months throughout South Africa in a motorhome to feel the pulse of the country.

SIPHO MPONGO, focused on the Born Frees, the first generation growing up out of apartheid rule. Asking, will they allow themselves to be defined by the scars of apartheid, or will they embrace freedom, choice and opportunity?

WIKUS DE WET, investigated the cultural, historical and commercial value of Land and the relationship it has to the people who inhabit the space.

SEAN METELERKAMP, explored Idiosyncrasies highlighting the absurdity of life in this magnificently puzzled country – capturing an unwilling moment, an unwarranted time and an unforgiving historical present.

This photographic exhibition is the result of the photographer’s search for the country’s pulse, the search for The New South Africa.” [Commune 1, Cape Town]

It’s been six months since they set off, so we caught up with Wikus de Wet, Sipho Mpongo and Sean Metelerkamp, the three photographers on the Twenty Journey.

Orms: So you guys are almost at the end of the journey. What has been the most unexpected outcome of this adventure?

Twenty Journey: The generosity of South Africans you meet along the road. Without these helping hands we would not have been able to stretch our budget of four months of traveling into seven months.

When you originally started throwing the idea of the trip around, did you really think it would be as successful as it’s been?

We don’t view our journey in opposites of success or failure because a constituted failure in the morning when dealing with an issue considering access could open up a successful story that evening as you stumble into an area you had not planned to go to. And so we are just happy with this opportunity to travel around this magnificently puzzled country and share stories that inform and/or confuse fellow South Africans. If anything, the success for us is determined on how the stories are shared and reflected in conversations amongst the viewers. 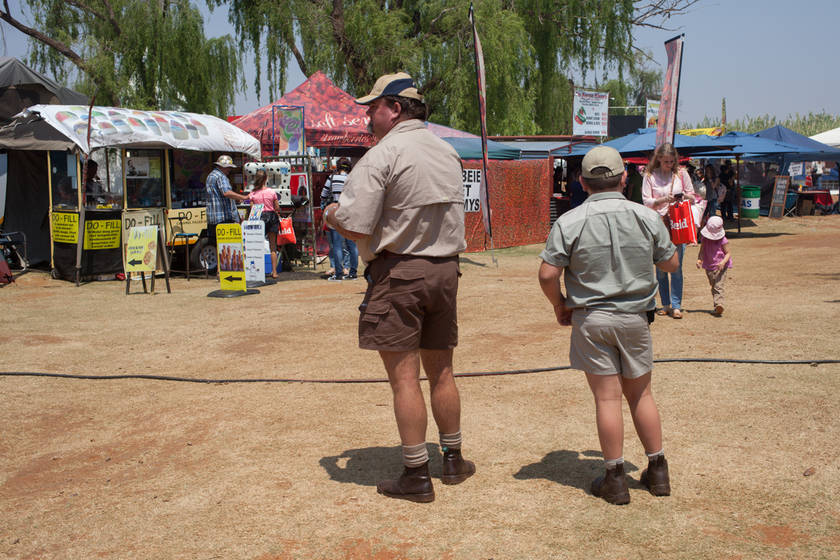 By Sipho Mpongo: “For the first time in my life I witness a true meaning of ‘Like father like son’ relationship. The body shape and how they walk is completely the same. It was amazing to witness. I followed them all around just admiring their resemblances. My uncles normally tease me and say I’m short like my father and I speak as fast as he speaks. Through them I could imagine my own ‘like father like son’ moment.” – Read more

From a photographer’s point of view, what was the highlight of the trip? And the low point?

High points create low points and then you ride the low point back up to the high point. All the points in between are your own constructions. So let’s do away with the point system.

Of course, being three young guys on a long road trip, there must be some funny or interesting stories to share. Anything in particular that comes to mind?

You will have to wait for the Twenty Journey booklet that will be released sometime next year, which will have all kinds of unseen photos, Whatsapp messages and notes from our journals. 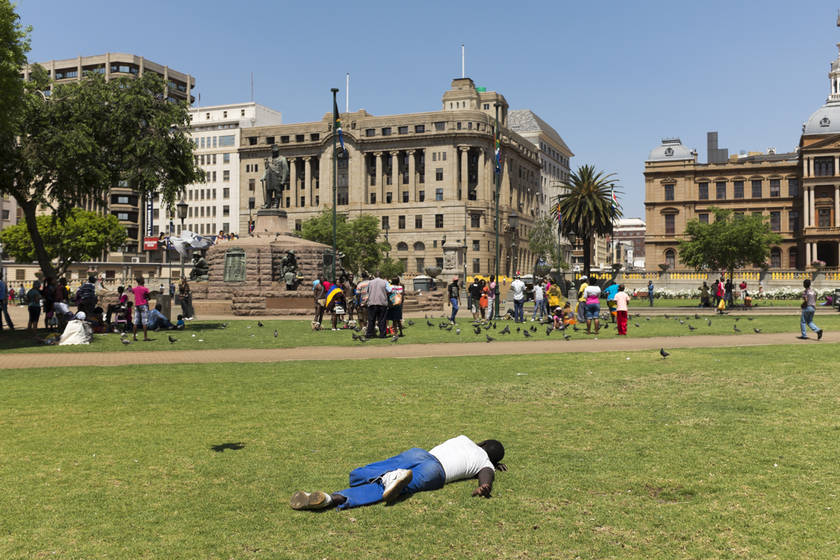 Who else joined you on the journey?

Friends of ours, people that were interested in seeing South Africa and few random people we met along the journey. In Beaufort West two goats came in through the side door and tried to steal Sean’s sandwich.

Do you have advice or suggestions for other photographers hoping to use crowdfunding to start their own projects?

We are happy that our Kickstarter campaign was successful and are excited that more South Africans are engaging in the crowdfunding culture. The specifics of each project are way too different to give concrete advice.

Here are a few basic suggestions: Know the intentions of your project. Realize the restrictions within your goal. And use your contacts. 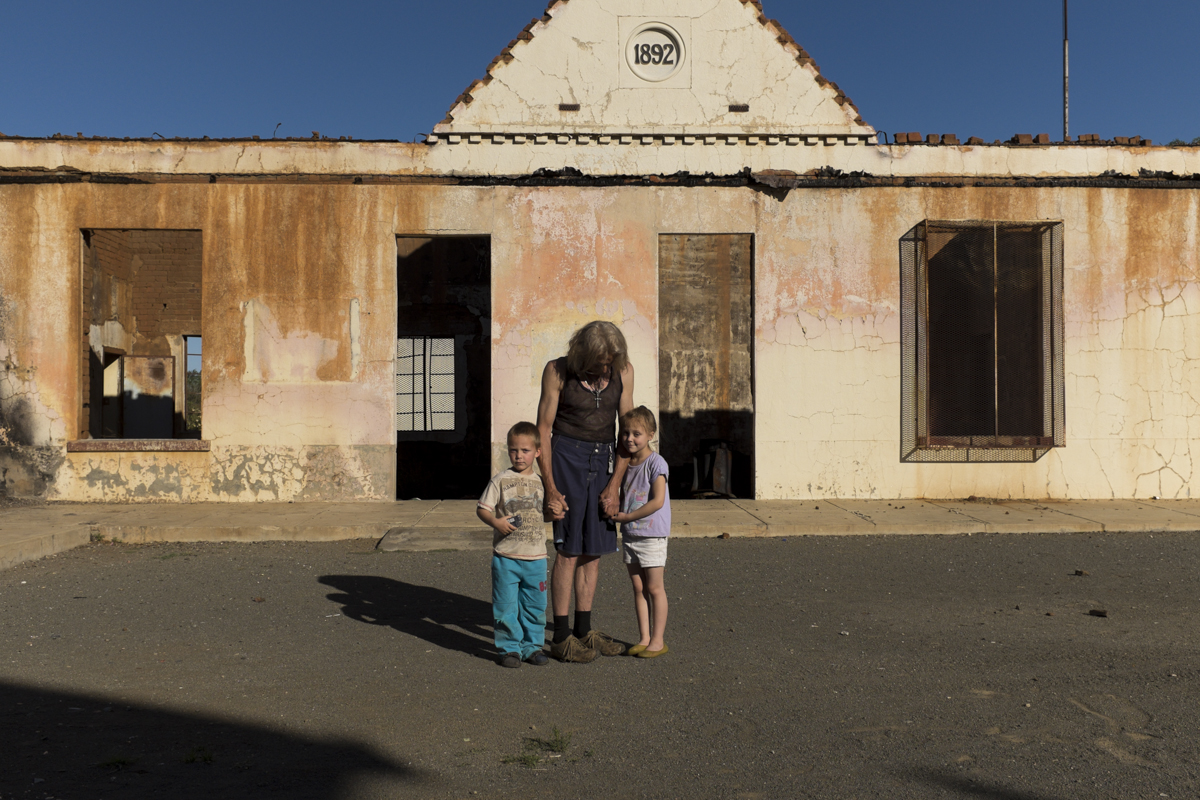 From the start, you had an exhibition planned. Now you’re also looking at a possible documentary or short film. Can you tell us a bit more about the exhibition, film and any other plans?

The exhibition is scheduled for October 2015 at Commune1 Gallery in Cape Town.

What’s next for the three journeymen?

Putting together all the content, photo and video, in preparation for the exhibition and documentary. We have stopped posting the work on Facebook and our website, but we will continue releasing content in June 2015 leading up to the exhibition. So keep an eye out.

Wikus: “I came across a group of zama zama’s (illegal miners) in Benoni. They were using the same process as the guys I met in Blyvooruitzicht to extract the gold from the ore.” – Read more 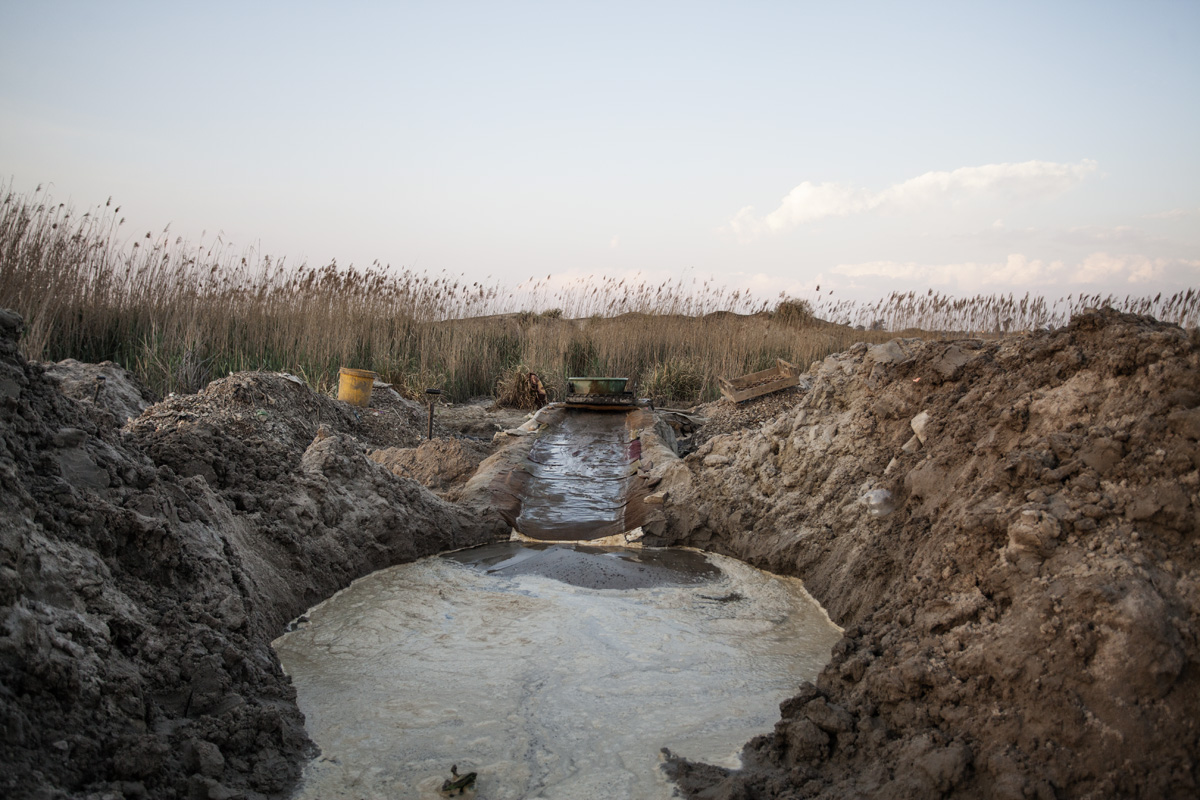 By Wikus de Wet: Workspace where they wash the ore they extracted, Benoni. 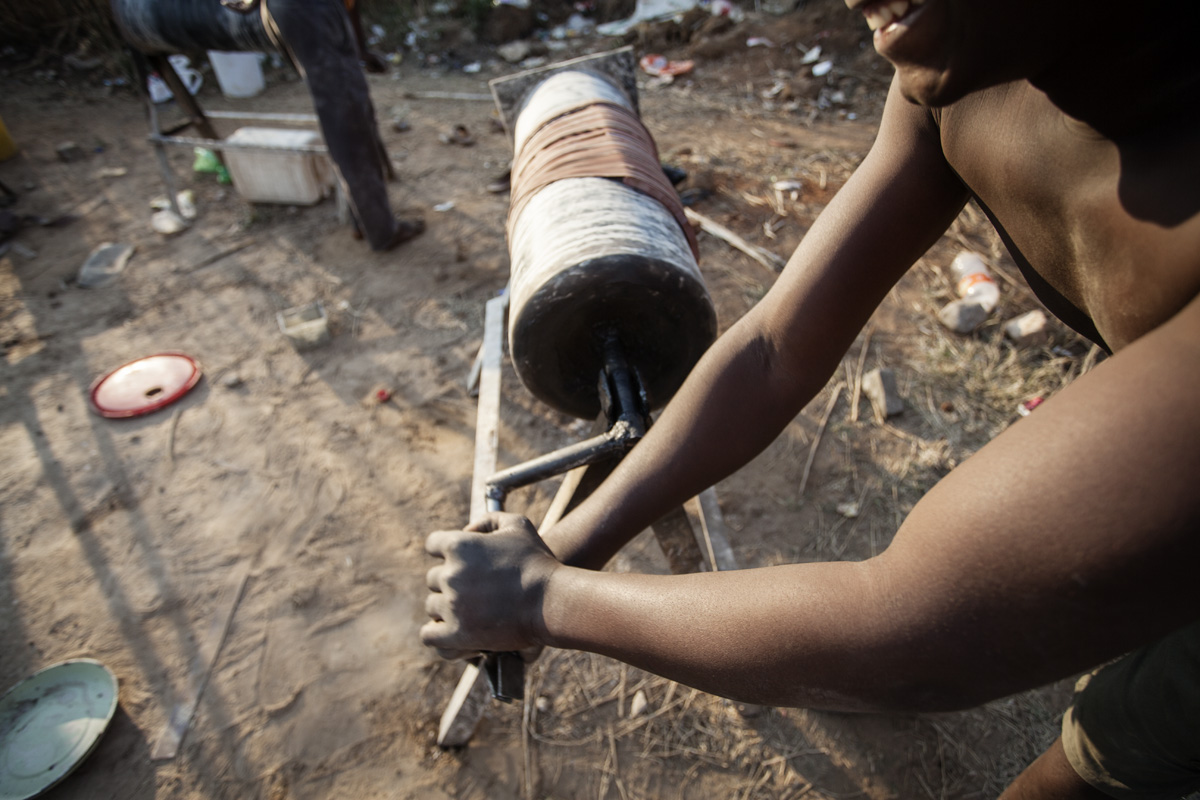 By Wikus de Wet: A teenager turns a customised gas cylinder filled with metal balls to crush the gold ore they extracted from under the ground, Benoni. 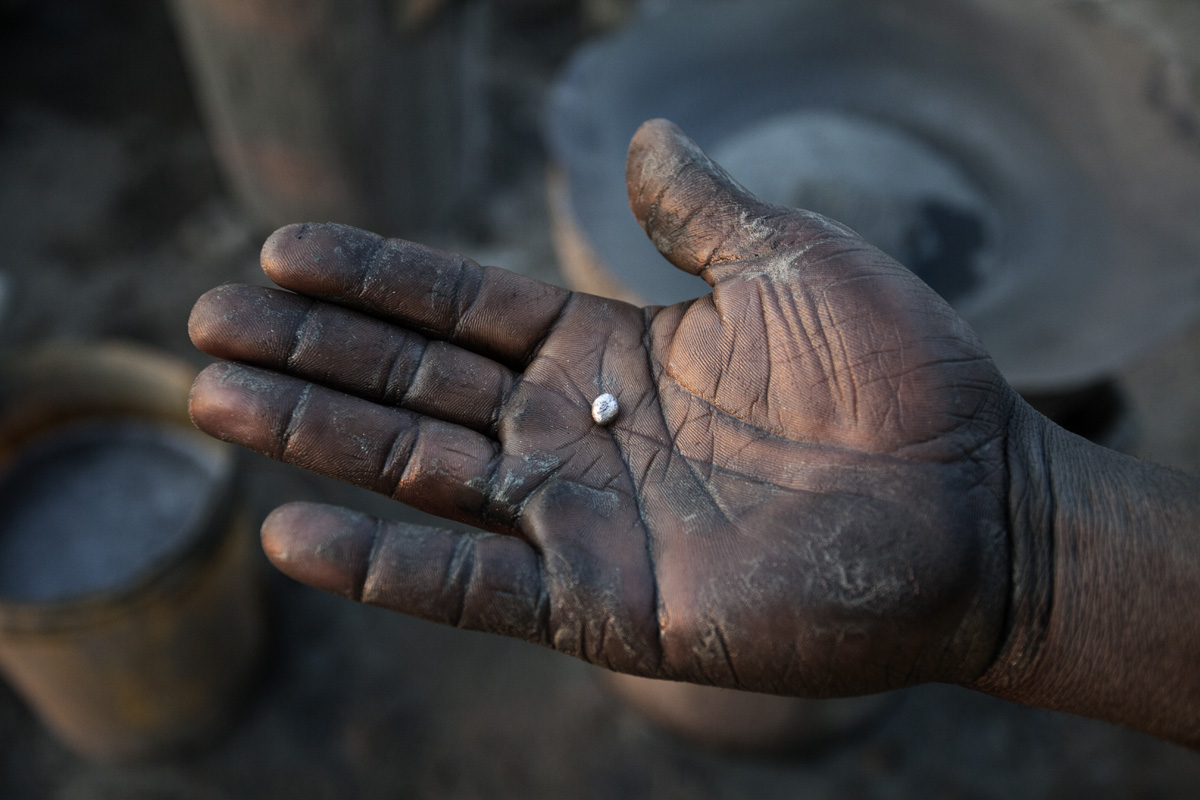 By Wikus de Wet: Mercury is used to extract gold from the ore during the process. A miner shows me the piece of gold contained within the mercury, Benoni.

Sipho: “During the Farlam commission in Marikana I had a chance to speak to the wife of one of the miners that were shot down during the massacre.” – Read more 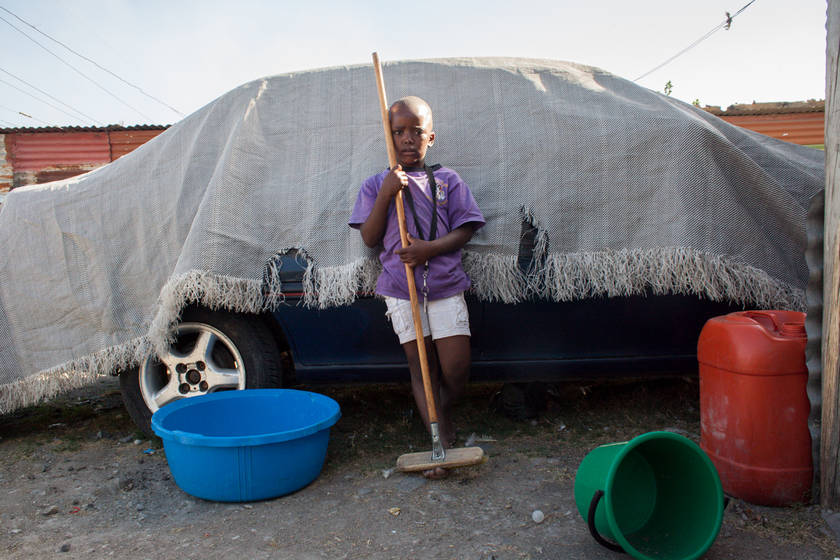 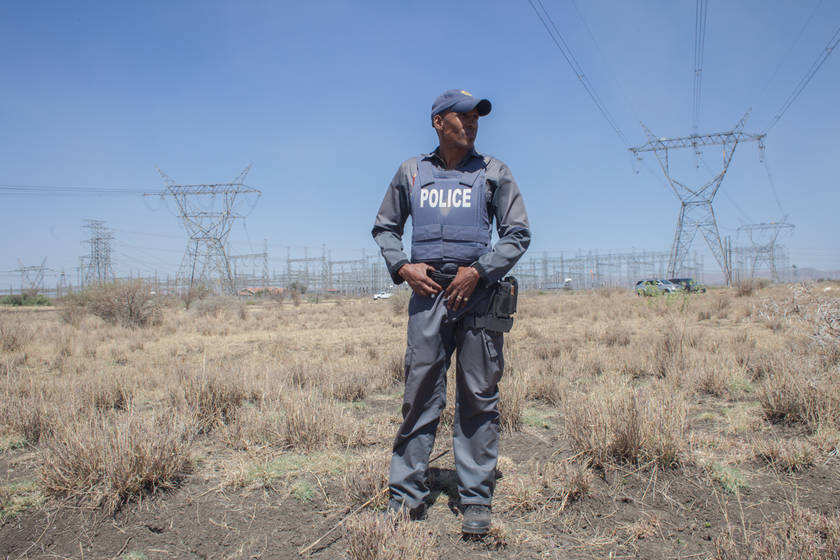 The "Rococo" Series by Alexia Sinclair
Photography Courses at The Cape Town School of Photography
Why Clients Call You Back, by Chase Jarvis
A Look Inside The 2019 Met Gala Through Frank Ocean's Lens