Craig Kolesky recently did an awesome kitesurfing shoot at sunset using portable strobes – here’s the results and his setup.

Article and photos by Craig Kolesky.

I’ve been keen to do a kitesurfing shoot at sunset for ages now, but as kitesurfing is weather dependent, the elements never seemed to work out until recently.

We did a road trip for Red Bull up to Witsands, a small coastal town on the Breede River with some professional kiters that have been visiting South Africa for a few years now. We checked the conditions and had some send us some images of the sandbar were the guys usually kite, and when we saw the photos we knew we were going to score.

The conditions and layout of the sand looked perfect to shoot sunset shots with flash so I packed my new Elinchrom Quadra Ranger Hybrids, Pocket Wizards and Tuffy zip lock bags to protect the gear from sand and any water.

The wind was strong and from previous shoots we knew the normal light stands would not hold up. So, we made a plan and found some long wooden fencing poles, cable-tied the strobe heads to them and buried them in the sand, making sturdy natural light stands.

From the first test shot we did, the kitesurfers knew we were on the money – the guys kited almost until 9pm, pushing the limits of their kiting and the camera gear. The end results were awesome.

I took a gamble and shot without a waterproof housing as we were on the edge of a sand bank – still risky, but I had the camera covered in a zip lock bag. Even though it worked out fine in the end, I don’t recommend this unless you know how to work with the guys you’re shooting, and they know what you are trying to achieve. 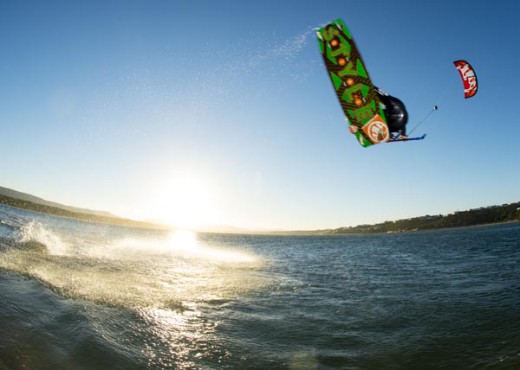 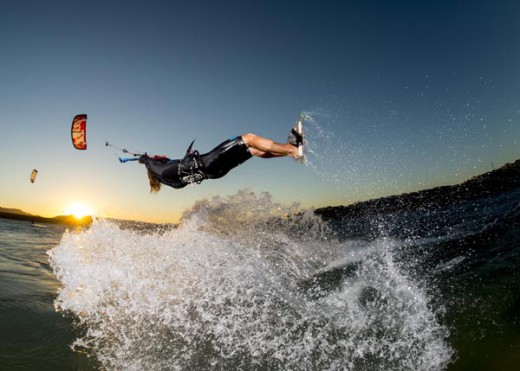 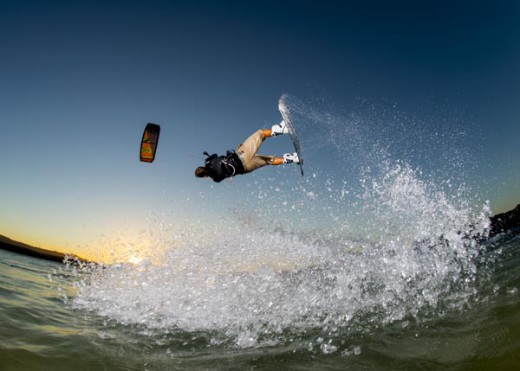 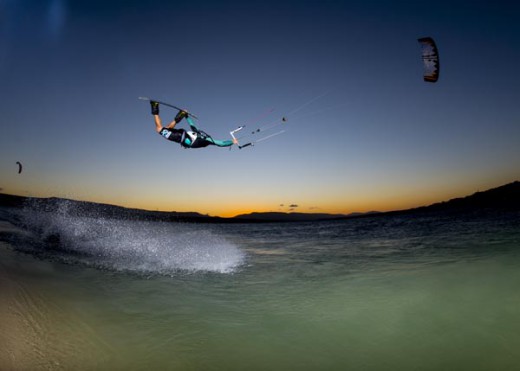 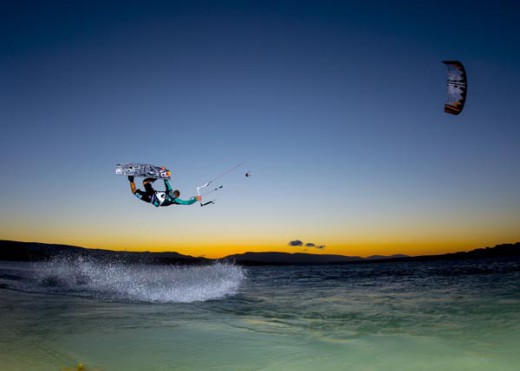 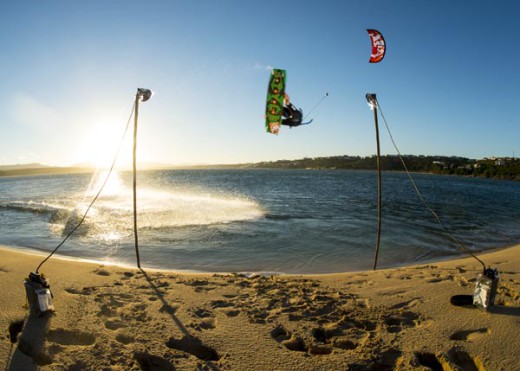 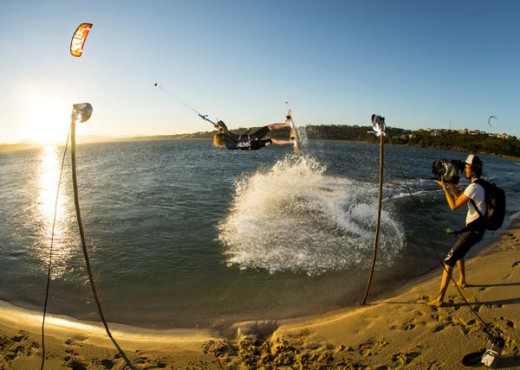 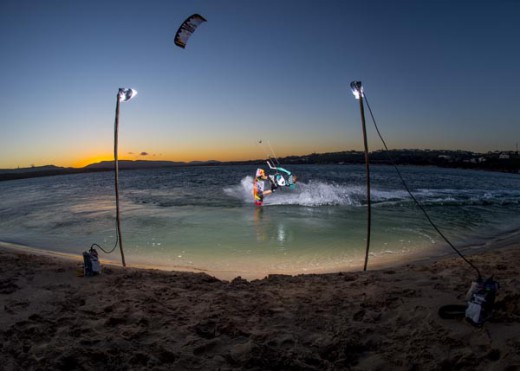 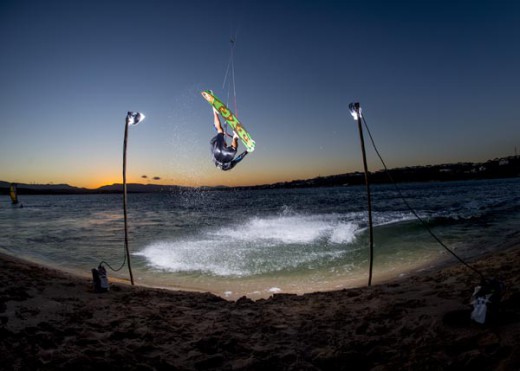 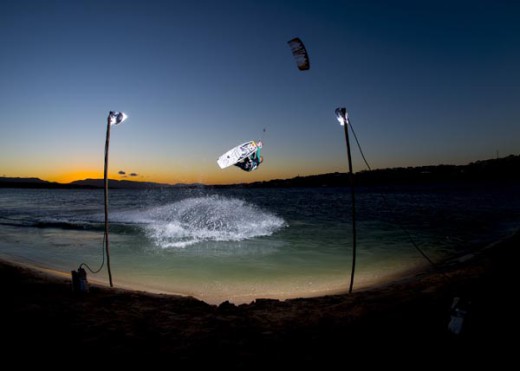