Right off the bat, the EOS C500 MK II impresses with its whopping 5.9K Full-Frame CMOS Sensor, the same sensor as in Canon’s high-end C700 FF but with a marked improvement. While Canon’s C700 FF uses their DIGIC 5 processor, the new EOS C500 MK II uses Canon’s new DIGIC 7 processor which supports Cinema RAW LIght internal recording at up to 5.9K as well as XF-AVC in 4K 4:2:2 10 -bit. The EOS C500 Mark II is the first Cinema EOS model to support the CFexpress format, featuring not one but two card slots, as well as a single SD-type slot.

Canon has taken careful thought when designing the lens mount for their latest release with the inclusion of a mount that is interchangeable between EF Cinema Lock and PL Mount. Another first for this Cinema EOS model is its support of five-axis Electronic IS a feature seen in most current EOS DSLR and mirrorless cameras. Dual Pixel CMOS AF, Face Detection AF and Tracking AF are also supported, along with the option to fine-tune AF tracking speed and response. The built-in motorised Full Frame ND unit, which can apply 2, 4, 6, 8 and 10 stops of filtration which is rather useful for shooting in bright light. And the option to use custom LUTs is a nice addition to this already exciting cinema cameras offerings.

And all of this in a robust yet compact body weighing only 1.75 kgs allowing users an increased range of movement and even greater creative freedom. 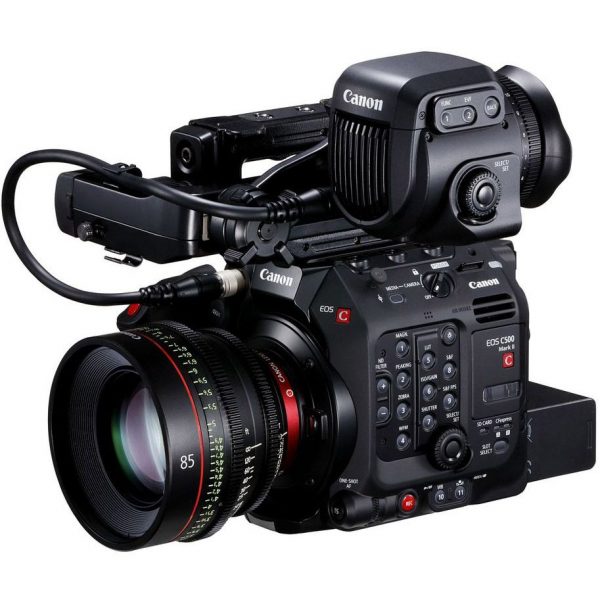 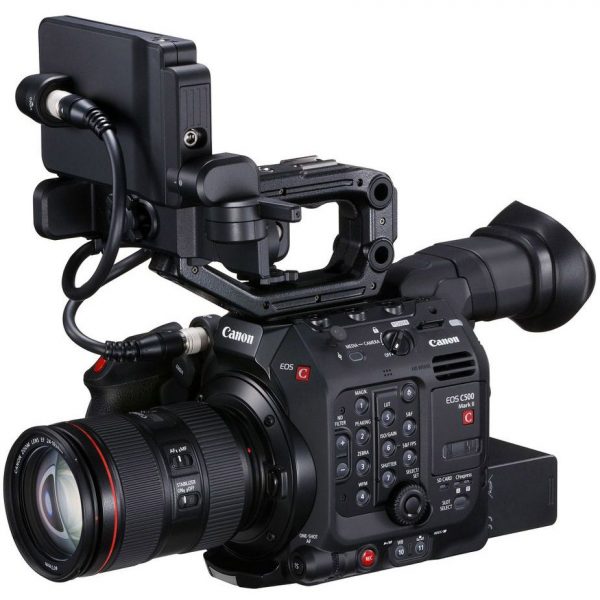 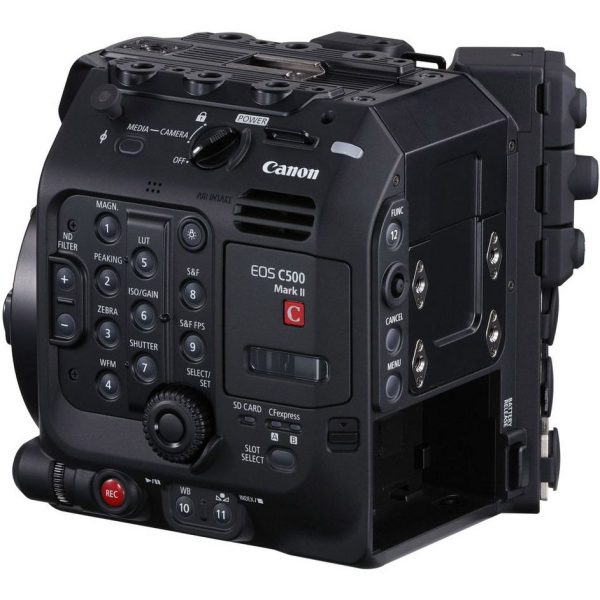 As the Canon EOS C500 Mark II has just been announced we don’t yet have an ETA of stock arrival, please have a look at Orms Direct here for more information as we receive it.