A mega-post featuring a hands-on preview and impressions of the new Nikon 1 advanced interchangeable lens cameras!

Last Friday, we attended the local South African launch of the new Nikon 1 series of cameras and lenses. The Nikon 1 system comprises two new compact camera bodies, the V1 and the J1, and four lenses specifically designed for the new form factor. 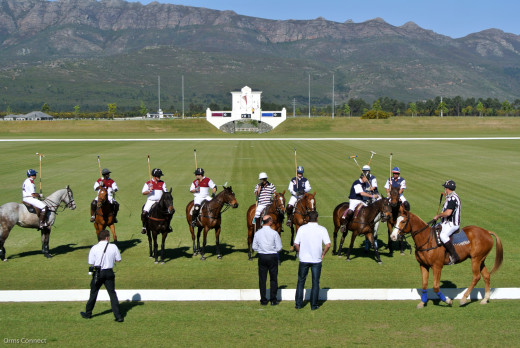 So, what is Nikon 1, and why are we talking about bodies and lenses? Aren’t these just small DSLRs? To some extent, yes, but strictly speaking, no. SLR stands for single-lens reflex, which means the camera makes use of a single-lens for both the viewfinder and to take the photograph (using a mirror to divert the light into the viewfinder). The new Nikon 1 cameras are mirrorless – they don’t have optical viewfinders and thus don’t require the “reflex”. Therefore, they aren’t small DSLRs, but, and this is a big but, they do offer most of the advantages of a DSLR. How? By allowing you to customise your camera system with various lenses and accessories. Depending on the given situation, you can pick the best lens for the job. Need some bounce-flash? Attach a speedlight. Therefore, these cameras act like DSLRs, but are compact, like point-and-shoots, offering the best advantages of both form factors. In theory, anyway. One area where these compact bodies might stumble is the sensor – it’s smaller than those found in DSLRs. Nikon says the new sensors have been designed from the ground up for these cameras, but we’ll have to wait and see what the in-depth reviews say when they come in.

Here’s our first impressions from the time we had to “play” with the cameras at the launch. Let’s take a look at the two cameras first.

Both cameras feature the same 10.1 megapixel CX format sensor, with an approximate crop factor of 2.7x. Therefore, a 10mm 1 Nikkor lens on CX format is equivalent to a 27mm lens on 35mm format. Along with the smaller image sensor comes the smaller 1 Nikkor mount. Similar to the Nikon F-mount used on their DSLRs, the 1 Nikkor mount connects electronically to the lens, in order to control the aperture and the autofocus. The cameras also feature Nikon’s brand new Expeed 3 image processors – the CPU of the camera, if you will. Keeping up with modern times, these processors are dual-core, offering speeds of up to 60 frames per second at the full 10.1 megapixel resolution – for short bursts, of course. 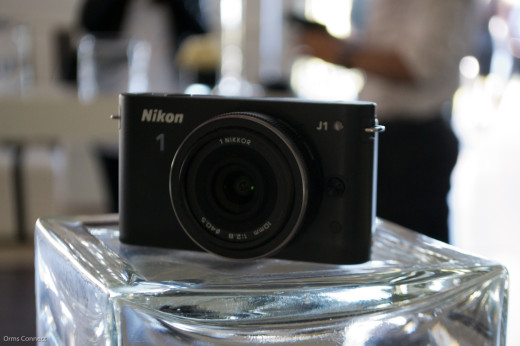 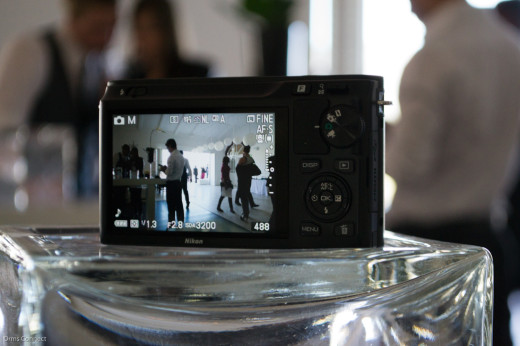 The cameras include a couple of interesting new capture modes, including a a pre/post capture mode, where the camera takes some photos before and after you press the button, allowing you to select the winning shot, and a motion still mode, which captures short clips similar in concept to cinemagraphs. They also feature full HD movie capture, with the ability to take full resolution stills during videos, and a 400fps high-speed mode. 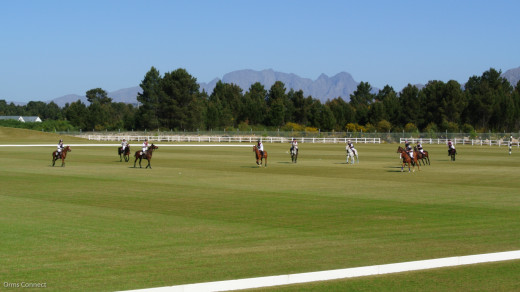 Photograph taken while video was being recorded

So, what’s the difference between the two cameras? The most obvious difference (apart from the overall size) is the hump on top of the V1. This is for the electronic viewfinder, or EVF. Most DSLR users probably dislike EVFs, as they are used to seeing the “real” image through their finders, but our first impression of the EVF on the Nikon 1 V1 is that it’s actually very good. The finder’s 1440k-dot resolution is high enough not to make it obvious that you’re looking at a display, and it felt large enough, well, larger than the tiny porthole you get on most compacts. All in all, the fact that the viewfinder is digital didn’t get in the way. 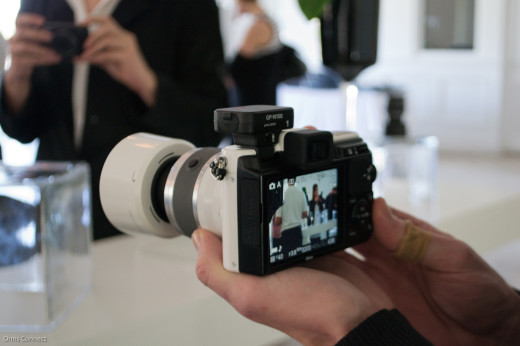 Another advantage of the V1, is the “multi accessory port”. Similar in shape to a hot-shoe, the port allows the attachment of the Nikon SB-N5, a tiny new speedlight with bounce functionality, the Nikon ME-1 external microphone or a new external GPS unit for easy geotagging. We didn’t get a real chance to test out the new flash or GPS unit, but from a hardware perspective they seemed well designed. The speedlight had an easy to use rotary on/off switch on the back, and the GPS unit is nice and compact. 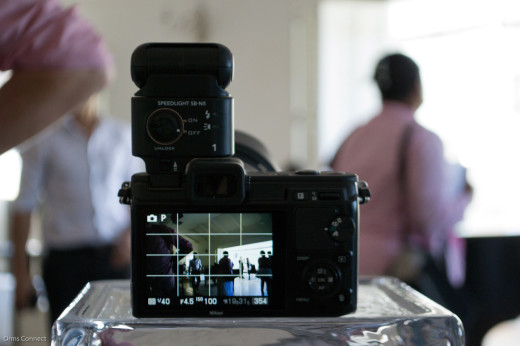 For more product shots, check out our post on the Nikon 1 announcement.

Four new lenses, with more on the way. 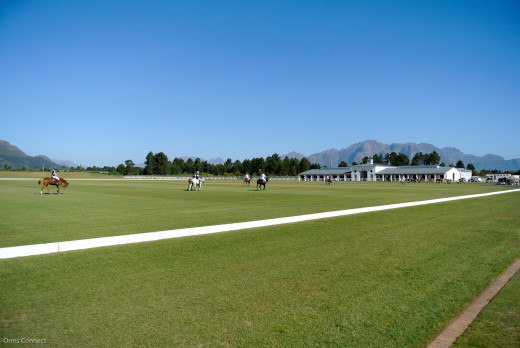 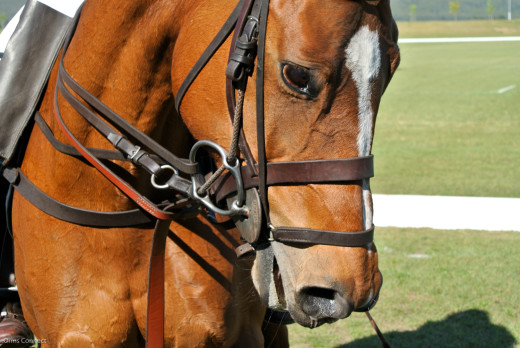 The 10mm f/2.8 prime is a pancake style lens – so called because of it’s small size and “flat” shape. Mounted on a Nikon 1 J1, the combination proved to be very compact, although not completely pocket-friendly. The standard 10-30mm 3x zoom, equivalent to 27mm-81mm, also proved to be very compact. Much like the rangefinder lenses from yesteryear, this zoom lens can also collapse when not in use. On the zoom adjustment ring, there is a small button used for this purpose – just push and twist to pull the lens into it’s shortened form. The action itself didn’t shout bulletproof toughness, but it should be adequate for the lifetime of the lens.

Besides the camera bodies, lenses, speedlight and GPS, Nikon also announced new accessories in the form of cases, grips and the F-mount adaptor, but we didn’t get to take a look at these in person. More details will become available as we get stock.

A little bit about the event itself.

The event was held at the scenic Val de Vie Estate in Paarl. Ryk Neethling, the Olympic Gold medal winning swimmer, and Stefan van der Walt, the CEO of Nikon South Africa introduced the camera to us, while Matthew Laubscher elaborated on the technical details of the new Nikon 1 system. During the presentation, Nikon also presented a few slides showcasing upcoming lenses and accessories. Among these will be more prime lenses and wide-angle lenses – essentially expanding the 1 Nikkor range of lenses into something akin to it’s larger DSLR kin. 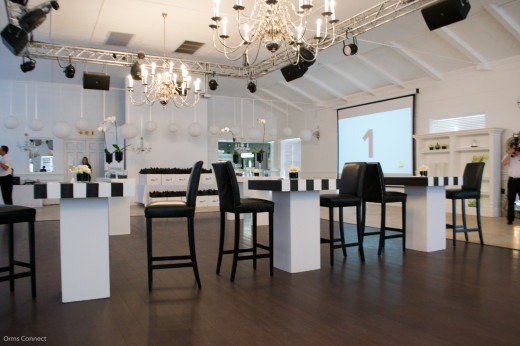 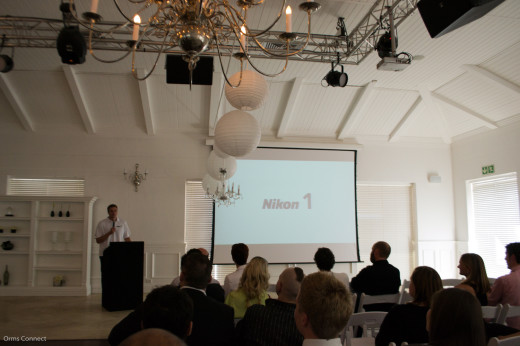 Gallery of photographs taken with the Nikon 1 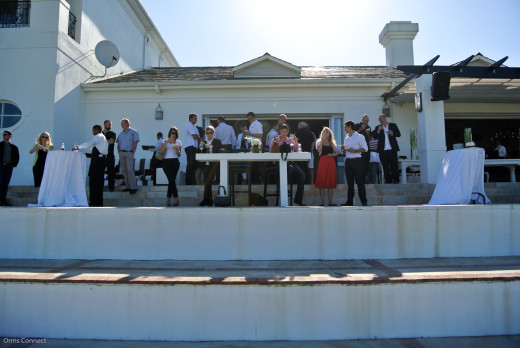 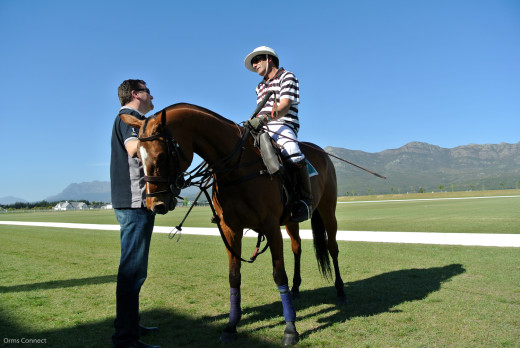 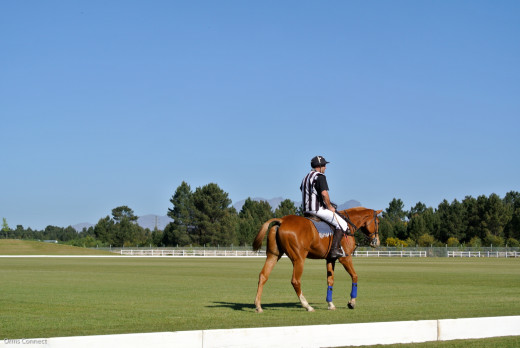 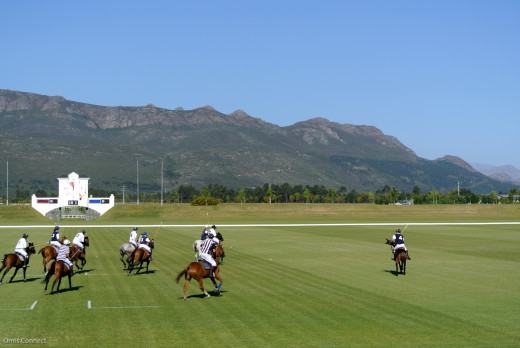 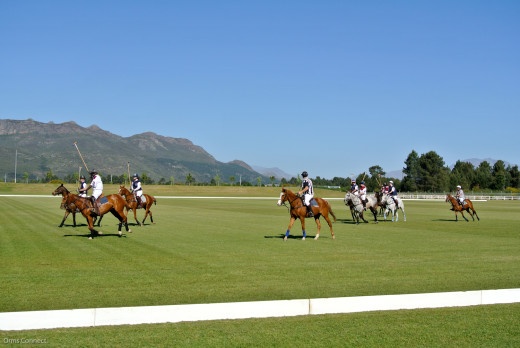