The AP and PMA recently released some interesting sales figures for film in the US.

The Associated Press and Photo Marketing Association recently released some interesting sales figures for film in the US. The figures show a sharp decline in film sales since the start of the last decade, but it appears to be leveling off lately. 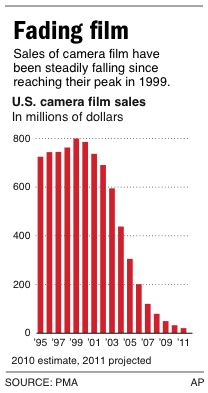 With the universal availability of cheap digital cameras and cameraphones, one would expect film to be out of use right about now, but this hasn’t happened. In fact, while the decline in film sales has been severe (according to the US chart, I unfortunately don’t have any South African numbers), it has slowed down since 2006. The rise of the Lomography movement in recent years may be responsible for this, as people experiment with the unique look and feel of photographs shot on film. Another reason for sustained film sales is photography schools, as students are still required to learn how to work with film, including medium and large format within the studio. However, this might change in the future as digital medium format backs start to drop in price.

Here’s where my opinion comes in: I believe film will still be around for a very long time. While it used to compete with digital in terms of cost and image quality, this is no longer the case. For the average user, it is now more economical to shoot onto a memory card than it is to keep using rolls of 35mm. Right now, the differentiator between the formats is enjoyment and aesthetics. I don’t shoot film as often as I’d like to, but when I do it is still a very enjoyable experience. There’s something special about it, and my medium format TLR (bought second hand for R200) loaded with some Fuji Provia still produces images that outmatch some of the most expensive digital cameras. If you get it scanned with an Imacon/Hasselblad, that is. Last year I shot a roll of Fuji Superia at ISO 6 by redscaling the film – exposing it in reverse. ISO 6 allowed me to shoot at f/1.8 outside, during lunchtime, on a sunny day in Mossel Bay – something that can only be done on some of the higher end DSLRs with shutter speeds up to 1/8000s at ISO 100. I embrace the digital age with open arms, but film will always be something I enjoy using. And I’m not the only one. 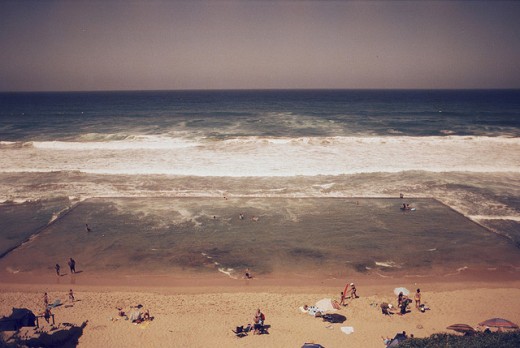 While Lomography might fade in popularity eventually, or switch to digital with applications on mobile phones, and while photography schools might abandon teaching film, I think there will still be a core market of people that enjoy shooting film. Some professionals also rely on film, but I think the biggest consumer will be the average enthusiast. It might not be the same market the big film companies were used to in the late 90’s, but it will still be a market nonetheless. And even if some companies (Agfa and Polaroid…) have stopped producing film, you only need one company to keep manufacturing it. I’ll bet my money on Fuji. (By the way, The Impossible Project has resurrected Polaroid film.) 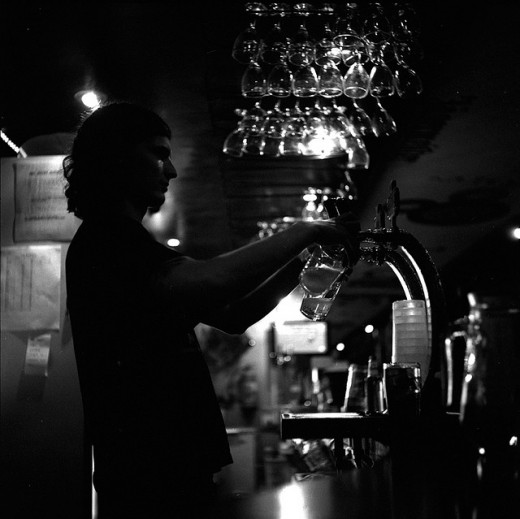 In order to shoot handheld at night, the image above was pushed 5 stops to an equivalent of ISO 12800 and hand processed for an hour – experimentation like this is what makes film interesting.

This wasn’t meant to be another Film vs. Digital article – the last decade had its fair share of debate. Digital has won in the consumer and professional markets (it was always going to). But the enthusiasts will keep film alive. And even in 50 years when it has been abandoned by all major companies, people will still find ways to make it, shoot it, develop it and print it.

What do you guys think? Do you still enjoy film? Even if you haven’t touched film in years, do you think it will still be around for a long time? Or do you think film is frustrating and old? Sound off in the comments…