We talk to Chris Burkard about his breathtaking work and the search for wild, remote destinations and offbeat landscapes.

Chris Burkard has taken the world of surf, travel and outdoor imagery to the next level. In today’s Orms Connect interview, we talk to Chris and learn more about his process, inspirations and challenges in his work.

Chris is a self-taught photographer and artist, based in Central Coast California, whose work is layered by surf, outdoor, lifestyle and travel subjects. At the age of 28, Burkard has established himself as a known name in the surf and outdoor industries, accomplished a deep body of work, held staff and senior photographer positions and has been recognised continually for his distinct creative compositions. Currently, Burkard serves as Senior Staff Photographer for Surfer Magazine. With ocean as his main muse, Burkard has consistently captured this subject in timeless and expansive photographic impressions, utilising the tool of surfing to approach the ocean’s intricate personality and then extending out to include the human personalities that draw meaning from this same source. Searching for wild, remote destinations and offbeat landscapes, Burkard portrays the humble placement of the human in contrast to nature. 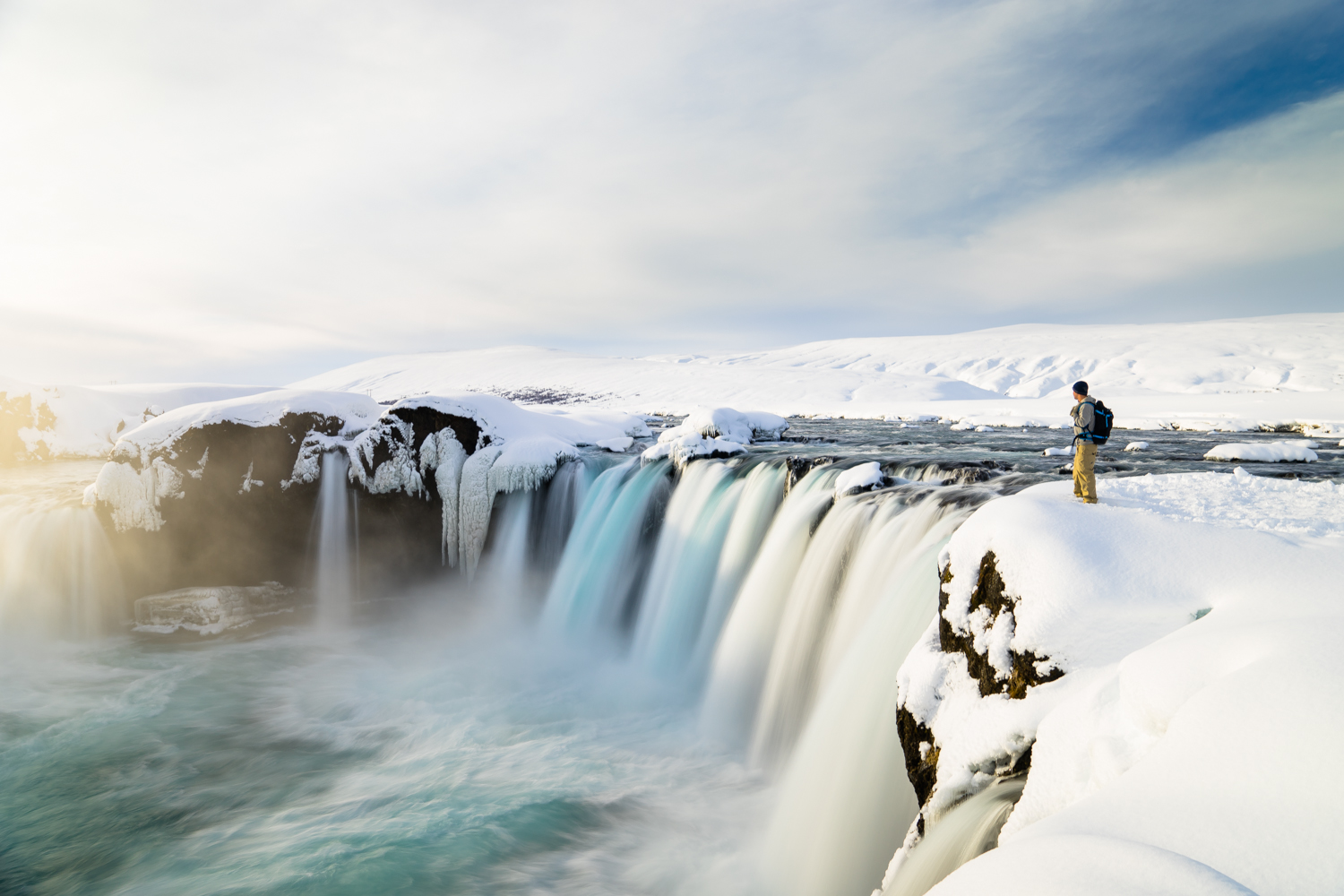 OC: Who or what got you interested in photography as a career?

Chris: I began my career with more of an art background.  I soon realized that I didn’t want to become a starving artist and once I picked up a camera I knew this was the medium for me.  I interned for landscape photographer Michael Fatali which definitely helped refine my eye.  Growing up I wasn’t able to travel outside of local destinations and always had the urge to travel the globe. Once I landed my  first surf trip in 2004 to Dubai I had hardly any idea what I was in for but I was instantly hooked, and knew this is what I wanted to do as a career. 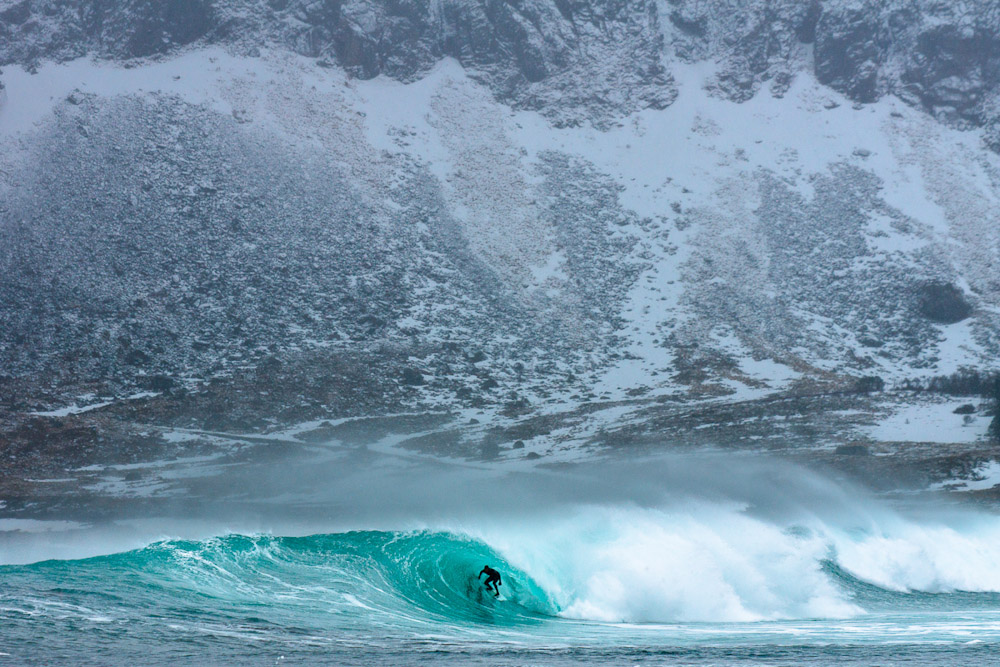 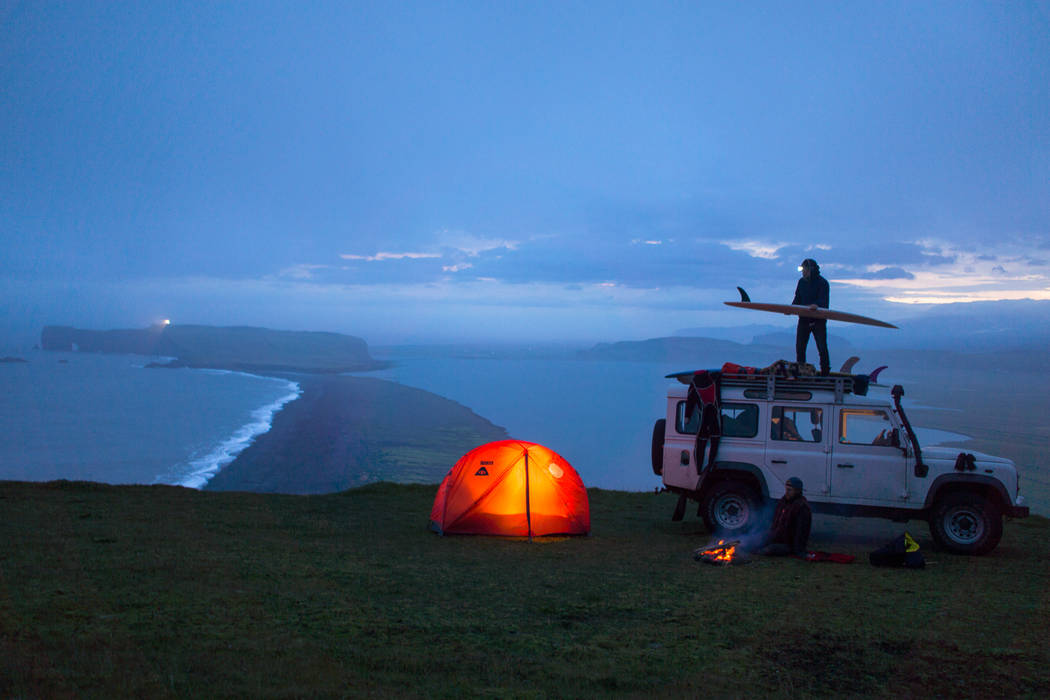 OC: How did you get into landscape and surf photography in particular?

Chris: Photography and surfing are both such free forms of expression that it’s no wonder I enjoy both of them. I would surf or bodyboard with my buddies growing up, and we would wake up super early to get out in the water at first light. Photography and surfing intersected for me after I graduated high school. I was always drawn to art in school and it was a natural progression from working with art to picking up a camera, because it felt like I finally had a medium I could take everywhere. I combined my love for the ocean and started taking my camera to the beach and shooting pictures. Being able to shoot in the water was one of my first passions. I got a water housing and it escalated into landscape photography. 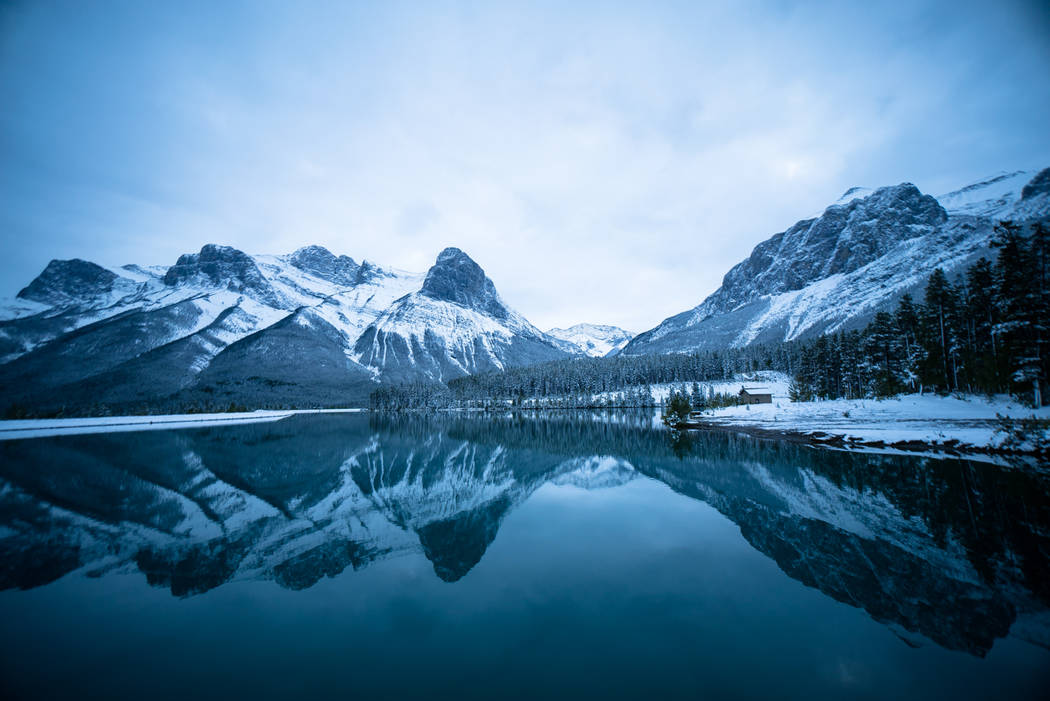 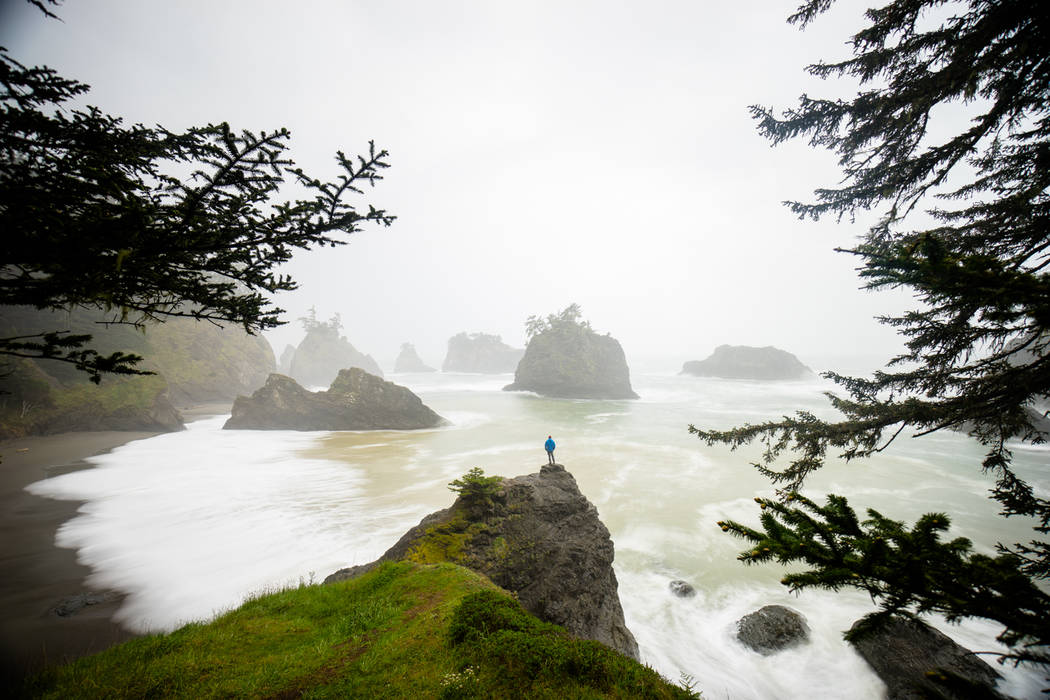 OC: Is there an image you are particularly fond of?  Please share and tell us a bit more about the story behind it.

Chris: I think it definitely has to be the Aleutians Surfer Mag cover of Josh Mulcoy with the volcano in the background. That image culmination of all the hard work that went into all the surf trips and especially all the effort that went into that trip. 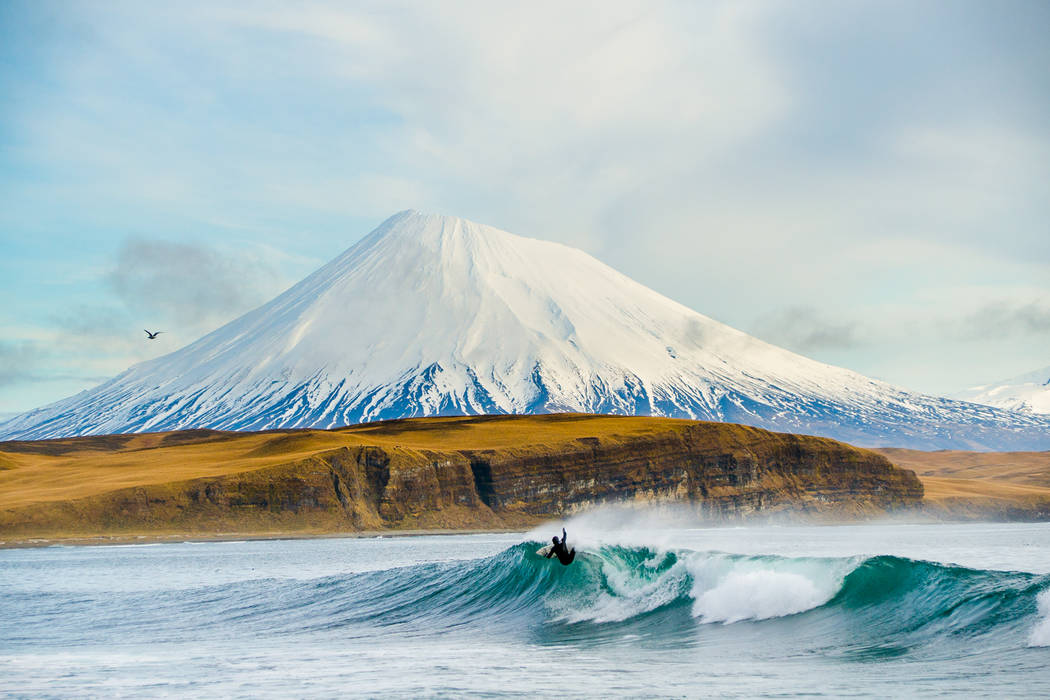 OC: What’s in your camera bag?  Do you have a specific bit of equipment you simply can’t live without?

Chris: I shoot exclusively mirror less now and my primary camera body is the Sony a7ii and a7s.  I have most of Sony’s lenses but the ones I use the most are the 24-70mm f/4, 10-18mm f/4, and a 70-200mm f/4. I definitely cant live without my circular polarizing filters.

OC: You obviously do extensive travelling, what would you say was your most memorable destination to date, and why? 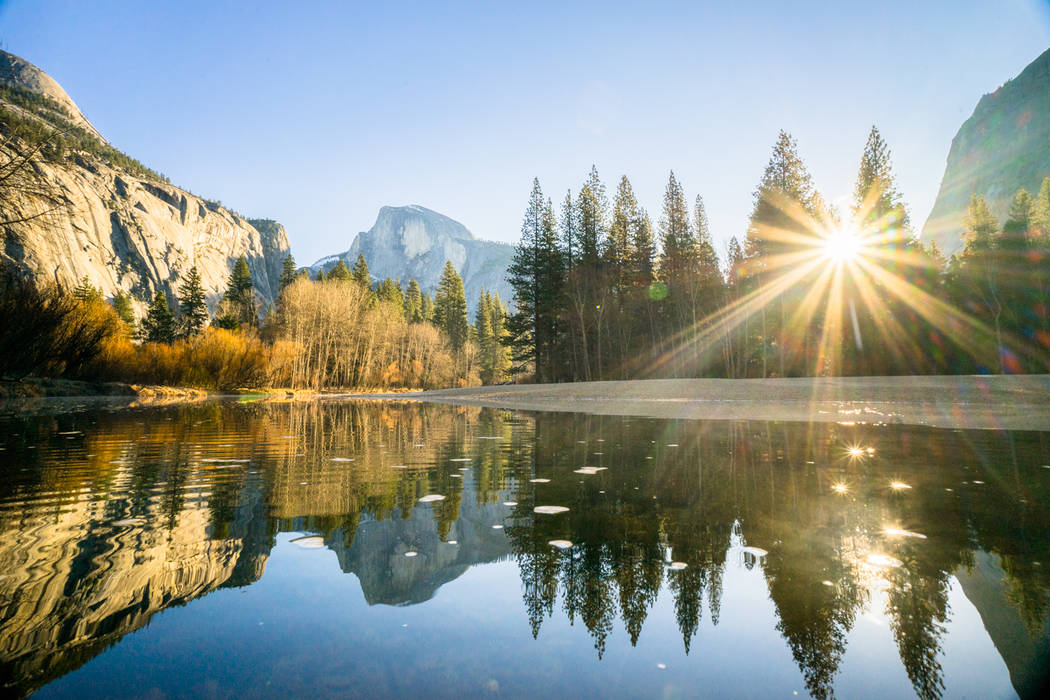 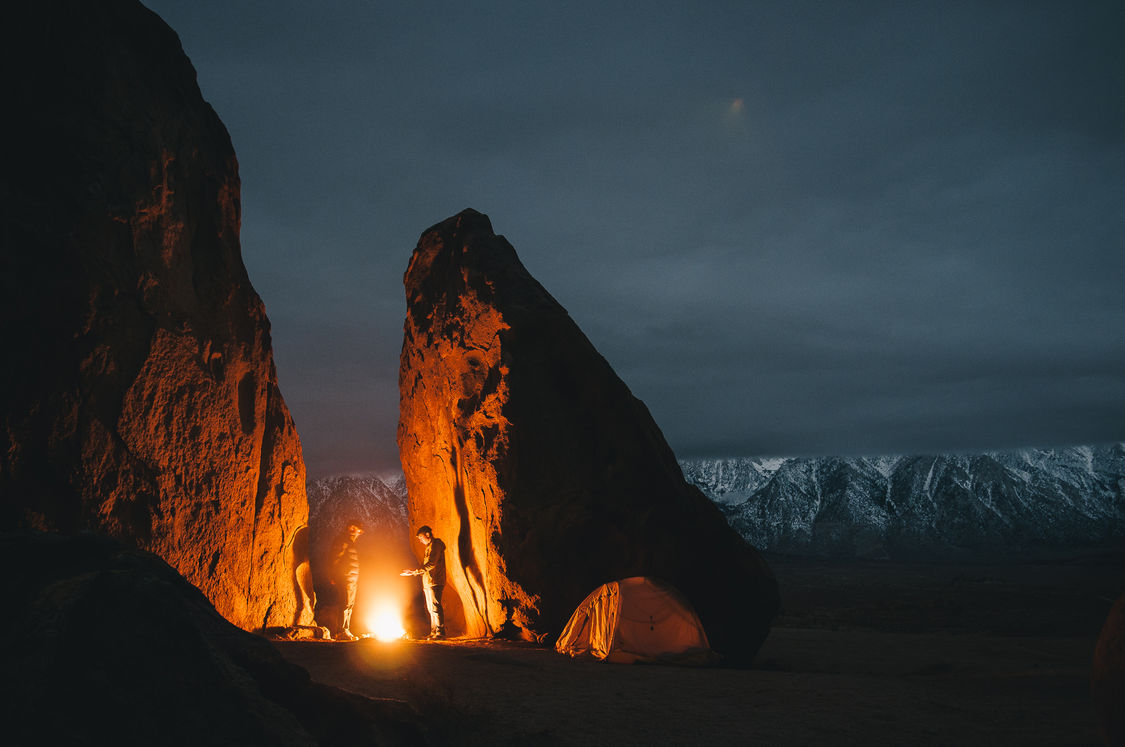 OC: “Arctic Swell” looks like an incredible adventure, how did this project come about?

Chris: It was a collaboration with SmugMug and their awesome filmmakers to document the harsh conditions of arctic surf in Norway.  The Arctic and Norway always lend themselves to some ridiculous amount of freezing.  On this trip we drove from the airport to the ocean as this storm was building.  As we arrived to the beach the waves were hardly visible as we opened our doors the chill of the wind, hail, and snow spread up our bodies. It felt like our core temperature dropped 20 degrees in a matter of seconds. There was definitely a few stares back and forth questioning whether anyone was going to actually try to surf. The 30 hrs of travel had them antsy for a surf so it was decided they would paddle out into the blizzard. They suited up and began the walk through knee deep snow and rocks towards the oceans edge. I exposed my camera for brief moments to grab an image, but anything longer than a few seconds and the camera was pelted with thick snowflakes. I had told the guys mid-flight that they had to be ready for any type of weather when we landed, but honestly did not expect this strong of a storm to be sweeping through. The session only lasted about 40 minutes as the guys could barely drop into waves with the snow and hail blowing against their faces. They said it was impossible to even open their eyes on some of the waves and were essentially surfing blind. Feeling somewhat defeated but alive they made their way back to the van to defrost.  I think to gain anything worthwhile in life a bit of suffering must accompany the process, and no where is a better illustration of that than searching for surf in the arctic. 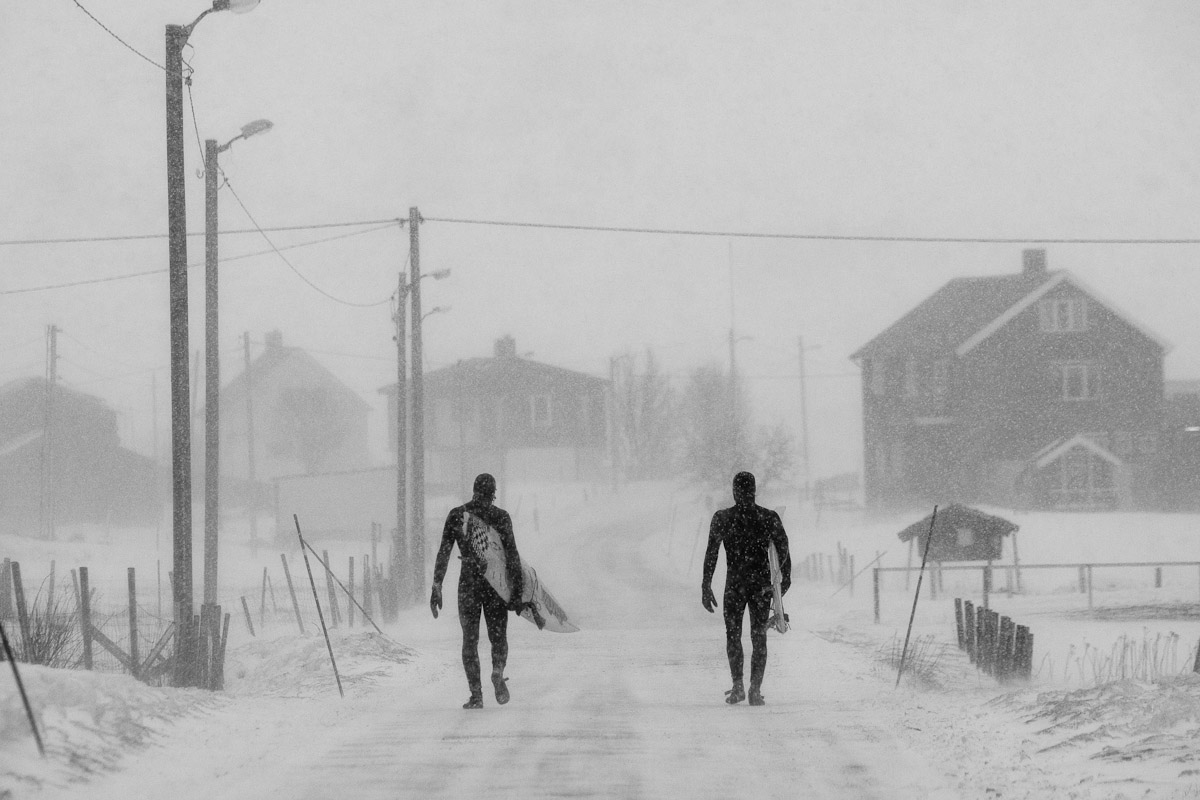 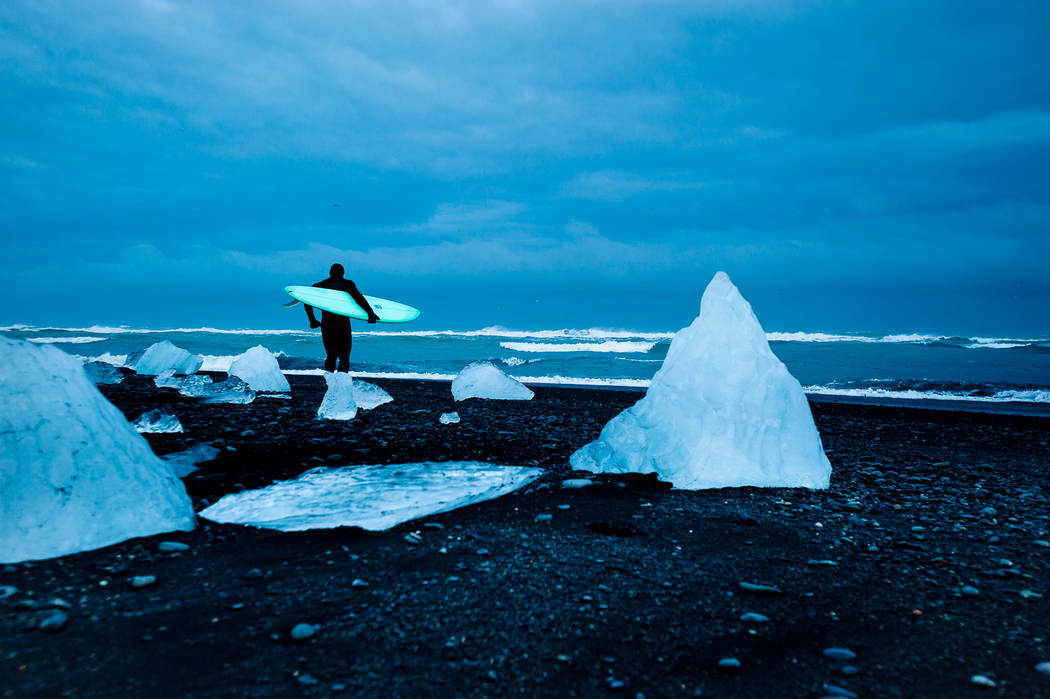 OC: Who do you count among your biggest influences, photographically or otherwise?

Chris: There are so many people that have influenced me and continue to influence me, not only as a photographer, but as a person. There are many artists, mostly impressionists that inspire me as well. A few photographers that I would like to give credit to: Henri-Cartier Bresson, James Nauchtwey, Michael Fatali, FLAME, Pete Taras, Nate Lawrence, Patrick Trefz, Joe Curren, Jeremiah Klein, and Ron Stoner. I also feel really influenced by a lot of younger photographers… I don’t think that you need to be some 30 year plus staff photographer to make a difference… Look at guys like Todd Glaser and Zak Noyle, also Mickey Smith and others that are constantly reminding me how quickly surf photography is evolving especially in the underwater world.

OC: Do you have any advice for aspiring photographers out there?

Chris: Definitely would be to shoot as much as you possibly can, work as hard as you can and take a leap of faith.  It definitely isn’t something you can just dip your toes in, you have to jump in head first, even if there are Icebergs floating around you.

As always we’d love to hear what you think, so please let us know in the comments below! 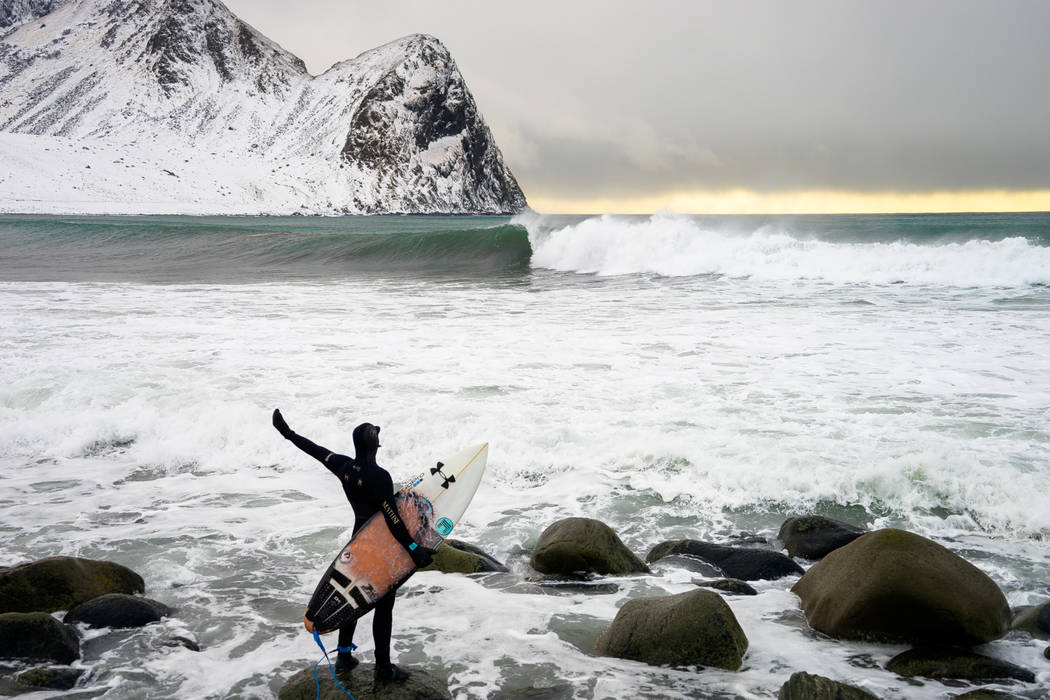 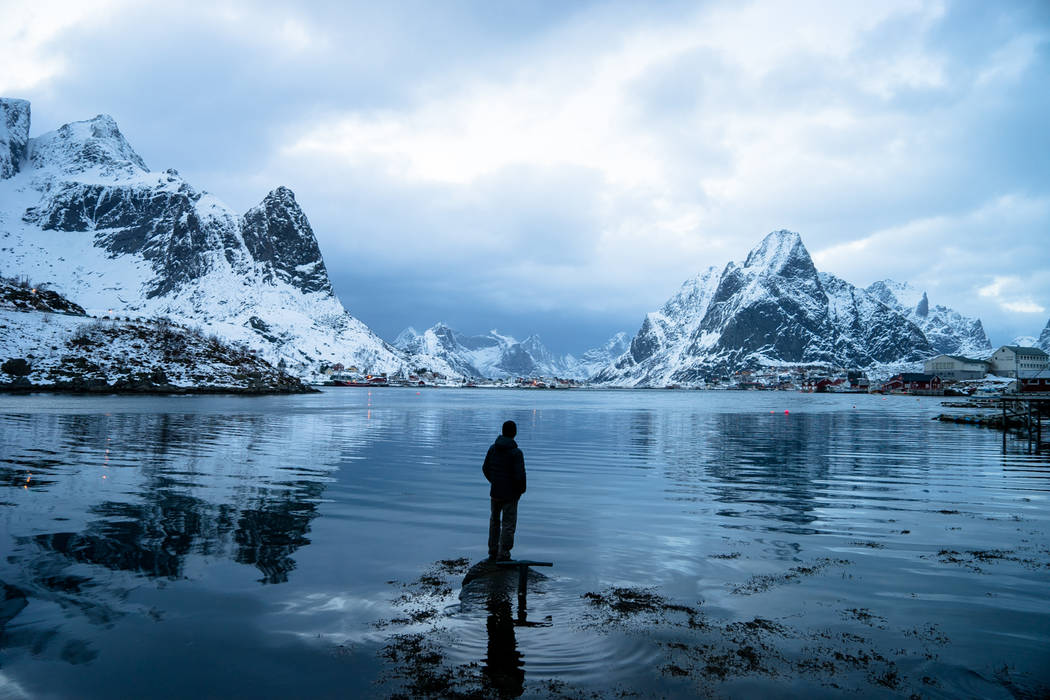