Take a look at these two great panoramas of the Cape Town city bowl, one taken in 1884, and one taken in 2013 by Paul Bruins.

Capetonian photographer Paul Bruins was recently commissioned to recreate a panorama of Cape Town originally taken in 1884 by W.F.H. Pocock. By correctly matching the location and the focal length, Paul has offered us a great comparison of the city bowl over the last 129 years.

Here’s the two panoramas, click on each image to open a larger preview:

One of the most prominent changes apparent in the photographs is the reclaimed land in the foreshore area. Here’s a closer look: 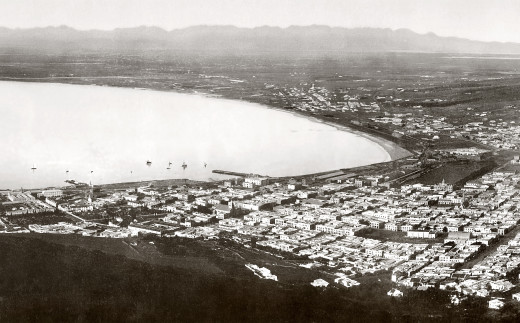 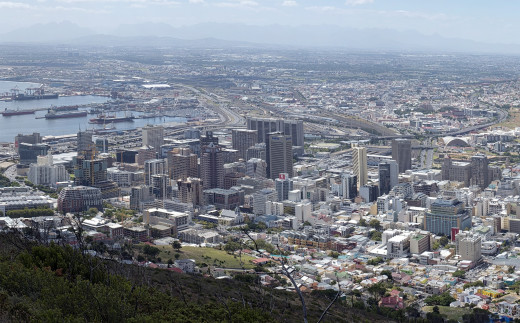 “I was recently commissioned to recreate a panorama of Cape Town and Table Mountain, which was captured from Signal Hill in 1884 by W.F.H. Pocock. Not only did the brief require me to recapture the panorama from the exact same vantage point as the original, but I also had to find the current owner of the original prints, scan the photos, and then hand-stitch them into one seamless panorama (the original four photos had no overlap). And since there was a fair amount of dust, hairs and scratches on the originals, I also had to spend a couple of hours cleaning everything up after stitching the panorama. Fortunately I managed to find the exact same spot where the original photos were captured, so I was able to shoot my modern version of Mr. Pocock’s amazing 1884 panorama. And fortunately I correctly guessed the focal length that was used to capture the original photos, so my panorama came out looking almost exactly the same as the original. Then I had this crazy idea to morph the two panoramas from the earlier one into the current one, to better visualize how much the city had grown over the last 129 years. When you watch the video you’ll be able to see how the original waterfront was filled-in during 1945, to build a new harbour and to provide an additional 400 acres of land for the development of central business district. You’ll also notice the rapid growth of Cape Town’s suburban district up the slopes of Table Mountain.”