A Year Of Chasing Lights & Bikes

I find these “Best Of” posts incredibly hard to edit down… trying to summarise 12 months of work into a few select images is an almost overwhelming task – hence I am writing this in late January and not in December!

To put it more plainly, I shot 101,305 photos from “real” cameras in 2014, many more if you count iPhone snaps. So I limited myself to one image per month – across all the locations I travelled to during my 158,000 km of flying last year.

Some of these images are my favourites from the year, some not – but they do fit the criteria of the selection process – which is what is the important thing here. Self-editing is a skill which requires complete objectivity and removal of emotion in a lot of respects. We all have favourite images based on the circumstances of the day/shoot/location etc. but to deliver images to clients on time, on budget and on brief is something we all have to practice to ensure we can deliver every time.

In 2014 I spent more time chasing light than ever – for about the first 4 months of the year I was up before sunrise literally every single day. The rewards are worth it though – and when you do get a chance to spend the sunrise in bed its just that much more special! I also spent more time concentrating and composing as much light into each shot as I could… conditions willing of course. I did not shoot flash once in 2014. In fact I don’t even travel with flashes anymore, I feel that the natural look conveys way more than something that is lit artificially – especially in my field of outdoor/adventure work.

But its the pictures that people come here for… So here is my best effort to sum up my 2014 in images: 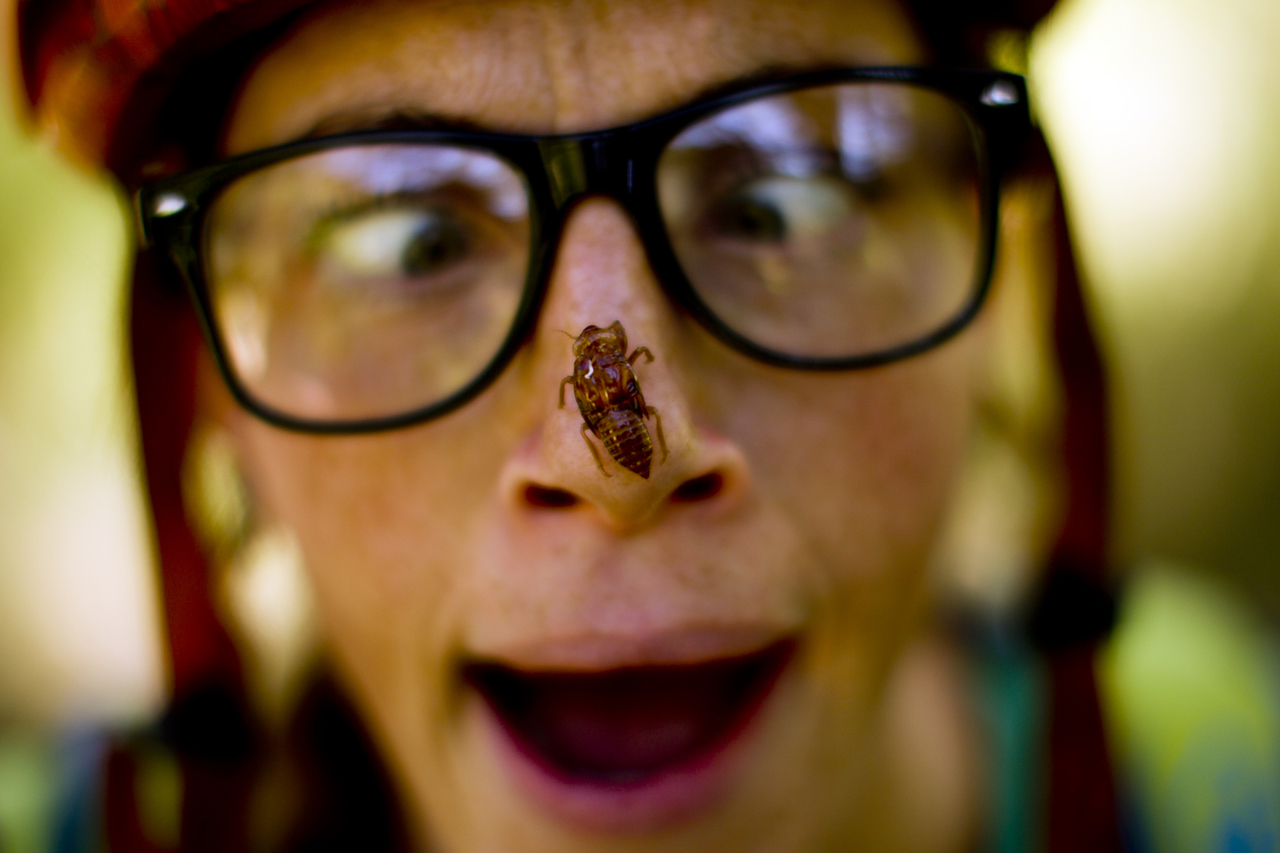 In early January I flew to New Zealand to shoot imagery for the women’s mountain bike brand Juliana Bicycles. The scenery there is just phenomenal to shoot – everywhere you look are huge ferns, amazing coastlines, it is a real life travel brochure! But the thing that inspired me the most in my travels there were the people. Outgoing, friendly, do anything to help characters. Harriet Harper was on such character – a trauma surgeon who can ride a bike better than most of the people I have ever ridden with – men or women – and was always up for a laugh to help the shoot whenever she could. 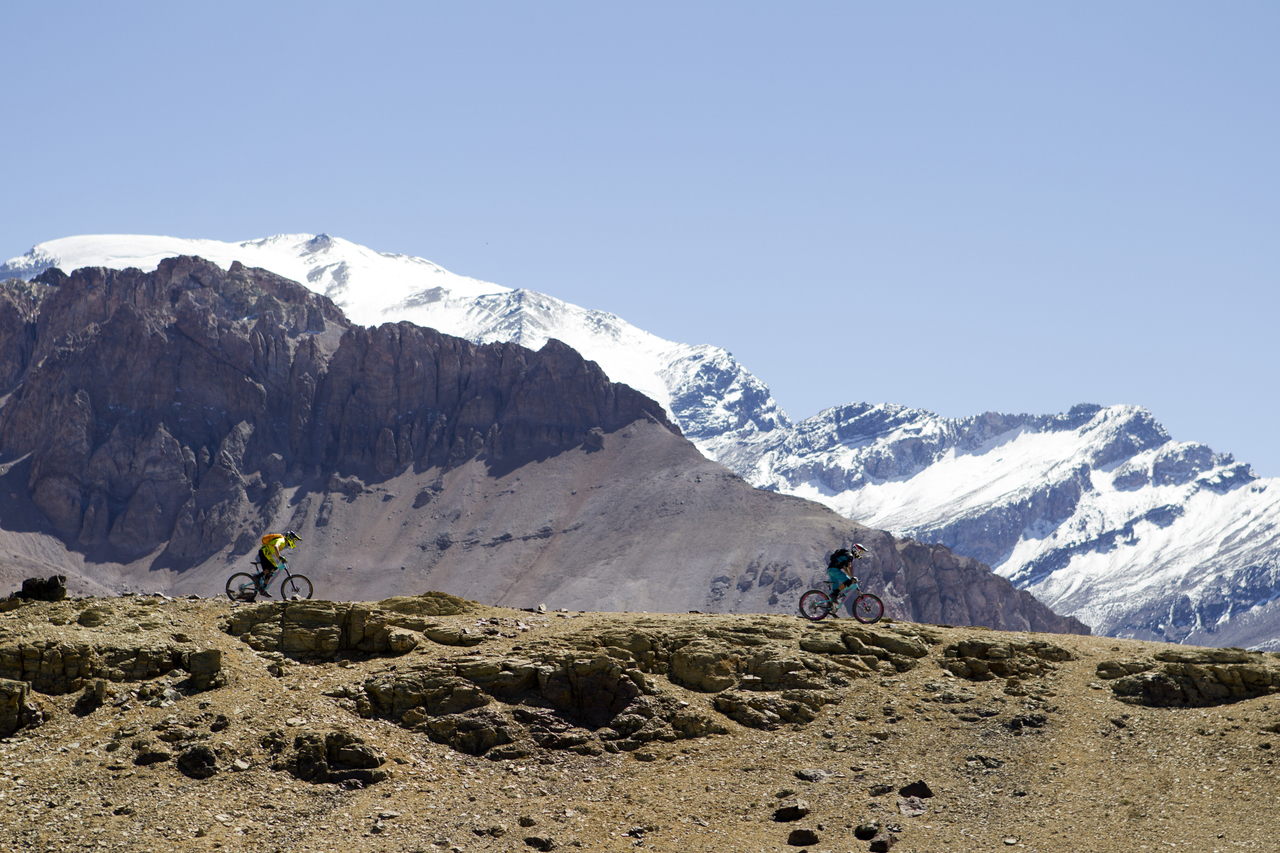 Straight from New Zealand it was off to Chile for a new MTB race called the Andes-Pacifico and to shoot stock for Santa Cruz Bicycles’ new bike that was to be launched in April 2014. The bike is called the Nomad and as such we needed imagery that could deliver that ideal in one shot. I shot riders on horseback carrying the bikes up mountains, riders drifting turns in the crazy Chilean dust which they call “anti-grip” and all whole bunch of stuff in between. For me this image taken from a helicopter above the La Parva ski resort at 4,000 m above sea level symbolises the nomadic lifestyle that the bike can deliver. 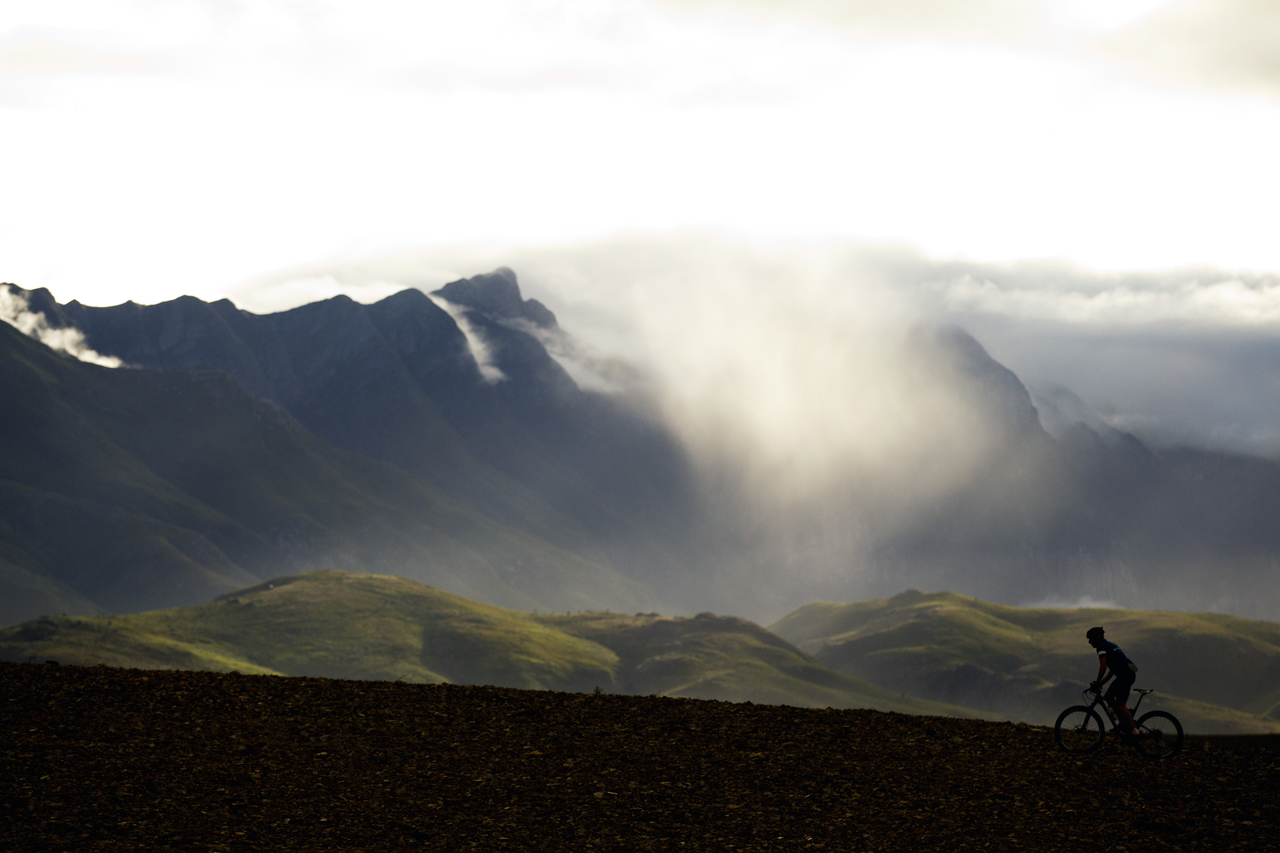 Then it was straight back home for the Absa Cape Epic – which is always a highpoint on my calendar. Primarily for the amazing imagery it produces, but also the fact that it’s close to home! I wont go into too much detail as the race imagery has been covered in an earlier post. But as usual with these things, the light lasted about 2 minutes or less and then it was gone. 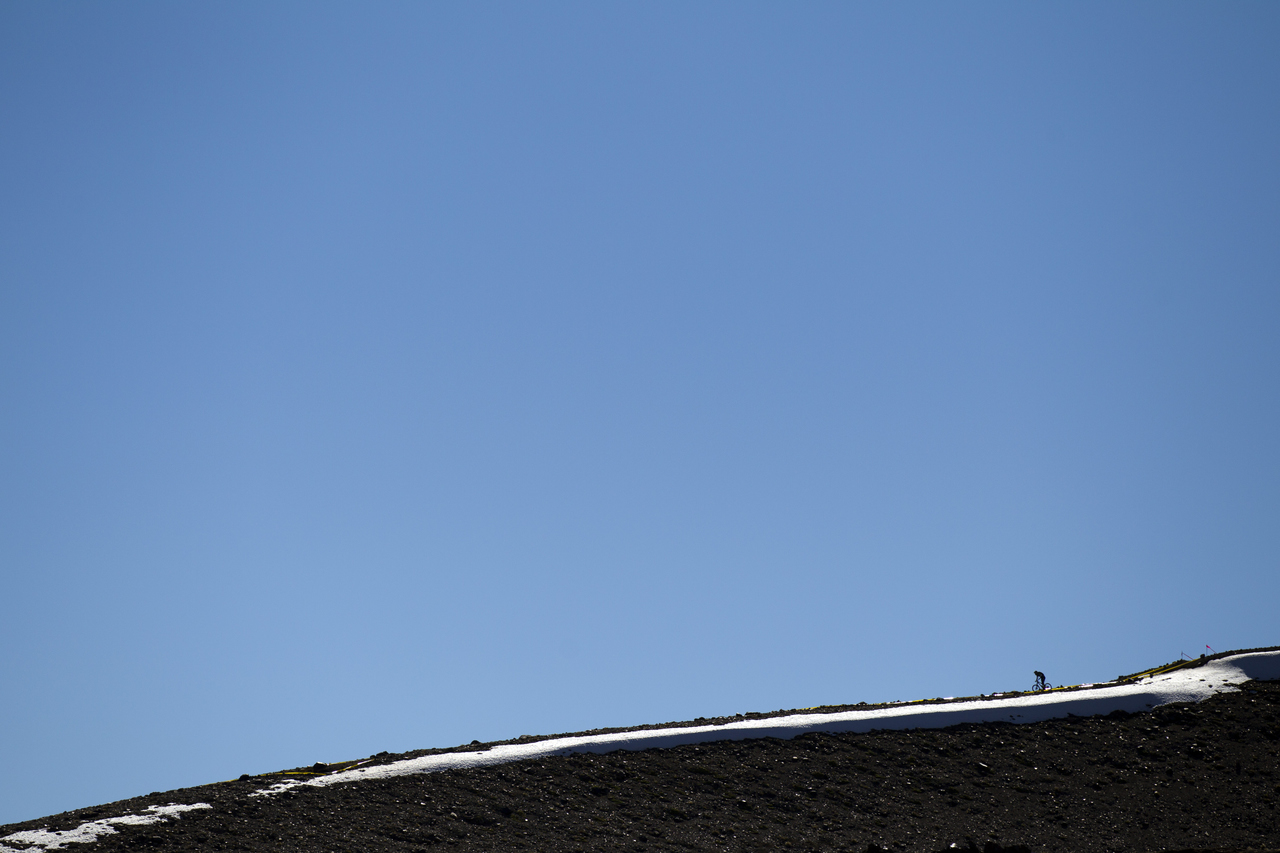 In April it was off to Chile again, but this time with a stopover in California, USA. Chile is an amazing country and I want to spend more time there especially in Patagonia as the imagery I have seen from there is mind-blowing. That being said I head to Chile in just over a week… Anyway, this scene from Nevados de Chillan struck me for its simplicity and clean composition. I was sitting on a ski lift heading to the top of the mountain to cover the start of an Enduro World Series stage and spotted this lone rider heading down the scree field and some early snow. 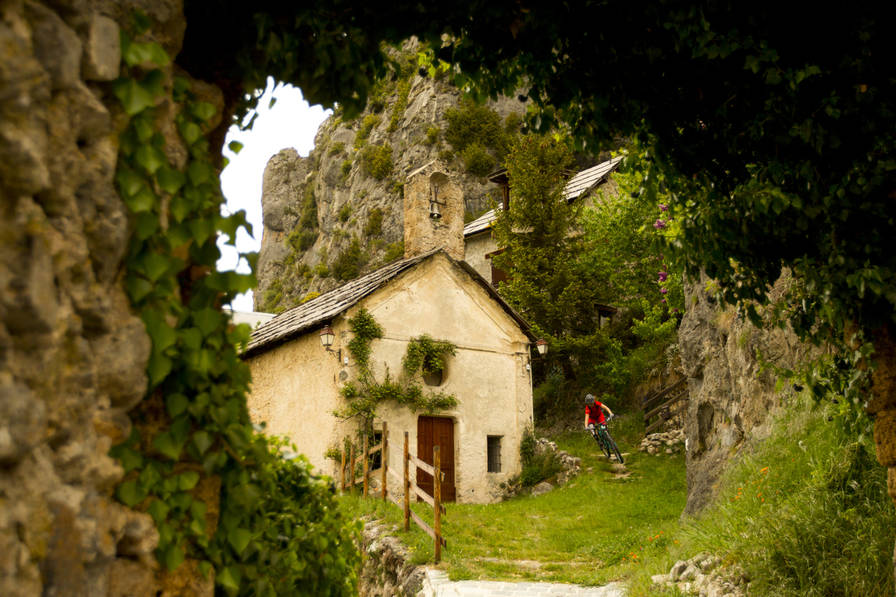 France is one of my favourite countries to shoot, besides South Africa of course, it has amazing scenery, trails, history and culture. I have been many times and plan to go there a number of times this year for various assignments. Last year I went there for a Juliana Bicyles’ Roubion launch and shot a large amount of marketing material around the ancient town where the bike gets its name from. You can’t really go wrong with the combination of ancient church, framed by a stone archway and rider in bright red kit on a cloudy day! 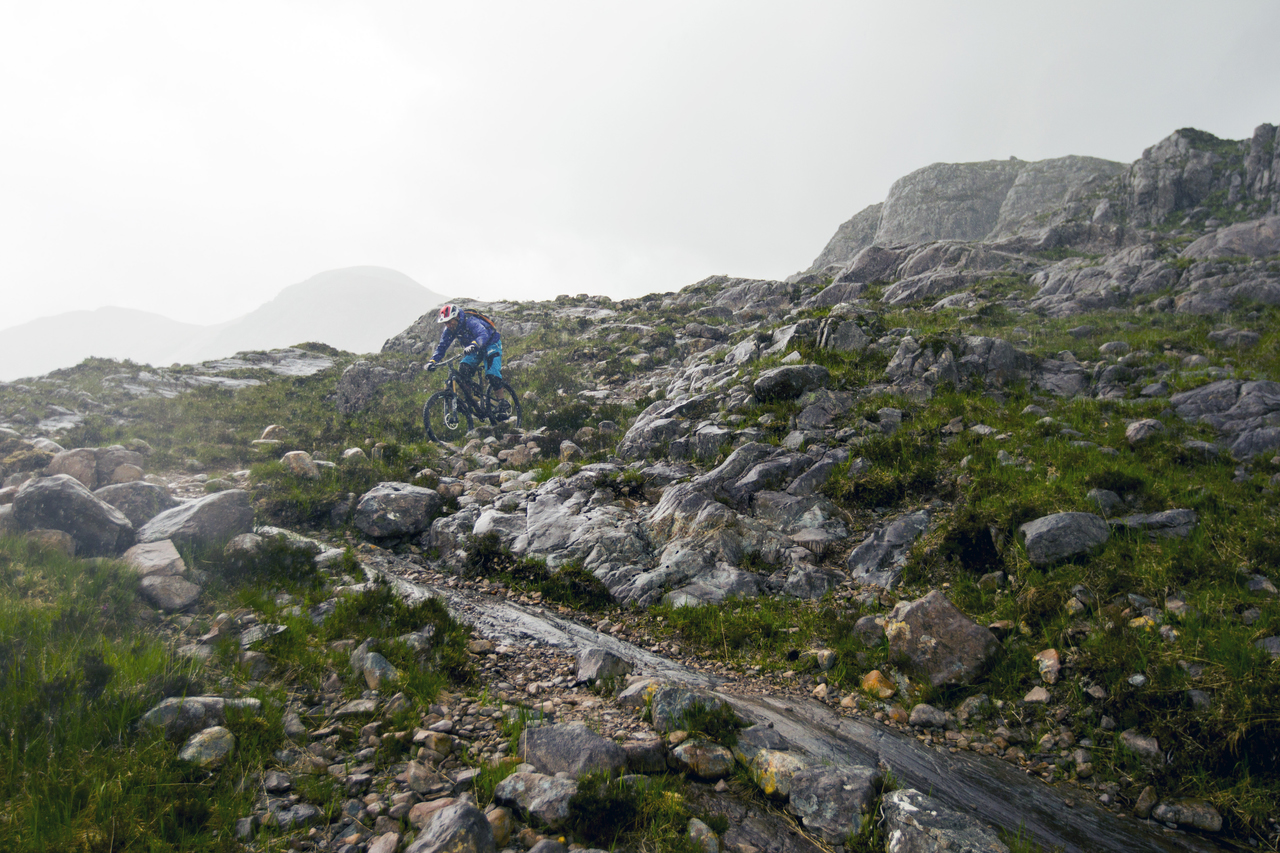 Come to bonny Scotland they said, it will be lovely. It was for the a large percentage of the time… But when the weather changes in Scotland it changes for the worse – rapidly. But that makes the images more powerful I find. It does tend to wreak havoc with your equipment but if you are prepared it is so worth it. Scotland has so many hidden valleys and epic scenery that is undiscovered and that makes going to find these places all that more appealing. 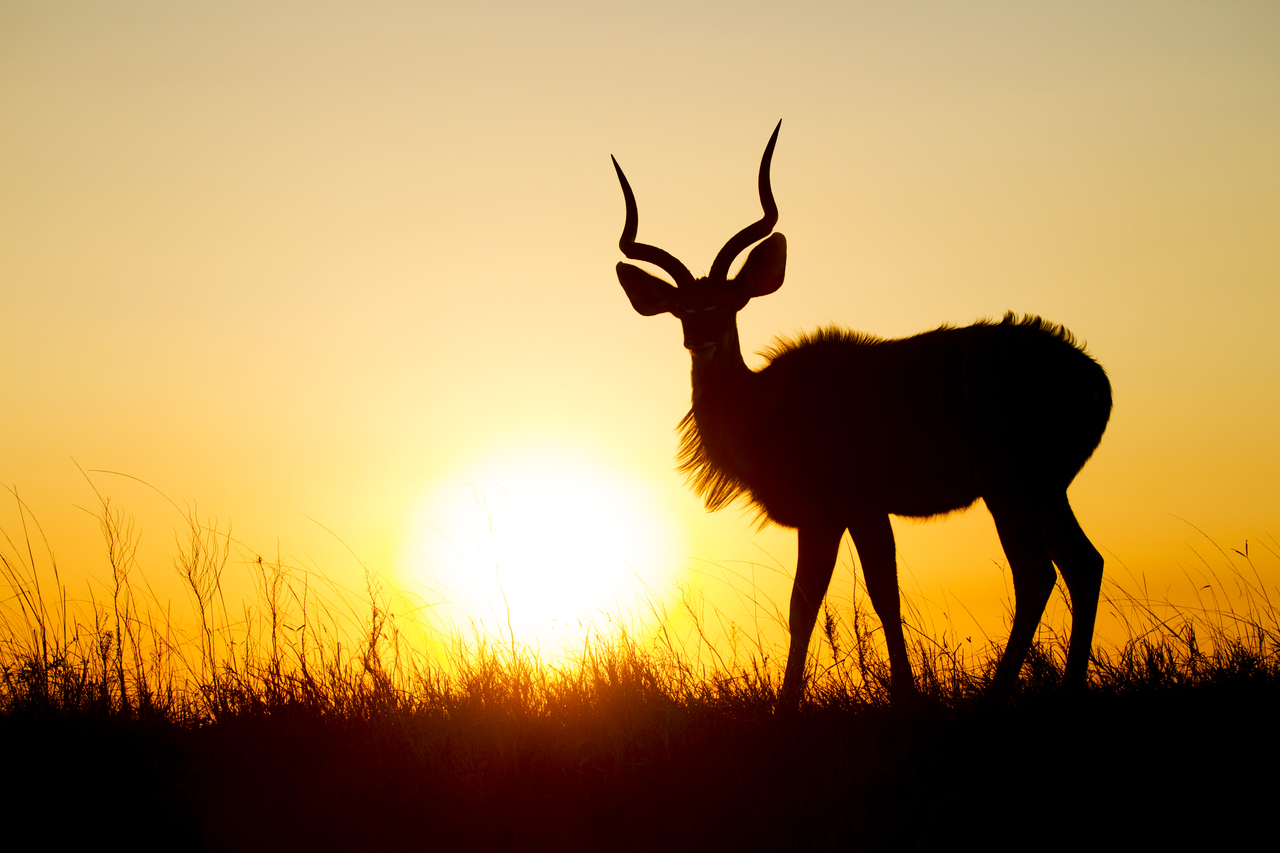 Family time! Travelling year round might seem glamorous at first glance but the airport lounges, check ins, security checks sure do add up over time. But those are mere hinderances compared to missing time with family. So in July we did a road trip through the country taking in the sights as a family. But I always bring my camera as you never know what you’ll spot. 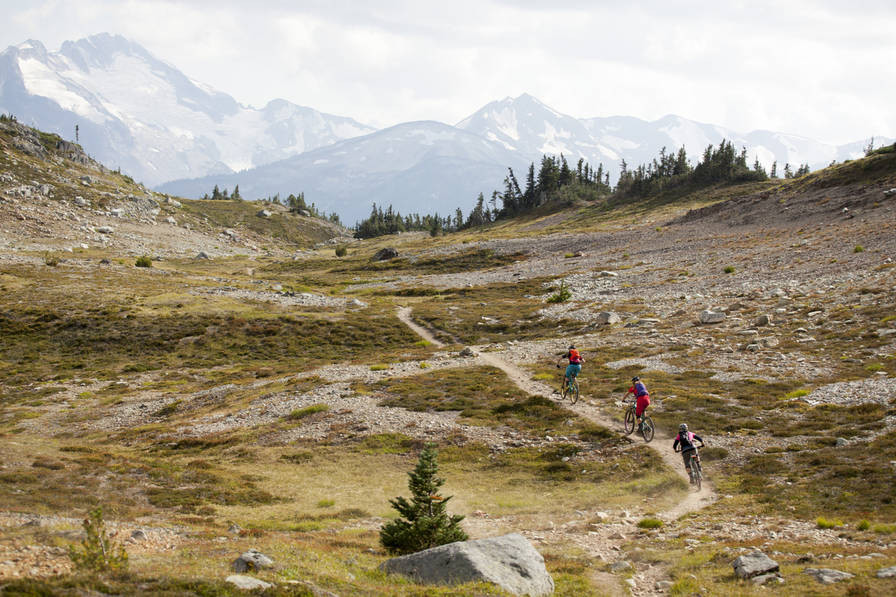 I have been to Canada many times before – but always to the east coast and Quebec, never to the west coast and mountain bike mecca of Whistler, British Columbia. But in August, 2014, I achieved the dream of shooting & riding there. It is a magical place with snow-capped peaks, epic alpine meadows and trails that will blow your mind. 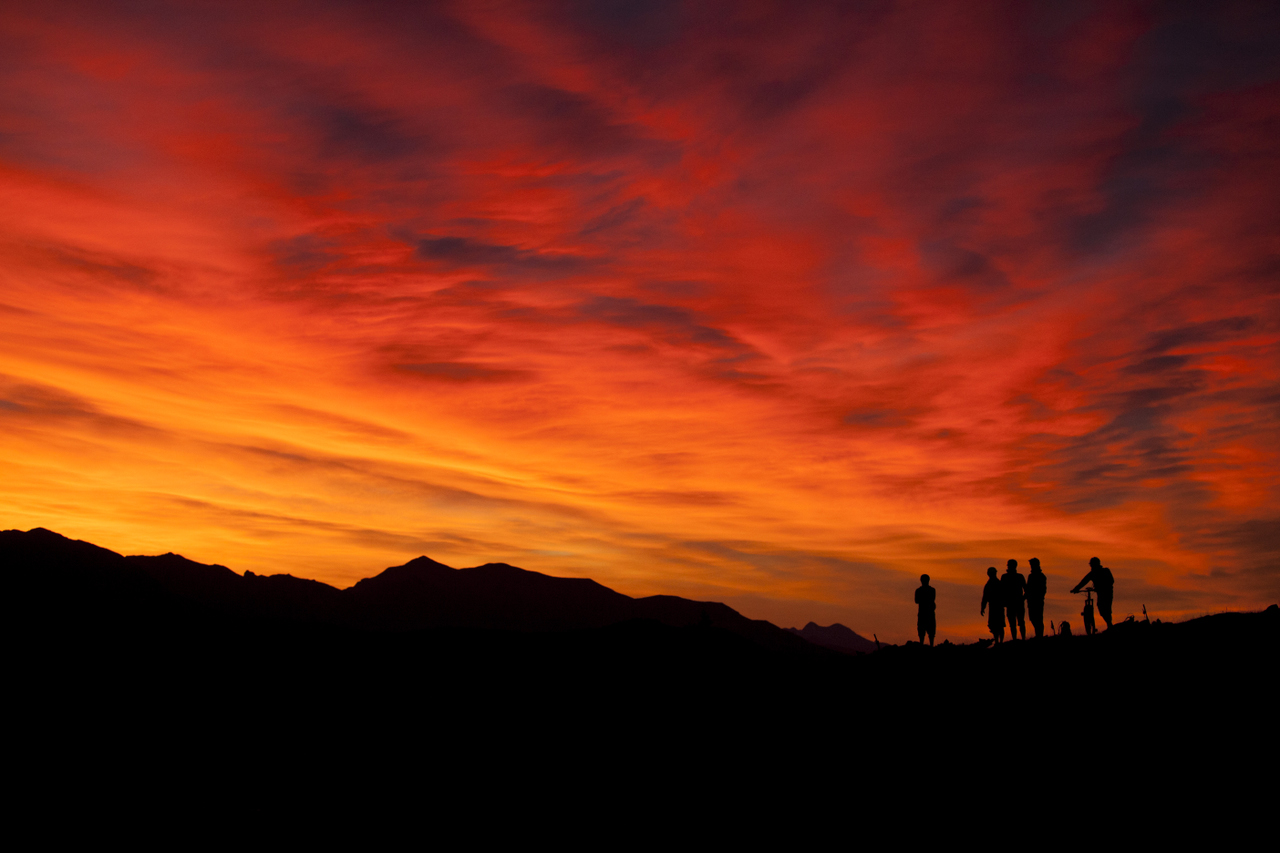 Back to France for the Trans-Provence stage race – one of the greatest times you will ever spend on a bike. Its another week of early starts and long days – but oh so worth it when you get to to the top of alpine col at 05:30 and experience a sunrise that made us all stop and just soak it in. Mother Nature #NoFilter that day I can tell you. 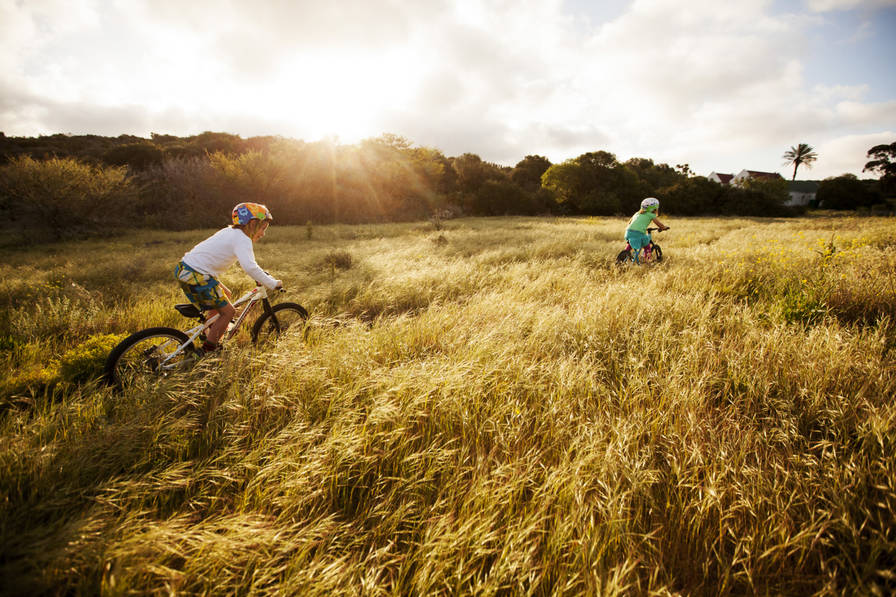 Home for a bit! Time to catch up family wise. Kids riding bikes always makes me happy and this image always makes me smile. It takes me back to my youth and the days of exploration on bikes in the veld. A simpler time perhaps… but where the bike takes me every time I get on one. 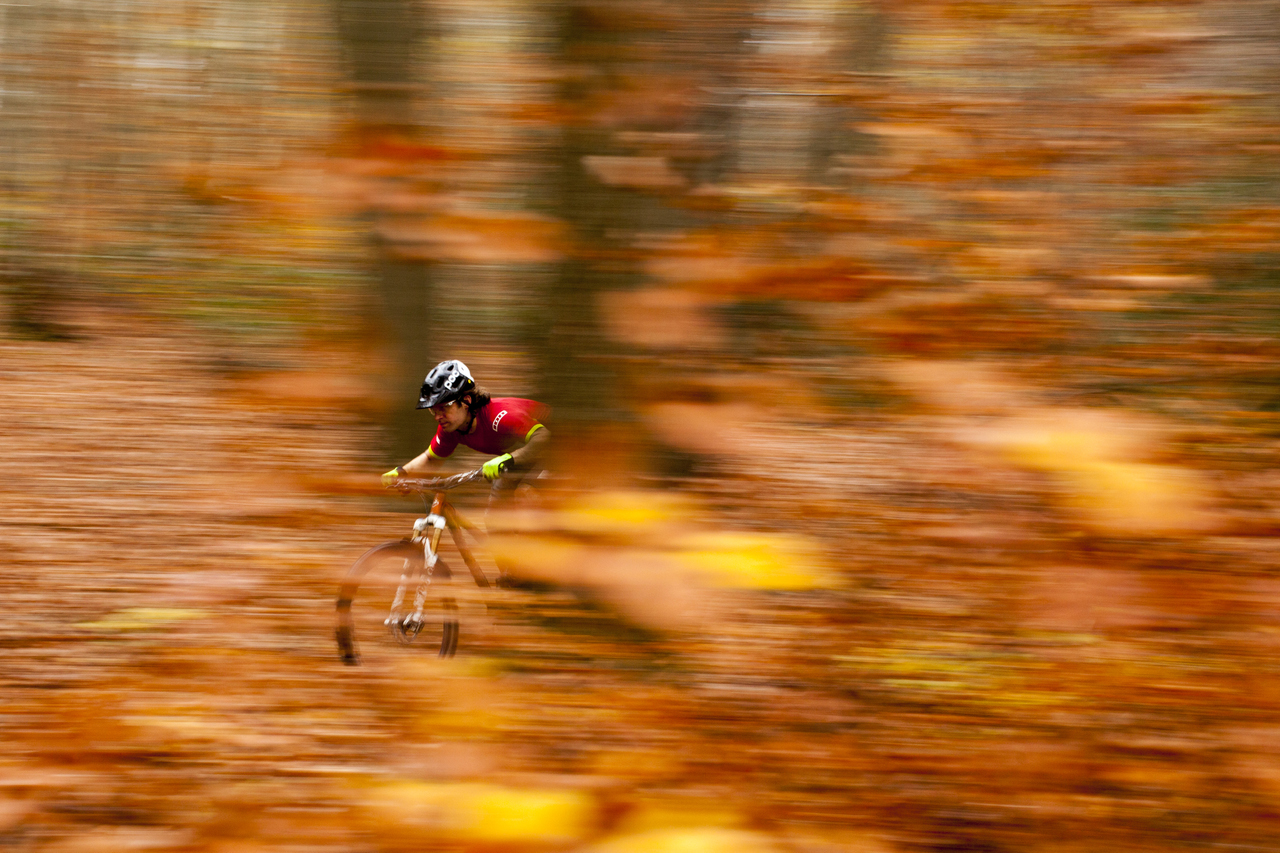 Most people don’t think of Belgium as a mountain bike destination but I have spent many a week there riding my bike with many like minded folks. I think it helps that they have the best beer in the world on top of the amazing cycle culture – but maybe thats just me. Travelling all year chasing the sun means that I dont often shoot in anything other than summery conditions but November’s trip to Belgium brought out the full spectrum of colour with the golden leaves of Autumn. 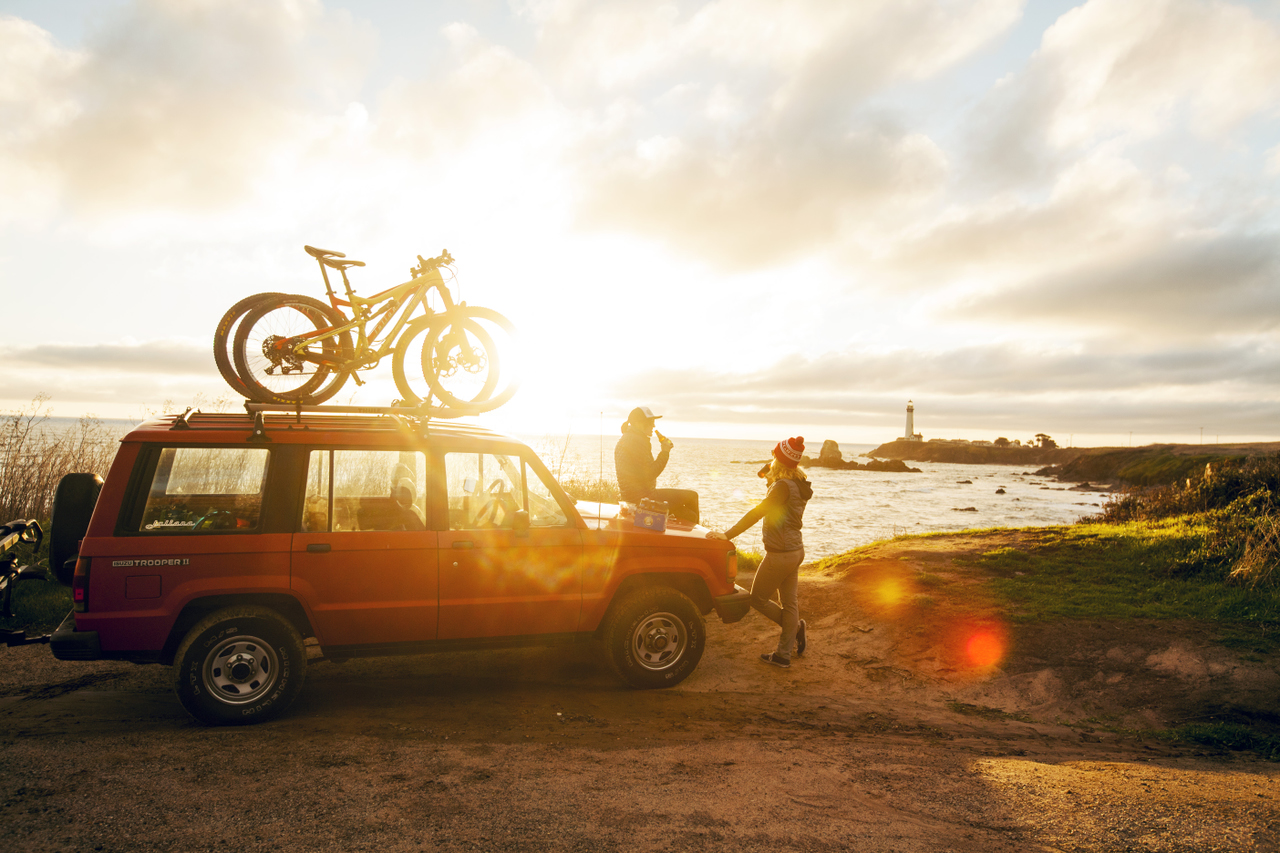 Last work trip of the year for me was to California and it was time to raise a beer, hang up the bikes and soak in the sunset of the year. 2014 was a great year for me work wise and here’s hoping 2015 will produce the more. Thanks for reading. Cheers!