Behind the scenes from a creative food photography shoot, combining delicious food with colourful but inedible paint!

Paint and food: a recent test shoot and behind the scenes
by Russell Smith

A few months ago I met up with Emma Longman, food stylist and passionate individual, who was keen on doing a test together. I have spoken in an earlier post about the importance of testing and building your portfolio. This particular test also served the purpose for Emma and myself to suss each other out and see what it was like to work under ‘less stressful’ circumstances. Several meetings, lots of mails and a few rejected concepts later, we came upon the idea of mixing paint with food. The juxtaposition of the delicious with the inedible and using the paint in plausible contexts felt intriguing and tempting to try out. As we made the decision to use the results of our efforts to target advertising clients rather than editorial we decided to go for a more graphic approach, highlighting colour and the paint itself. I also used flash over my beloved daylight taking it away from my editorial work.

Shoot day, behind the scenes: 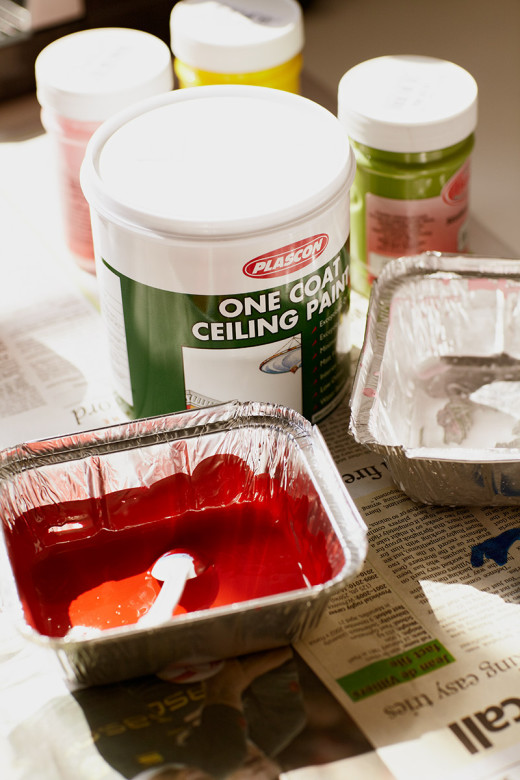 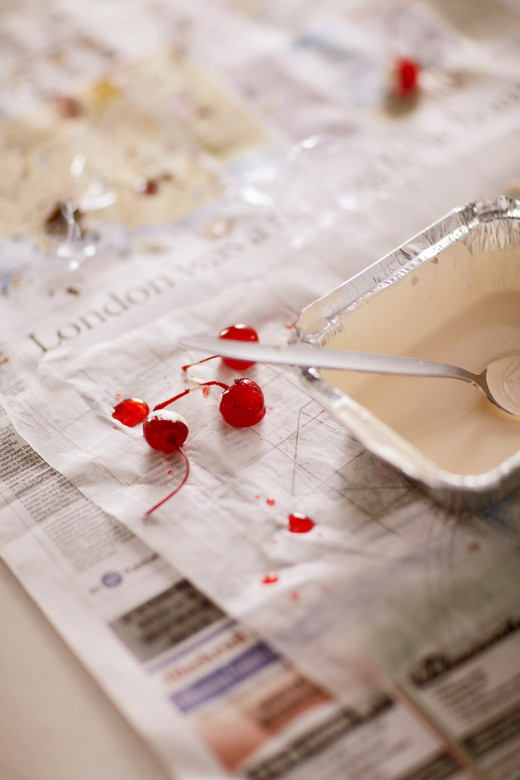 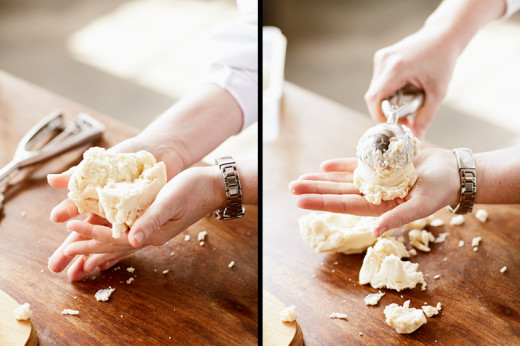 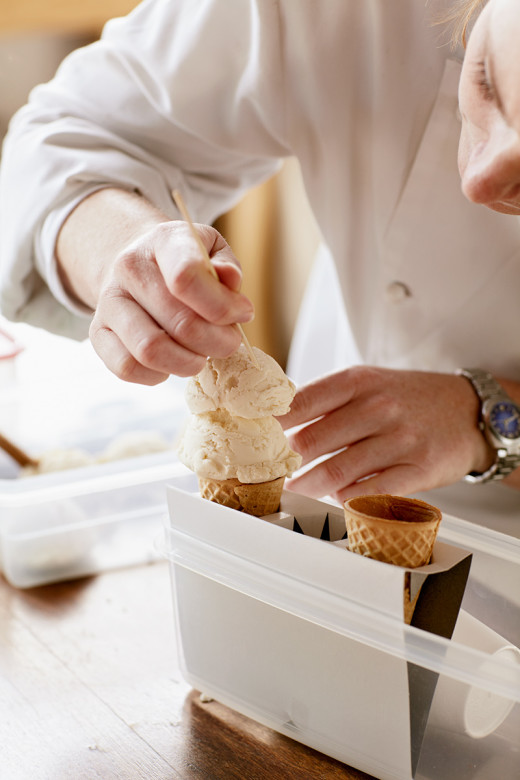 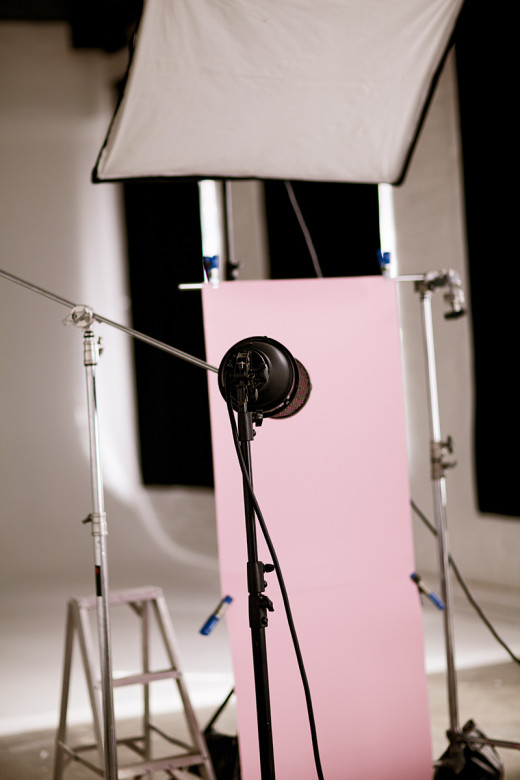 On the day we were a little unsure as to how the paint would react with the various food items we had selected to shoot. One of our executions was a melting ice cream. If anyone has ever shot ice cream before, you will know how tricky it is to get right even before the addition of paint! So Emma constructed the ice cream artificially freeing us up to concentrate on the paint and not melting ice cream. The next challenge was to match the colour of the paint with the ice cream so that it looked like the ice cream was melting paint and not that something had been poured over it. We brought in a hand model to sit while Emma played with the texture and consistency of the paint. Coordinating pouring of paint, cherries and a chocolate flaky proved more difficult then we thought but after several takes we got something we were happy with.

The lighting set up had to accommodate for a small working area and therefore had to be focused and precise. Generally the smaller the subject the more difficult the lighting as small movements with a light translates into a big change in the result. The backdrop also had to be lit independently of the ice cream and so enough distance had to be placed between them to do this. The larger the backdrop the easier this is to achieve. The use of a ringflash helped give a nice highlight on the paint.

The last part of the process was the postproduction. Juan Stockenstroom, fresh off the boat from his time in the UK, did fine work on the post production adding drama and enhancing the concept. I have included 3 of the executions here of our test together. 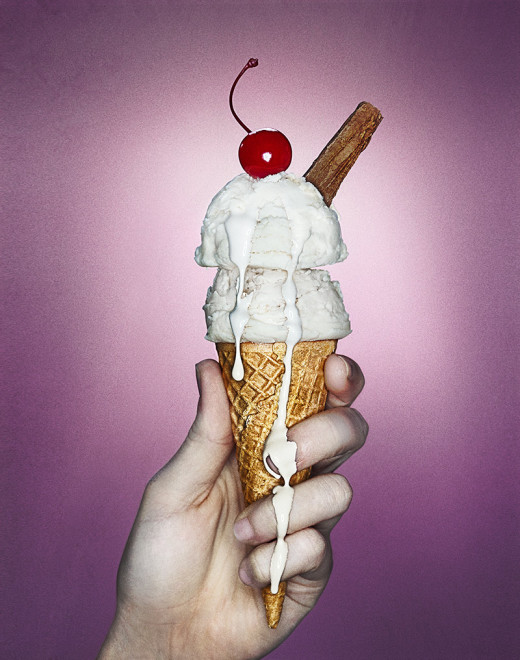 The result of our test day! 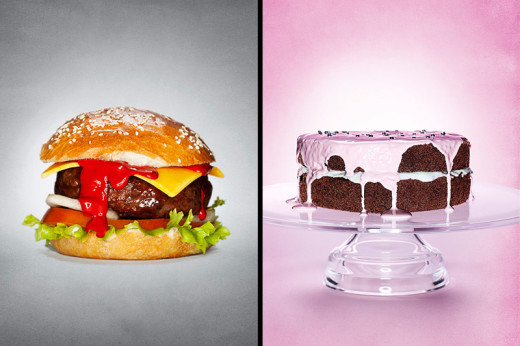 Written by Russell Smith. Originally appeared on his blog.

Vote For The Photo Of The Month: May 2013
A Glossary of Photographic Terms
Orms Print Room: Fujicolor Metallic Prints
Sport Photography: A New Perspective with Remote Cameras