Review and photographs by Emil von Maltitz, a Durban-based photographer. The Sirui G-20KX Ballhead is available on Orms Direct.

In the review of the Sirui N-3204X carbon fibre tripod I opened by commenting on the usual mistrust buyers have of Chinese manufactured camera goods. This is certainly the case of tripods, but the Chinese brands have been producing truly excellent ballheads for a number of years. The Markins ballheads for instance have a reputation for robustness and class-leading stability. They also have price tags that pretty much match their German and American counterparts. Sirui have been manufacturing tripods and ballheads under their own name since 2006, obtaining ISO certification in 2007. They have been manufacturing for other tripod companies since 2001.

In the world of equipment this means that Sirui are a relatively young company and, here in South Africa at any rate, are not as well known as some of the other tripod brands on the market. With this all in mind I was a little skeptical when the G-20KX arrived. My initial reaction was simply that the ballhead was too small and light to do any serious work. After spending time with the G-20KX I have to confess my initial reaction was dead wrong.

The ballhead is a precision machined aluminium alloy head with satin anodised finish. The 31mm diameter ball seems to have a smoother anodised finish to it compared to rest of the unit. The whole package is actually very small in the hand and only stands 98mm high. The finish feels very professional and solid. This is particularly impressive as it is such a small head.

The four knobs on the ballhead (clamp, locking, pan, and friction) are all of different sizes and are spaced nicely apart considering the small area that they have to be positioned on. They all have the same notched pattern in the aluminium knob rather than having a rubber coating. Personally I liked the metal pattern and found it easy to grip without feeling too sharp or metallic. The locking and friction knobs also have a light blue plate on their outside indicating which direction to turn to lock/unlock the unit.

Overall I had the sense that this is a tough, well-constructed little unit that has been made to handle pretty severe knocks. It looks good too, albeit a very small ballhead. If anything, I was dubious as to the claim that the unit can handle loads of up to 20kg.

As mentioned above, there are four controls on the unit, these being the large locking knob, the clamp knob, a small pan knob with another small friction knob. The pan knob is the lowest of the controls, sitting just above the panning base which is also marked in 5 degree increments (etched and painted). The pan itself is beautifully smooth and dampened. There is no perceptible sway between the main body of the ballhead and the panning base when the pan control is loose. That’s impressive for such a small head. 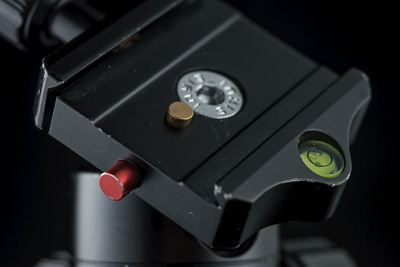 The larger locking knob seems about the right size for the head itself as any bigger and it would actually start to affect handling on such a small head. Herein lies my one criticism for the layout of the controls and it isn’t directed at Sirui, but at a large portion of the ballhead manufacturing sector. The layout of the locking knob is frustratingly close to the notch for vertical shooting. In my opinion the notch should be opposite the locking control. Maybe there is an engineering problem here that I am not aware of that precludes this, but a number of manufacturers place the locking knob adjacent to the notch. This makes vertical orientation shooting tricky if you have large hands or big fingers. Basically on a ballhead of this size your fingers jam in-between the camera body and clamp and the locking knob itself (see image). Other than my gripe directed at the entire industry the layout of the knobs allows for pretty instinctual control. i.e. it doesn’t take too long before you don’t have to look to see where you are putting your hands to know which control you are operating.

The friction knob is similarly constructed and works very smoothly. In fact I think it’s one of the better friction knobs I have used. It doesn’t have the level of complexity as the FLM ballheads, nor the absolute precision of something like a Really Right Stuff ballhead, but what it does offer is absolute simplicity and ease of use. Someone trying out a ballhead for the first time would be completely at home with the friction control. 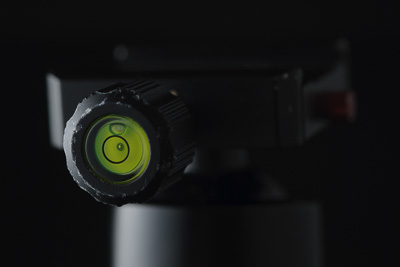 The last control is the clamp knob which includes a built in spirit level. It had me scratching my head at first as to why one would need a spirit level on the knob until I realised you can use it to get the camera’s sensor plane absolutely horizontal to the ground with it if you have the clamp lock on the rear side of the camera (theoretically, as there are a heck of a lot of tolerances to take into account between the clamp knob and the actual sensor on the camera). Personally I would think that a spirit level resting on the camera’s LCD screen is probably going to be more accurate (unless it’s a Lytro) but it’s nice to know that Sirui are trying to think of every eventuality.

One thing about the controls is that they can over tighten in the loose position, requiring a decent bit of force to loosen. Otherwise the controls work very well.

What I really like about the Sirui heads is that they are sticking to the Arca-Swiss style plate that has become pretty much standard for professional camera users. This means that the Sirui fits nicely into any existing setups you might have, or makes an excellent introduction to a more professional tripod system. But there’s more, says the salesman at the counter: there is a very user-friendly locking pin incorporated into the clamp. Simply press on the red button and the small bronze coloured safety pin/stop retracts. Some other clamps have safety pins that preclude the use of some arca-swiss style plates as they don’t have the necessary recess to allow the pin to move into place. The safety pin in the Sirui can simply be retracted out of the way for older plates that don’t have the recess. Apart from that the whole safety pin setup is really elegant. It works well, is unobtrusive and is easy to use. Also on the clamp is another spirit level (in the more traditional location). This is great for levelling the clamp if necessary.

In discussing handling we are always going to come back to the size issue. Small ballheads just don’t operate as easily as large ballheads do. There’s a reason why most serious landscape and wildlife photographers use ballheads with ball diameters of between 43 and 50mm. A larger ball makes moving a hefty piece of gear relatively effortless. A small ball means you are using your own muscles to level and position the gear, whereas a bigger ball has inherent drag. Simple physics plays a role (it’s easier to balance on a big ball than on a small ball).

Bearing the size constraint in mind, the G-20KX actually handles admirably well. I found it easy enough to setup and use with a D800 and 16-35mm lens attached. It could still handle the weight of the same camera with an 80-200mm f2.8 lens attached, but wasn’t as smooth in its operation while composing. It was more than useable though.

Which brings me to the manufacturer claim that the ballhead can hold 20kg in place. That’s a lot of weight for a small ballhead. I would suggest that it would be a little optimistic too. If I place a camera and lens on the ballhead and lock down tightly I am still able to move the ball with some force from my hand. I can’t do that with my Kirk BH-3. BUT, my Kirk costs three times as much, and weighs almost twice as much so it’s a little disingenuous comparing the two. In the real world, shooting with a rig equivalent to a pro camera and mid size lens (think 24-70mm f2.8) the G-20KX will have ample holding ability with some left to spare.

Some reader’s might think I am bashing Sirui in the last paragraph. I’m not. If you select your gear for the right purposes this is a truly excellent ballhead. As a companion to a travel tripod I think it’s ideal. It’s lightweight, sturdy and can handle any travel outfit including pro-level bodies and lenses. Just don’t ask it to hold a medium format camera with enormous telephoto lens attached – it’s not what it is designed to do. As it is I could see myself using one of these heads as my time-lapse head (I often carry a second body and tripod to shoot time-lapse while I am busy with stills – it needs to be light as it is an additional set of equipment to lug into the mountains) or as my preferred ballhead for extended mountain trekking. It basically comes down to weight and ability. The ballhead is wonderfully light and impressively capable. Then there’s the added bonus of price.

Maybe because Sirui are still relatively young and unknown they have opted to price their gear aggressively. The G-20KX is priced at less than R1500 on Orms Direct. Consider this against the European counterparts and you soon realise that this is a very good price for a top quality small ballhead. All in all an excellent small ballhead and one which would fit well into many photographers’ tripod setups. 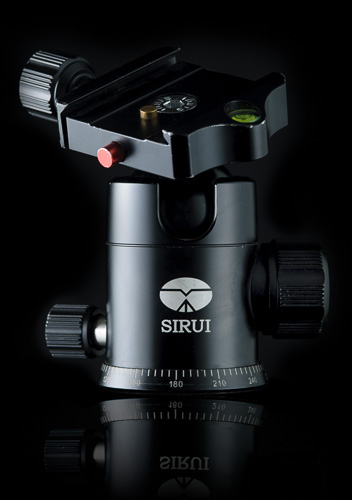