Sony has announced the RX100, a new compact camera featuring a larger 1″ CMOS sensor in a small, stylish form factor.

Sony has announced a new compact camera featuring a large sensor: The RX100 packs a 20.2 megapixel 1″ CMOS sensor, which is roughly double the size of the sensors in most of its competitors.

To compare, the Sony RX100 is about the same size as a Canon S100, but its sensor is twice as big. On the other hand, even though the amazing Canon G1 X has a bigger sensor, it also comes in a much larger, less pocket-friendly form factor. The guys over at DPReview have gotten their hands on a pre-production RX100 and compared the hardware to some of the main competitors:

It’s great to see larger sensor technology used in compacts. The RX100 also features an impressive Carl Zeiss 28-100mm equiv. f/1.8 lens, further improving its low light performance. It is also the first camera to come with Sony’s new WhiteMagic LCD, which improves display brightness by including an extra white dot for every pixel. Other interesting specs include the control ring around the lens, the ability to shoot RAW, and an upper ISO ceiling of 25,600. All of this is contained within a lightweight aluminium body shell.

We don’t have local pricing or availability information at this point, but we’ll keep you updated once we receive more details. The full press release is included after the product photos, and you can read more at The Verge and DPReview. 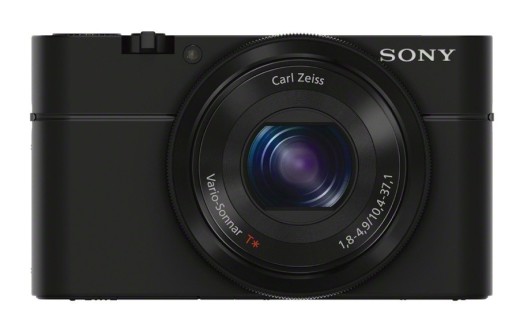 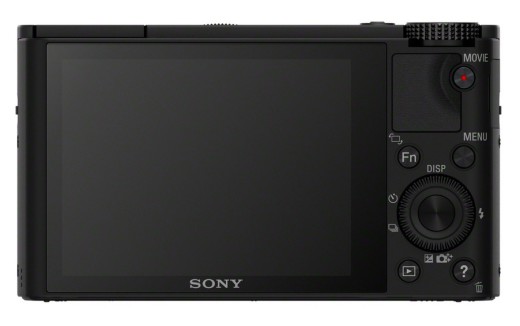 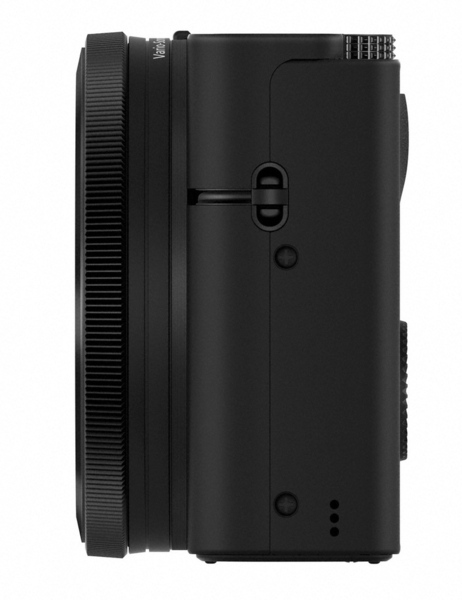 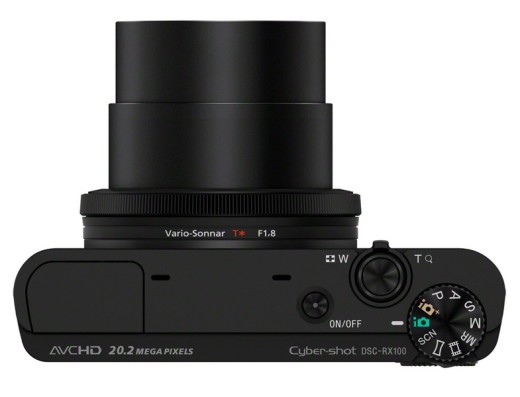 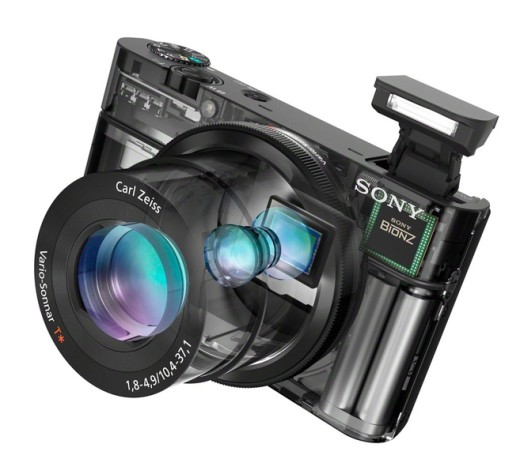 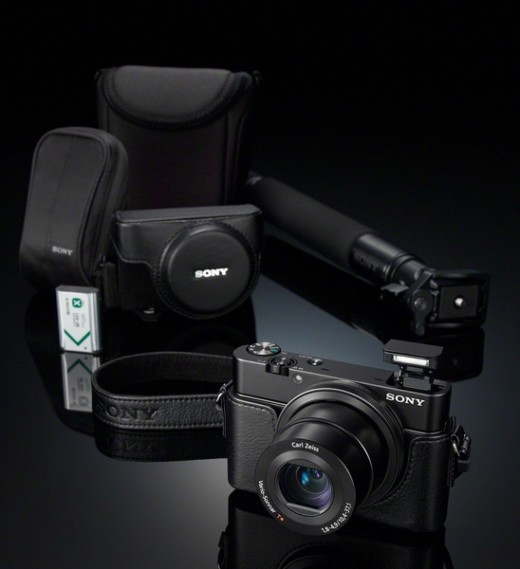 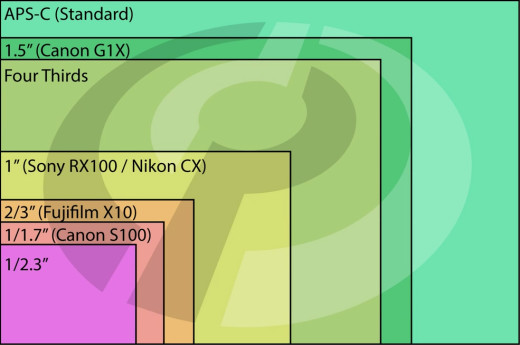 Striking the ultimate balance of form and function, the stylish, aluminium-built RX100 camera inherits many advanced imaging features from Sony’s α range of A-mount and E-mount cameras, delivering beautiful still images, crisp full HD videos and a level of manual control and creativity unmatched by any other camera of its size.

“This camera is ideal for travel, portraits or street photography, delivering impressive results in a variety of lighting conditions with an intuitive, customizable control interface,” said Yosuke Tomoda, director of the Cyber-shot business at Sony Electronics. “It’s a perfect step-up model for point and shoot users not interested in larger DSLR or compact system cameras, and also an outstanding choice for enthusiasts who may already own a large DSLR and are looking for a high-quality, pocket-sized ‘all-in-one’ second camera.”

At the heart of the Cyber-shot RX100 is the world’s first 1.0-inch type Exmor® CMOS sensor with a resolution of 20.2 effective megapixels. Specially developed by Sony, the sensor has an area that’s approximately four times larger than the 1/2.3-type sensors in traditional point-and-shoot cameras. The sensor’s larger area takes in more light while capturing content, resulting in beautiful, detail-packed images and Full HD movie clips with very low noise.

The larger sensor is partnered with an exceptionally bright Carl Zeiss® Vario-Sonnar T* fixed lens with 3.6x optical zoom range. In contrast to standard point-and-shoot cameras, it has a wide F1.8 maximum aperture to let in additional light and complement the resolving power of the larger sensor.

Newly optimized to complement the 1.0-inch type sensor and lens, the camera’s powerful BIONZ® image processor maximizes shooting response times while helping assure exceptionally clean, natural images. It also extends sensitivity right up to ISO 25600 (using Multi Frame Noise Reduction), allowing for exceptionally clear handheld images in low light conditions. To capture fast-moving subjects, the RX100 camera can also shoot at up to 10 frames per second (in full resolution) and has high-speed autofocus that locks onto a subject in as quickly as 0.13 seconds (depends on scene and lighting conditions).

For making manual adjustments while shooting both still images and movies, the new camera has a smooth control ring around the lens body, which can be used to alter exposure, zoom, creative picture effects and a variety of other customizable functions. Additionally, frequently used functions can be assigned to the Fn (function) button for instant access, and the Memory Recall feature can store up to three groups of customized shooting settings based on user preference.

Similar to a DSLR-style interface, there’s a choice of auto and manual focus modes on the Cyber-shot RX100 camera for enhanced image control. For those that prefer focusing manually, MF Assist magnifies images to simplify fine adjustments, and there’s also a pro-style peaking function that highlights sharply-focused areas of the image on screen.

The RX100 camera offers a generous choice of artistic options to expand creative shooting possibilities. It includes the option for six different creative styles and a variety of popular picture effects including Toy Camera, Partial Color, HDR Painting and several others, most of which can be previewed directly on screen before shooting.

The new Cyber-shot features Auto Portrait Framing – a feature found on Sony’s latest α range of A-mount and E-mount cameras — making it simple to create sharp, perfectly framed portraits. This unique feature automatically detects faces in a scene, crops the picture accordingly creates a tighter, pro-style composition at full resolution. Both the original and cropped photo are saved for review.

New accessories include a spare battery, dedicated carrying case and a battery charger designed to complement to the new camera.