Is the Carl Zeiss Super-Q-Gigantar 40mm f/0.33 the fastest 35mm lens ever produced? Nope, but it looks great. 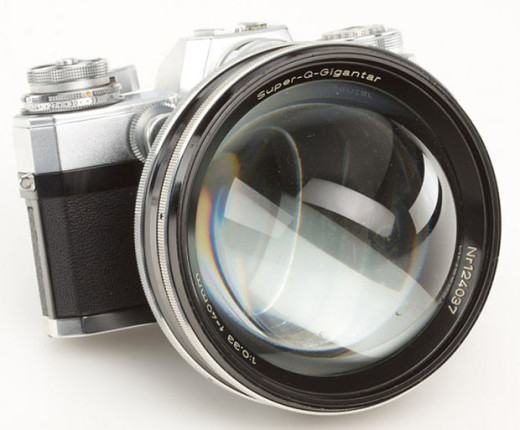 Unfortunately, that claim is far from true. Not because there are lenses faster than f/0.33, but because the Zeiss Super-Q-Gigantar was a PR stunt – a joke. In a bid to ridicule the industry’s trend (back then) to create the fastest lenses, Zeiss decided to come out with the most ridiculous lens they could muster.

The lens itself is made from parts found around the factory, including elements from condenser lenses, which results in an impressive looking optic, but one that doesn’t work in the traditional sense. The focal length and maximum aperture were apparently chosen at random as well, so there’s really no redeeming factor for the Super-Q-Gigantar. In fact, the Q in the name is short for “Quatsch”, which translates from German as “nonsense”.

So, what is the fastest lens in the world then? According to Wikipedia, it’s an American Optical 81mm f/0.38 solid mirror lens. We’re unfamiliar with the images produced by this lens, but on paper it sounds like a great technical achievement. However, in terms of commonly available lenses, f/0.95 seems to be the fastest readily achievable aperture.

Here’s a few more images of the world’s fastest fake lens, which is admittedly very good looking despite not being functional. 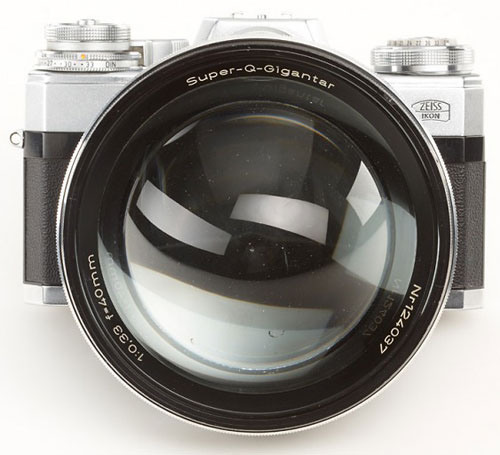 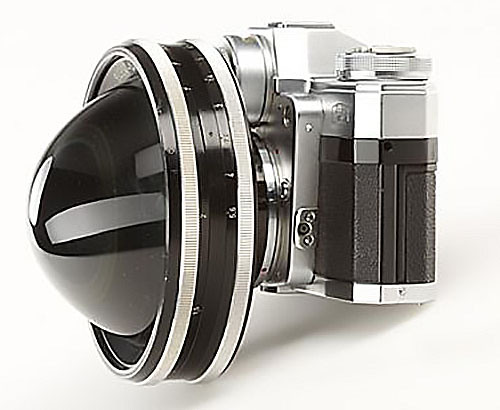 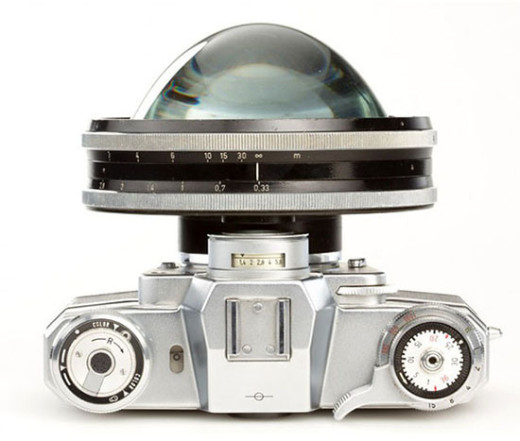 Via PetaPixel. Photographs taken by the Westlicht Photographica Auction.