Are you a fan of Game of Thrones or Vikings? Take a look at these great portraits captured in the studio by Russell Smith.

Article and photos by Russell Smith, a Cape Town-based photographer. Profoto lights are available at Orms, and will be available for online ordering on Orms Direct soon.

Blood, Sweat and the B4s

As far back as I can remember I have been a sci-fi and fantasy fan with the original Conan the Barbarian and Excalibur, Star Wars and later Tolkien’s Lord of the Rings trilogy being visual feasts and great sources of inspiration and mystery.

More recently Game of Thrones and Vikings have captured my attention and got me thinking about ways in which I could bring the genre into my photography.

I heard about the Profoto B4 packs and their insane ability to freeze motion and liquid at 1/25000th of a second. A perfect solution in my mind to recreate an instant in a viking fight scene.

I had seen several shoots with liquid dropped or splashed onto subjects but very little with liquid coming off the subject.

Please note: The photo above is a .gif animated image, and may take a while to load!

The Pro-B4 1000 Air, to give you more info, are revolutionary Profoto battery packs that allows one to shoot up to 30 frames per second. That means you are literally keeping your finger down on continuous mode and the flash is firing like a strobe recycling instantaneously. This does require one to be on a low power but I was shocked at how these lights froze the fastest of movements producing a tack sharp image every time. The image above is taken through one sword sweep and there were at least 8 sharp usable images from that sequence.

The speed of capture is not from the camera. I was shooting at normal flash sync speeds of 1/125th of a second. The fast capture comes from the flash duration, about 1/20 000th of a second. The rule is to shoot only with heads attached to the B4 packs and not have any other light source that can potentially continue to record on your sensor and ‘blur’ the image. So the ambient light conditions should be low. Put it this way, no other light should be picked up at your shutter speed and aperture settings other than your connected Profoto heads for the reasons I have just mentioned.

I was, to put it mildly, blown away by the results of the shoot. 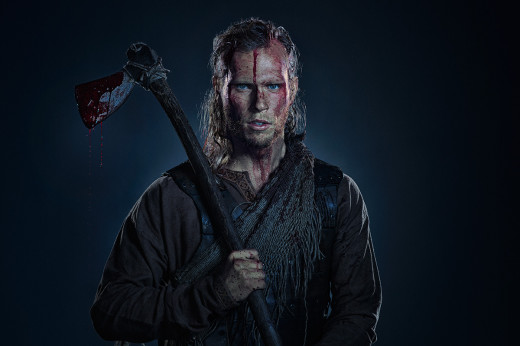 Dressed up and styled like they had stepped out of a macabre medieval battle scene, the two models Keegan and Martin were directed to actions that would allow the blood to fling off their faces. The tricky part was to get the right consistency of the artificial blood and the right quantity to put on the models for it to read effectively. We tried everything, from vigorous movements to getting the model to spit the blood out of his mouth and rinsing his hair with the stuff. It was only after a lot of trial and error that we started getting it right.

The down side, besides the huge mess left in the studio after, was that the focus under the low light can be an issue. When I switched on the modeling lamps to get a little more light to focus, I found that the battery charge ran down pretty quickly. This normally wouldn’t be a problem if you have back up or while shooting near a power source to recharge but would take this into consideration if out on location far from power supply.

Something to be careful of is depth of field. With lower power on the lights comes larger apertures and hence smaller depth of field. This may be a problem if you are shooting layered scenes where you need all as sharp as possible. Here you may have blood droplets for example frozen in speed but soft from being out of depth of field range, which can defeat the point. I managed to get around this by powering up the lights a little and increasing ISO to allow for wider DOF.

All in all, I was seriously amazed at these lights and the way in which the droplets of liquid took on a sharp form in space. Not to mention the fine performances of Keegan, Martin and the make-up/hair artist, Fran.

Here’s the full sequence of frames from the animated .gif above: 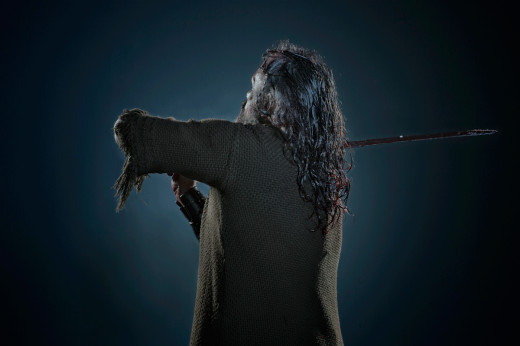 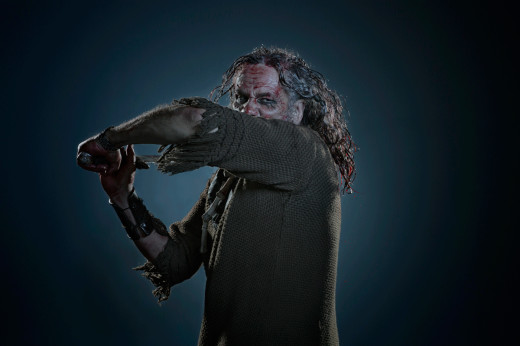 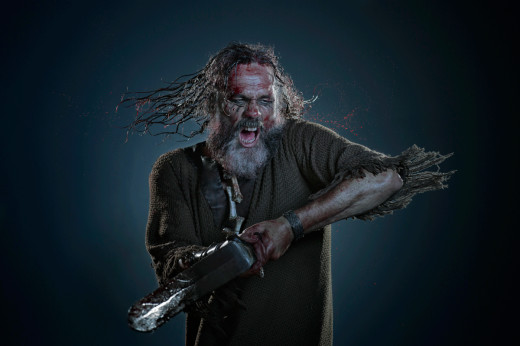 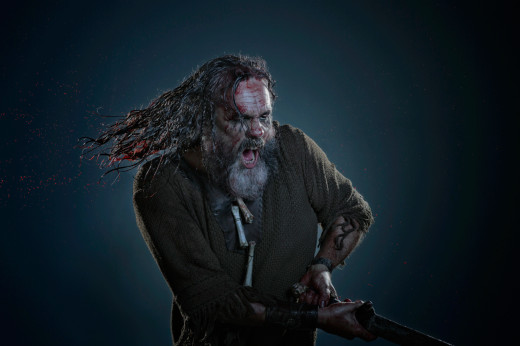 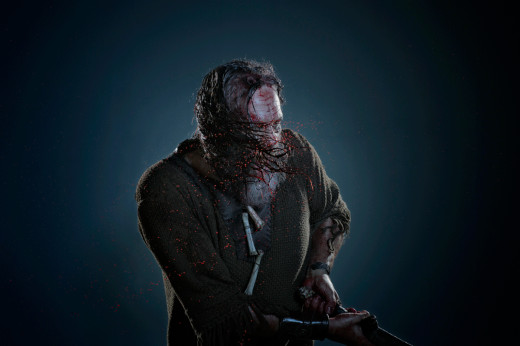 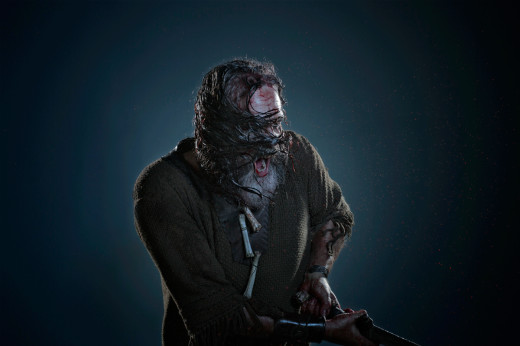 This post originally appeared on Russell Smith’s blog and has been reposted with permission. Thanks for sharing, Russ!