“A City Refracted”, is a solo photography exhibition at the Irma Stern Museum, Cape Town. Here’s all the details and a few images from this exceptional exhibition.

We had the opportunity to visit the “A City Refracted” exhibition by Graeme Williams, winner of the 2013 Ernest Cole award for his project by the same name. The exhibition is currently showing at the UCT Irma Stern Museum in Rosebank, Cape Town. It’s a fantastic collection of work, take the opportunity to visit before it closes on Saturday, August 22nd – It’s definitely worth a visit.

“A City Refracted is a visual journey symbolically reflecting the shifting typographies of the inner city of Johannesburg. Using an experimental style of street photography, Graeme Williams’ work suggests waves of movement and migration, of promise and intrusion, inextricably tied to Egoli’s spatial and social order.” [Ernest Cole Award] 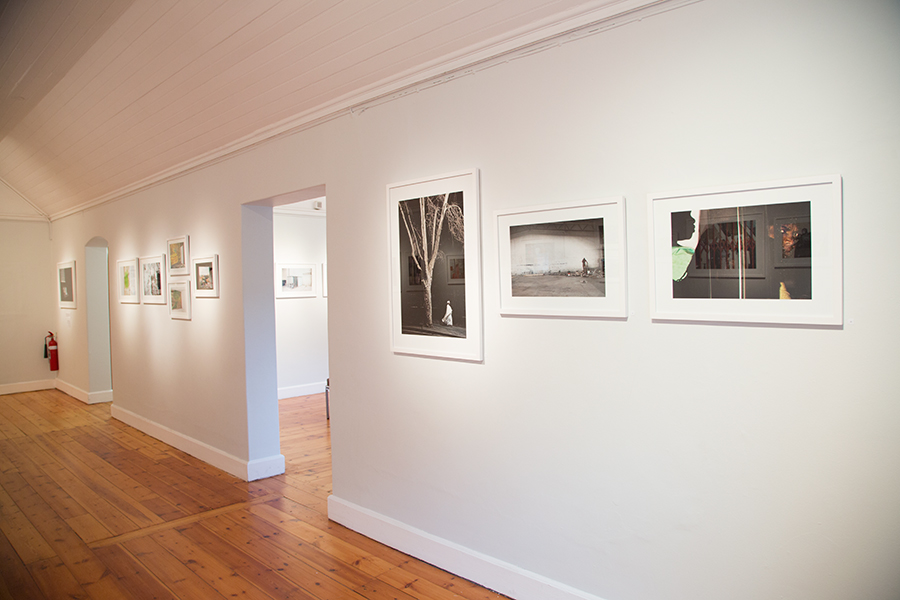 About the series Graeme says: “Johannesburg’s inner city has, since the mining town’s formation, served as the first stop for new arrivals. As such it has always been vibrant and in a constant state of flux. I initially started photographing the area in the nineties when racial segregation laws were being lifted and black South Africans had begun moving from the outlying townships to the city. A monograph of my black and white images from that period, The Inner City, was published by Ravan Press in 2000.

During the past two decades, simultaneous to white people vacating the inner city, increasingly the area has become home to new immigrants from all over Africa. Certain districts and blocks of flats are now dominated by Nigerians, Ghanaians and Somalis. Much of the physical infrastructure from the apartheid era remains, however the new occupants have adapted the structures to their way of life and culture.

Johannesburg is a unique city. It is made up of separate communities that differ greatly in terms of wealth, education, race and cultural background. The city is a stark reflection of the country’s social polarization and in many ways refutes the dream of a rainbow nation. For example, many residents living in the suburbs of Johannesburg have not ventured into the inner city since the mid 1990s and visa versa. 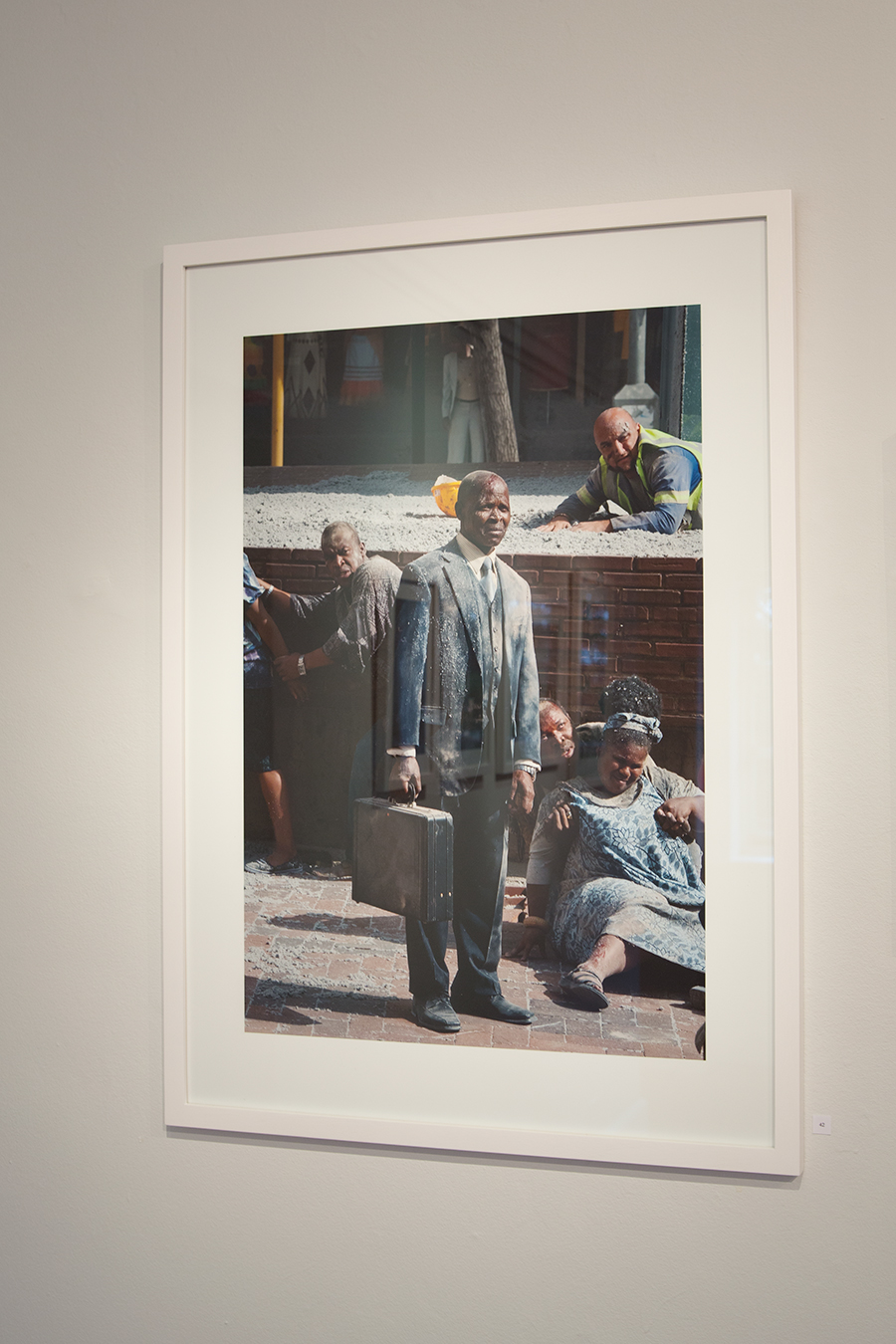 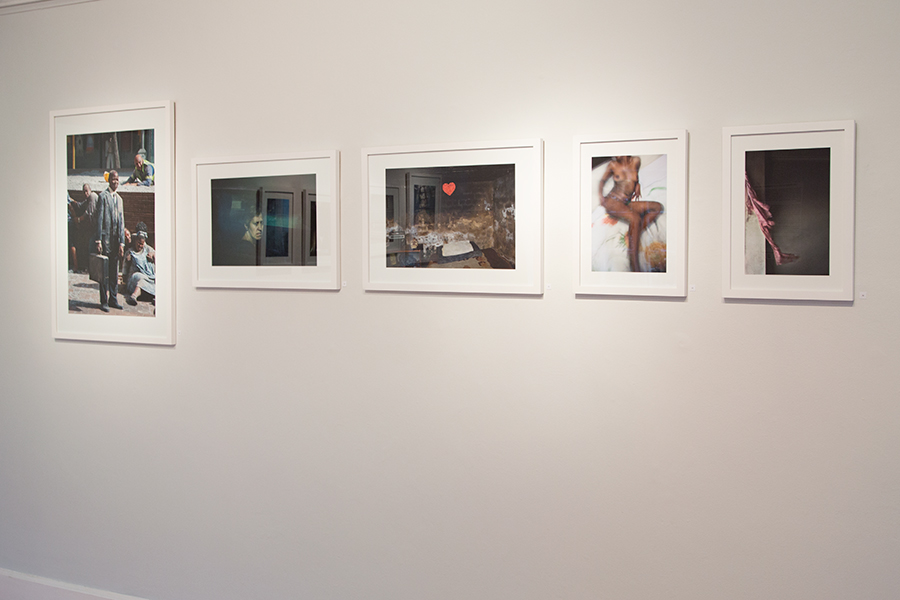 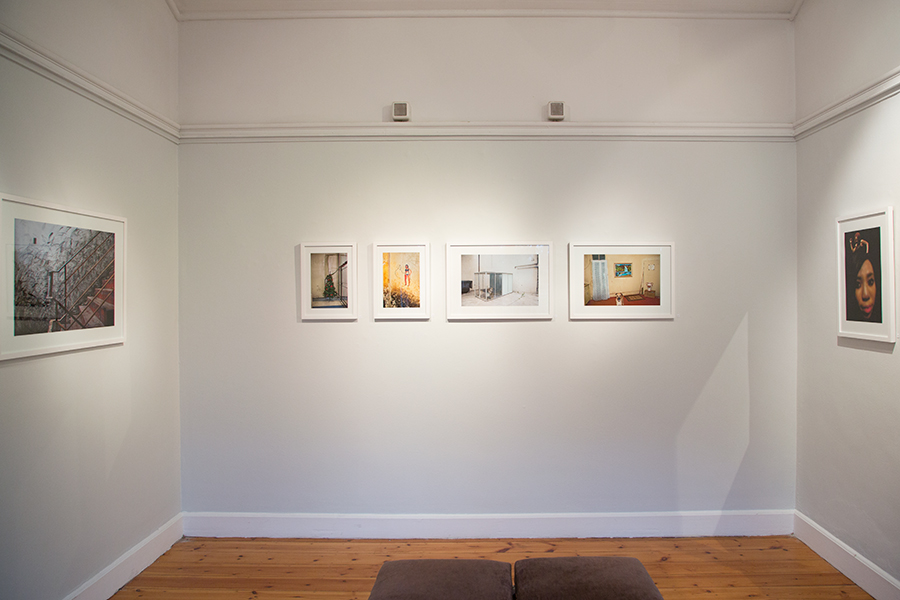 The reason for returning my attention to this area is not just to document external changes. The city’s increasing social polarizations have resulted in me being an outsider in a neighborhood that is less than 10 minutes drive from my home. This has facilitated an opportunity to transform my engagement with the subject from the viewpoint of the local to that of the foreigner. It has become necessary for me to hire a bodyguard in order to pursue my photographic work freely in this area.

I have chosen a photographic approach that could be seen as approximating a tourist’s response to visiting a foreign country. The images are unstructured and the content of the frame is at times seemingly random. Photographing in colour not only provides an immediate counterpoint to my earlier body of work, but also accentuates this untutored, snapshot-quality. Many of the images are blurred by movement or have a limited field of focus. The images therefore take on a dreamlike appearance resonant with the sense of disorientation tourists might experience when finding themselves surrounded by a foreign culture.

The title reflects both the lack of racial integration within the city as well as the photographic approach.” 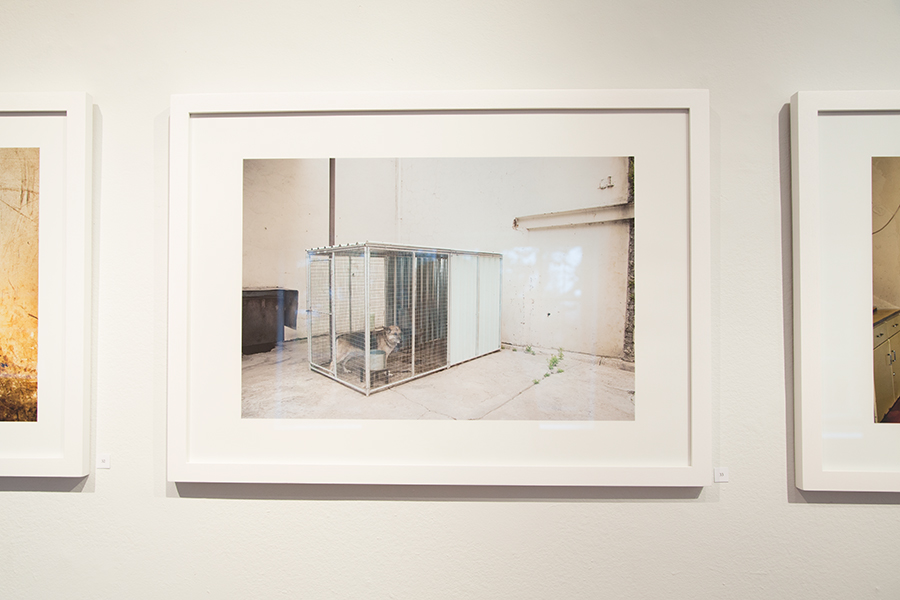 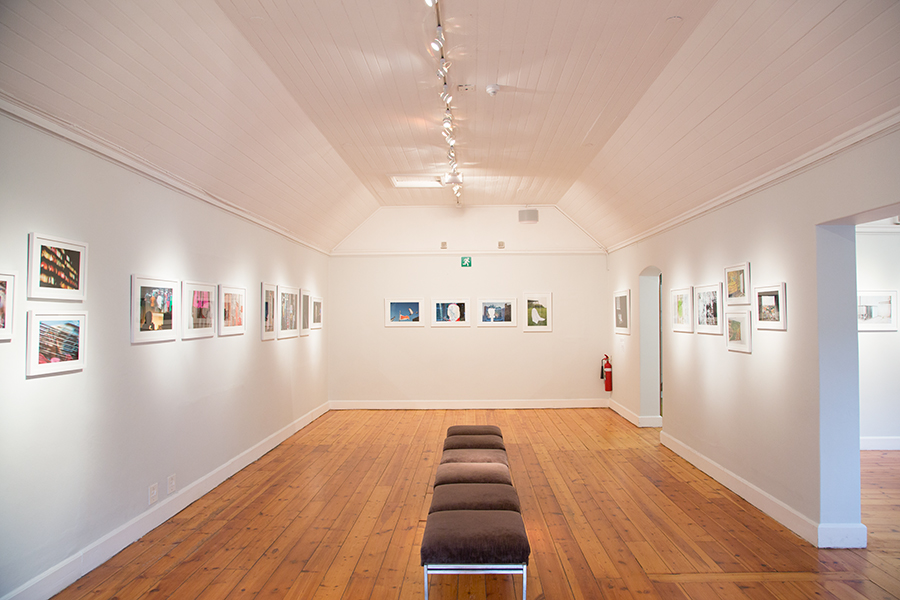 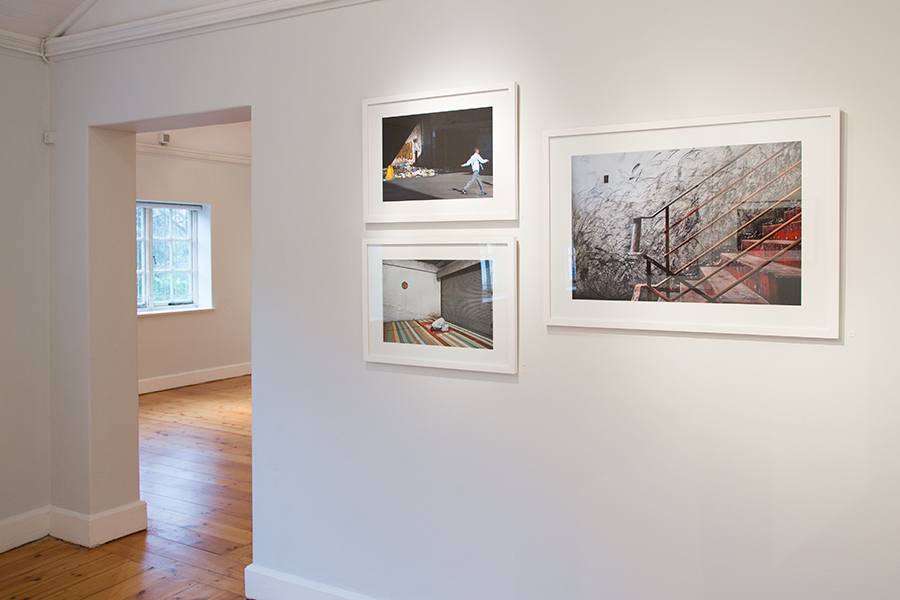 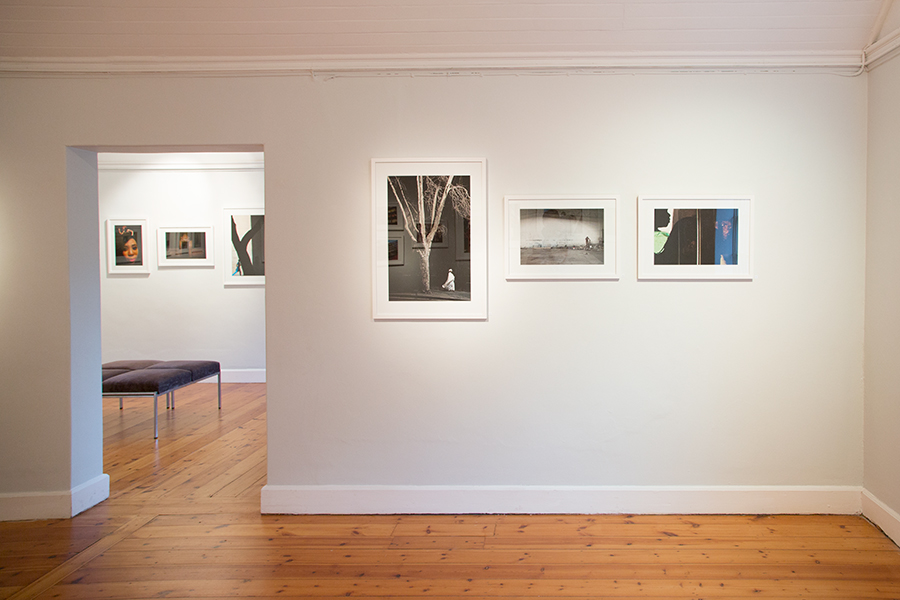 About the Ernest Cole Award

The Ernest Cole Photographic Award was initiated under the auspices of the University of Cape Town, and offers a unique opportunity for photographers to complete an existing project.

The award, named after documentary photographer Ernest Cole, has been made possible by the generous support of the Peter Brown, Gavin Relly Educational and Kirsh Family Trusts, ORMS, and the John Liebenberg Hip Op Fund.

The winning photographer will receive R150 000 with which to complete the project, have an exhibition and publish a book thereof.

The Ernest Cole Photographic Award has been established to stimulate creative work in photography in South Africa. The emphasis will be on creative responses to South African society. It is open to anyone whose work focuses on South African society, with preference being given to people living within the country. The purpose of the Award is to support the realisation of a significant body of work that the photographer has been engaged with. The Award will be managed by the UCT Libraries. 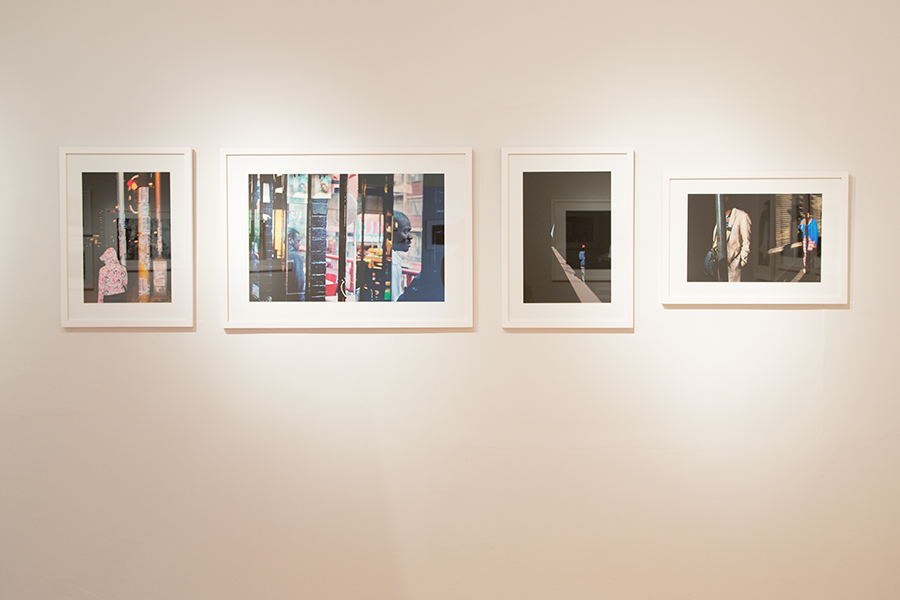 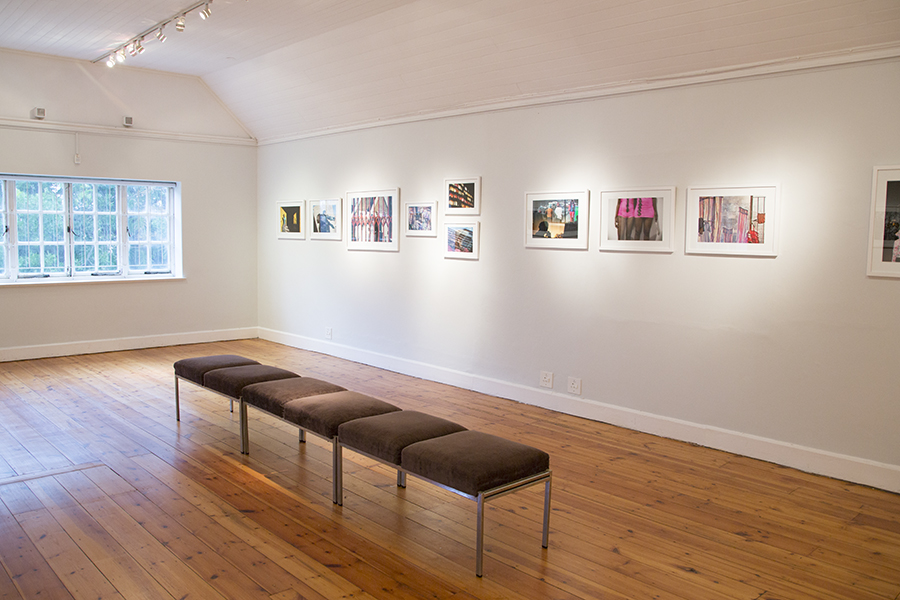 All the works were printed and framed by Orms Print Room and Framing.  Shared via Ernest Cole Awards and Graeme Williams.

Exhibition: Portraits By David Goldblatt
Works Printed By Orms For The Investec Cape Town Art Fair 2018
Exhibition: Postcards From The Road
Exhibition: This Is Film – One Night Only