Jason Mullins calls these black & white San Franciscan cityscapes Embark. View a selection of the works below, and have a look at his website for more, including unique and different images of the famous Golden Gate Bridge.

In his own words:
I made a picture earlier this year that didn’t quite fit with the rest of my then current work. It’s called “Transport”. I don’t know if I’d classify the photograph as a “happy accident”, the way many good photographs come to be. Nothing accidental occurred, nevertheless I found something interesting in that negative that wasn’t apparent when I was making it… Truthfully, it became my happy accident and has taken me in a new direction.

“Transport”, a photograph of a passing bus and pedestrians in the financial district, was captured on a bright and sleepy weekend afternoon in San Francisco. What I later noticed is that it seemed to convey a sense of either arrival or departure, but not in the conventional way ~ buses obviously transport passengers. No, it almost seemed like this bus came from, or was going to, somewhere otherworldly.

Big cities, like San Francisco, can have that sense about them. It’s the barrage of foreign faces, unfamiliar smells & noises and the speed at which they arrive. It’s the feeling of opportunity to be had and, at the same time, uncertainty and even danger that might lurk around the corner. Even when you’re confident you know the city like the back of your hand it surprises you.

The faceless people are forgotten, yet the experiences of time and place are not. With my series, “Embark”, I hope to convey some of these moments. 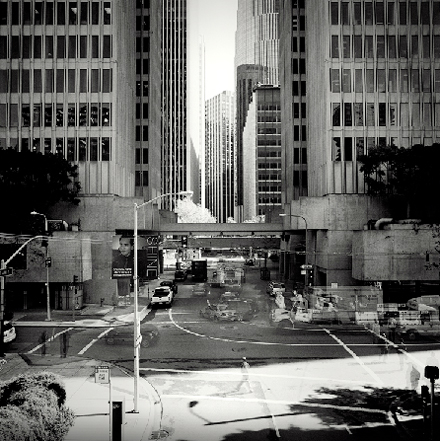 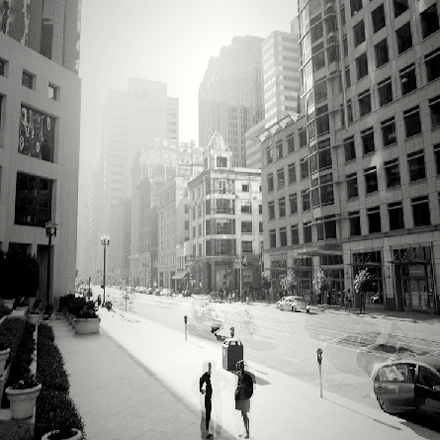 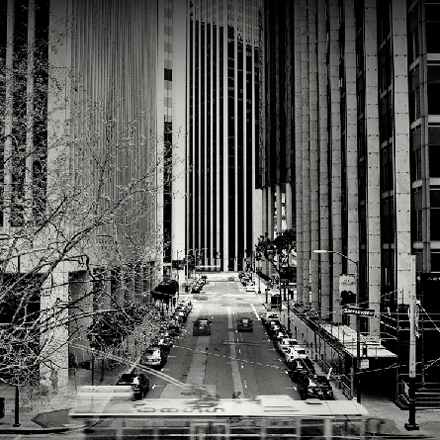 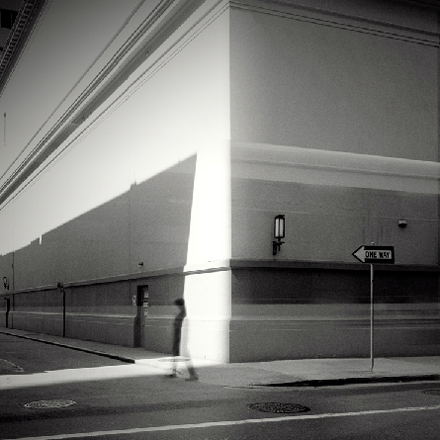 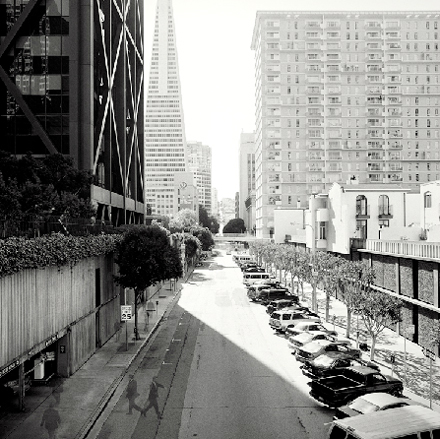 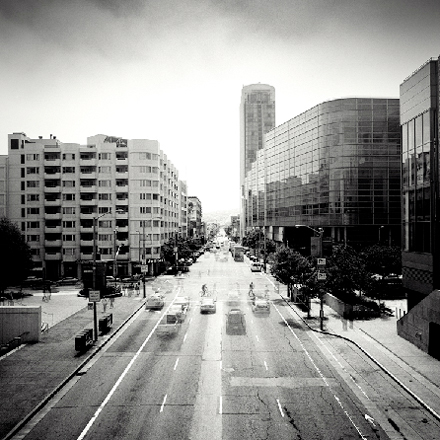 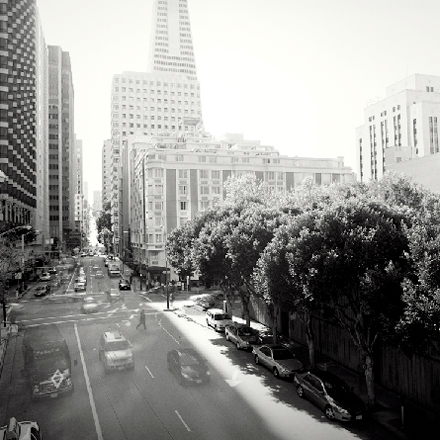