Photographer Stephen Wilkes captures the passing of time in a single image, see a few of his incredible images and watch as he explains the inspiration behind the project and his process…

A little bit of early morning inspiration! Photographer Stephen Wilkes crafts incredible compositions of landscapes as they transition from day to night, exploring the space-time continuum within a two-dimensional still photograph. Journey with him to iconic locations like the Tournelle Bridge in Paris, El Capitan in Yosemite National Park and a life-giving watering hole in the heart of the Serengeti in this tour of his art and process.

“Day to Night” is an ongoing project that visually narrates the events and human activity of an entire day using a uniquely innovative photographic process. The images are created by photographing from one camera angle for up to 15 hours, continually observing and capturing thousands of specific moments throughout the day and night in some of the world’s most famed locations. While photographing, Wilkes is observing the view, watching for spontaneous events occurring in the scene and narrating a visual story as the hours goes by. A select group of these images are then painstakingly blended into one seamless photograph over several months, capturing the changing of time within a single frame. 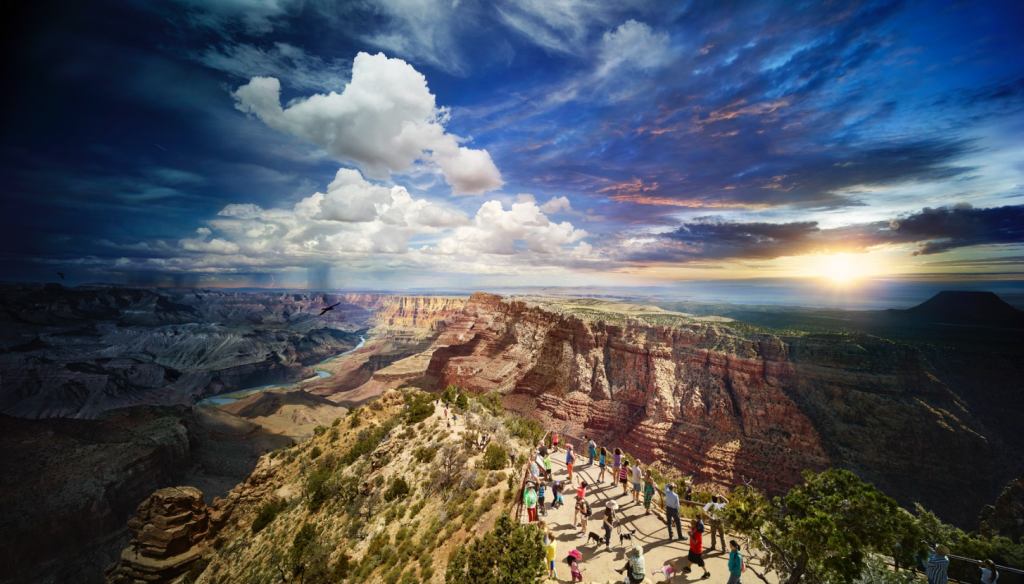 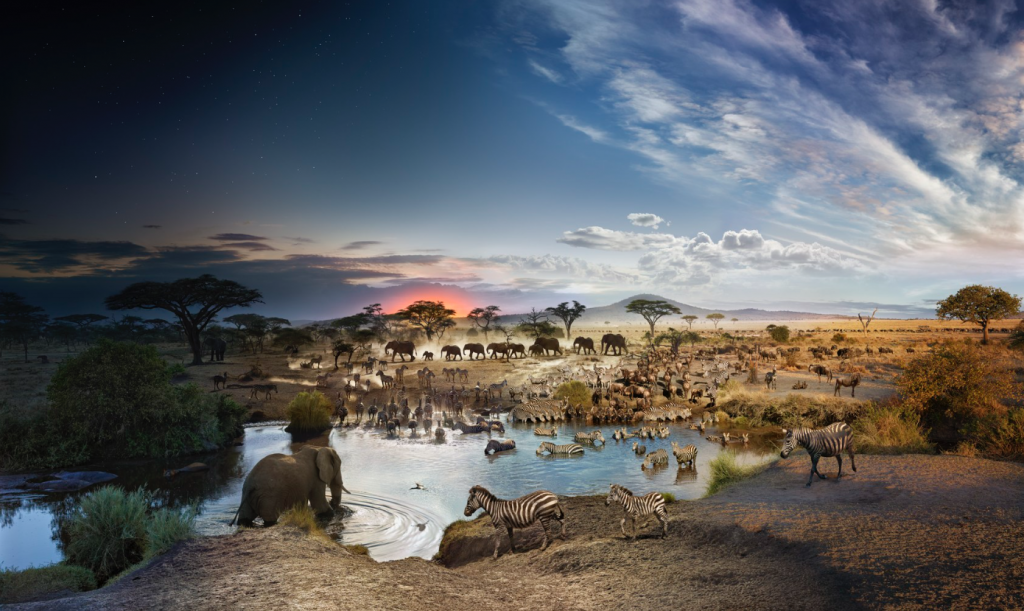 Stephen’s photographs have been exhibited in galleries and museums around the world and have been featured in numerous leading publications including; The New York Times Magazine, Vanity Fair, and Time, among many others. Awards and honors include the Adobe Breakthrough Photography Award, the Alfred Eisenstaedt Award for Magazine Photography, Photographer of the Year from Adweek Magazine, Fine Art Photographer of the Year 2004 Lucie Award, and the Epson Creativity Award. Wilkes’ work is in the permanent collection of the International Museum of Photography at the George Eastman House, the Museum of Fine Arts Houston, the Dow Jones collection, James A. Michener Art Museum, Snite Museum of Art, Jewish Museum of New York, Library of Congress and numerous private collections. Wilkes is based in Westport, CT. 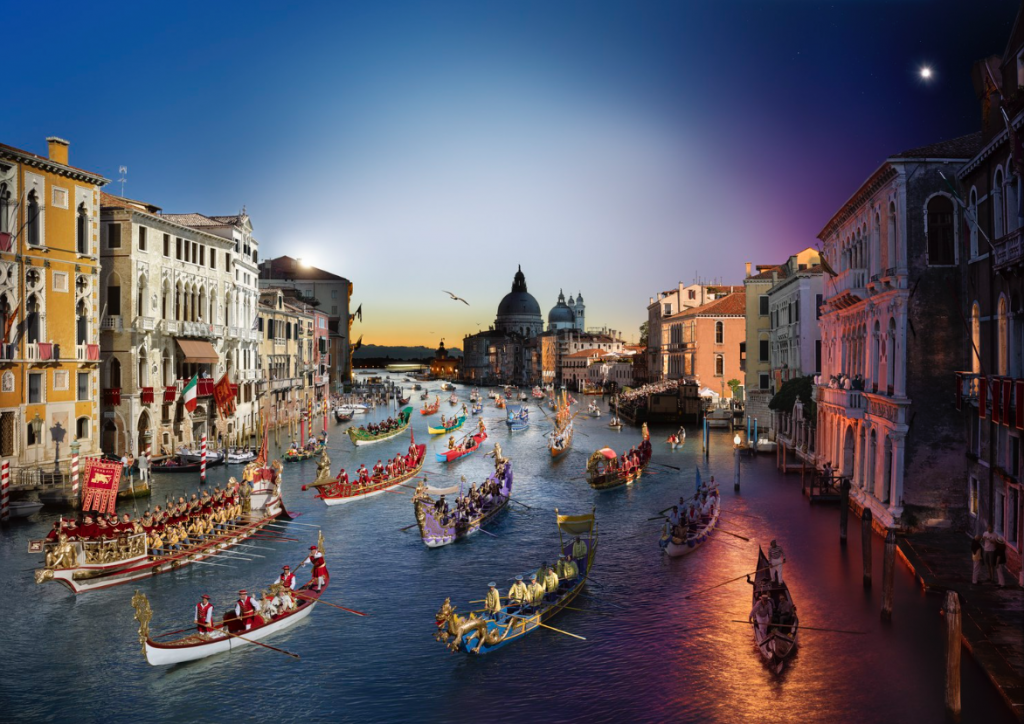 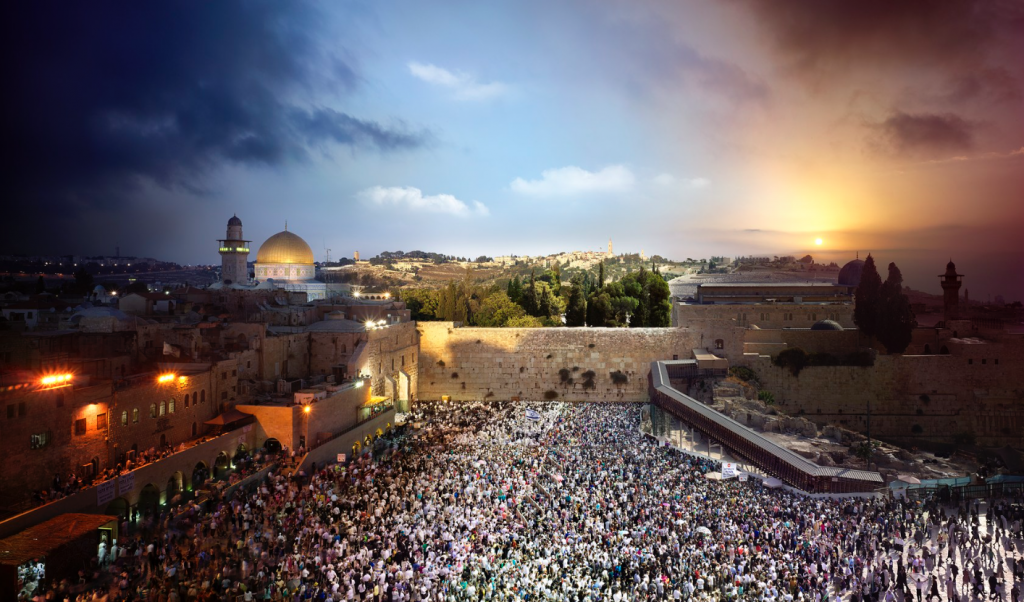 “Day to Night” will be published as a book by TASCHEN in 2017, and pre-orders can now be placed. You can also find more of Wilkes’ work on his website and Instagram.

What an incredible capture of the African Openbill

We're so longing for the open road too @heikikki b

Going on an adventure to Botswana through the lens

We love the breezy ease of this capture by @seanfu

Looking to breathe some life into your space? Orms

There's something about misty mornings in the city

The first snow of Winter brings with it late start

This dreamy scene comes from a deep dive into the

Imagine this incredible design as a feature wall i

The moment when the music's so good you can't help

This Macaw clearly never stays away from the spotl