Internationally acclaimed South African photographer Guy Tillim‘s upcoming exhibition, Second Nature, will feature landscapes taken in French Polynesia. Tillim, who has been working on this project since October last year, was drawn to the the representation of the landscapes, which have been sketched (and later photographed) since the voyages of Cpt. James Cook. “In reading the accounts of the artists who accompanied Cook, Tillim was interested to note that their debates on-board ship around the subject of the representation of landscape are very similar to those we have today: how much do you ‘give’ a scene and how much do you let it speak for itself?” 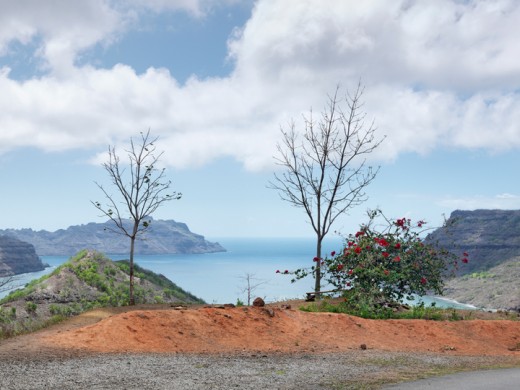 Tillim: “In making photographs of the landscape, I have to confront the difficulty of actually seeing the landscape. It’s a space that changes its face with a glance or a ghost of a thought. Perhaps there is a way of creating a sort of enhanced participation of a viewer moving through the space of this possible image where various elements are neither obvious nor not obvious. The impulse to convey vista and unknowability in relation to my insignificance in the scene is almost overwhelming. When I lift the lens to my eye, I’m flummoxed. Perhaps because of this confusion we have clichés, those motifs often inappropriately used in describing landscape, that tend to isolate some elements to the negation of others. Perhaps the scene is only beautiful when all the elements are palpably part of the whole. A political position – here is a bulldozer or a filthy gutter in paradise – is untenable. 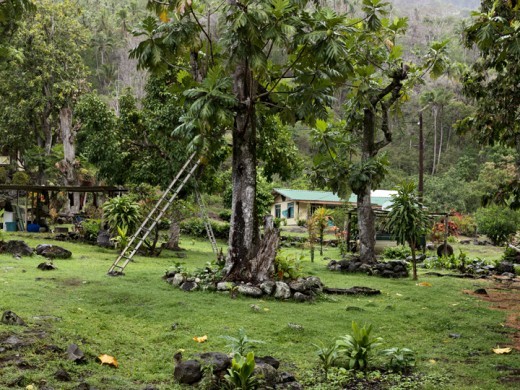 “So I return to what seem like some basic principles, and invariably the clichés. There are obvious ways to convey the components of the scene: either through detail or monumentality. But what of that which lies in-between, the indeterminate space that conveys the texture of the place, its feeling, its sensation, its quotidian elements alongside the spectacular? I think there isn’t an answer, because in and of itself each scene is a place of meditation, of emptiness. It provides its own context because in a certain way of looking it cannot be anywhere else. What is photographed? Nothing, and everything, when you have no desire to leave the frame.”

Second Nature will be running from 27th of July to the 3rd of September 2011 at the Stevenson Gallery in Woodstock, Cape Town. The opening will take place from 6PM – 8PM. If you’re as big a fan of Tillim’s work as we are, be sure to mark the date on your calendar!

What Do You Do When An Elephant Charges At You?
Inspiration: The Work of a Forensic Photographer
Orms Maker Series: Framing with Michelle Viljoen
Light Painted Photographs By Outabounds