Editors note: If you’re not aware of the camera, the Fujifilm X-Pro1 is a compact interchangeable lens camera. It predominantly features manual controls as well as a hybrid optical/electronic viewfinder, so although it’s not a true rangefinder, it handles like one for the most part, which makes it an ideal camera for street, documentary and travel photography. View our range of Fuji X-series cameras and lenses.

Don’t get this camera if you’re not going to use it for what it’s designed for. And don’t think it’s not capable of doing what it’s not designed to do. However, it is light and easy to pack for any travel or street photography, it will give you the images you think you need a big DSLR for, and the image quality will make you pixel peep.

I just love this camera, and can’t state it enough. This camera and most of Fuji’s cameras have been reviewed to death. This model has also been out for over a year, but I am going to add to it nonetheless.

When I show it to people, their first response is always that they can get a DSLR for cheaper. Yes, it’s more expensive than the entry to medium range of DSLR and a lot of them think that DSLR has better image quality and looks more professional. 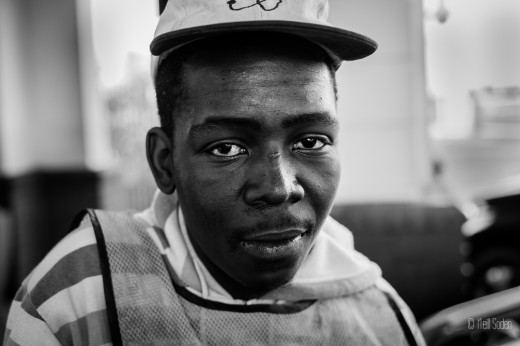 When they come from a point-and-shoot, they don’t fully understand that this little camera can match and maybe even out-perform similarly priced DSLRs in certain areas. Sure, there are parts where it is lacking, but I am convinced that in the next few years, we will see a huge shift to mirrorless and entry/medium level DSLRs.

It boils down to what I’ve said before, what do you want to use the camera for and saving big on size and weight. 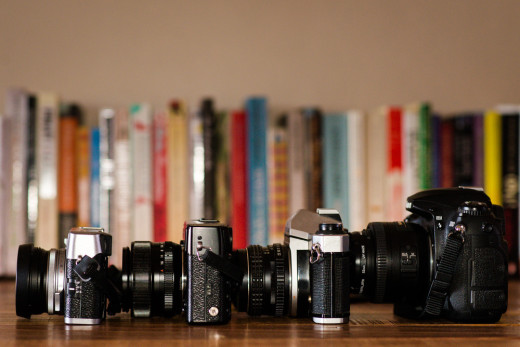 It’s really cold to the touch, but it feels solid, it feels right, it feels professional.

It sits very comfortably in my hand when using it, and I actually found that the placement of most of the buttons on the back felt better than the newer X100S.

What is different, is when you put the shutter dial into A mode it has a lock so you can’t bump it. With the new firmware 3.01, I was able to change the AF selector from the odd spot on the bottom left, to the selector on the right and kept my ISO adjustments to the FN button. This was a good move by the Fuji guys, as it silenced one of the biggest gripes for this camera.

When it comes to battery and SD card location, it is not great. It is placed and looks just like a point-and-shoot, but is not a big deal. Battery life again is a bit poor, but just get another battery. They are small and easy to carry around.

When I first picked up an X100 and X-E1, my mind told me it is a point-and-shoot; that very quickly changed when I started working with it. But when I picked up the X-Pro1, it felt instantly very good and professional. I just wanted to go out into the streets and take shots.

And the shutter sound and feel gave me a nice, fuzzy feeling inside every time I hit that shutter button!

The Q-button (quick menu) is the same as X-E1 and X100S – read my earlier X-E1 review for more coverage. 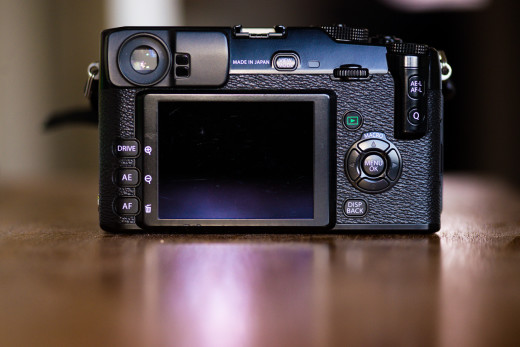 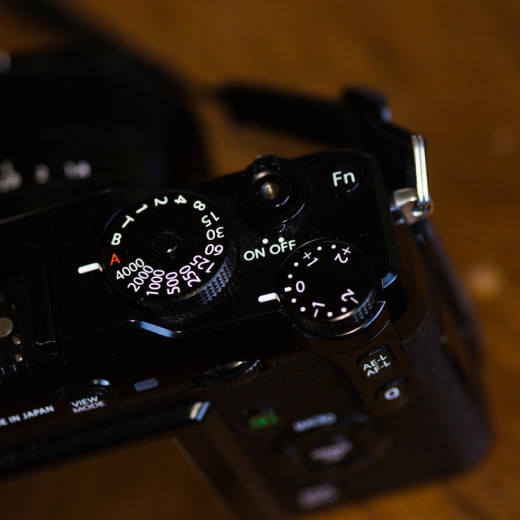 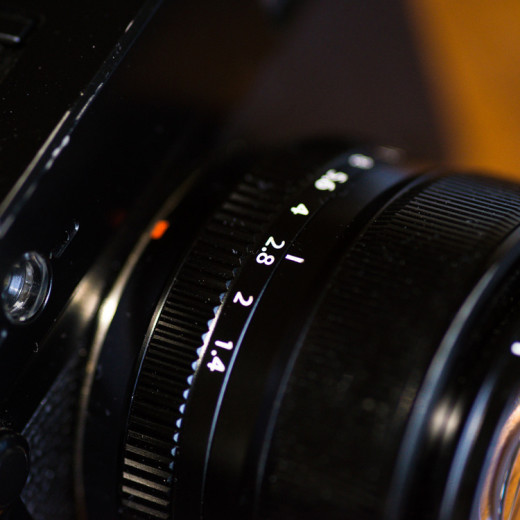 I did not cover this much with the X-E1, but where the X-E1 only has an EVF (Electronic View Finder), the X-Pro1 has a hybrid OVF and EVF much like the X100. Unless I went into Macro Mode, I hardly ever used the EVF, but it can be handy at times.

The viewfinder gives you a lot of information beyond that of what I am use to on a DSLR. A good example is the histogram – I found this very useful when exposing. There is also a grid and a horizontal line to help keep your photo straight, to name but of few of them.

Its focus isn’t too great if you get too close, but the handy option of Macro Mode and, hey presto! You hear the little beep, and you got your focus.

You can jump between the LCD and viewfinder. There is also an eye sensor to the viewfinder that will change back and forth, you can also change the way this works to your liking.

Definitely my favourite lens by far! It basically is your 50mm for this APS-C sensor, but it opens wide at f/1.4 and allows for nice low light and very shallow depth of field. Beautiful!

The build quality is superb and the metal finish and mounts give it a very professional feel. I’m taking a wild stab saying that it is the most cost-effective APS-C F/1.4 lens around.

This lens has a nice focal length for portraits in studio or out. I found it, however, a lot slower to focus and it was a little weird getting used to when you shoot through that OVF, as the small block that pops up to show you what the lens is actually seeing. This is one of those moments I found the EVF very handy.

Sadly, I never really had time to test the 18mm. I don’t shoot wide much, particularly in the day-to-day city stuff.

There are some good lenses coming from Fuji in the next year or so. I can’t wait for their 56mm, and as I was finishing of this review they released their 23mm f/1.4.

One of the things I wanted to test was how the X-Pro1 works for studio and/or speedlight set-up, so called on a friend to help and we set up a little studio in my house. The set-up was very basic, but had to do a bit of figuring out on what flash would work best on the X-Pro1. You do not have a Command Mode like you do on the X100, plus there is no built-in flash, so what I did was mount my SB600 in Manual Mode on the camera, as it does not have the SU mode. It then triggered the two SB900’s in SU mode at 1/64. I had one SB900 with a soft-box on the left, a reflector on the right and a naked SB900 behind my subject.

I used both the 60mm and 35mm on this test. The 35mm did not fail to impress me, but I was really impressed with how the 60mm performed, despite the AF issues.

Sadly there was no way to connect a cable to the camera to tether it with Lightroom. 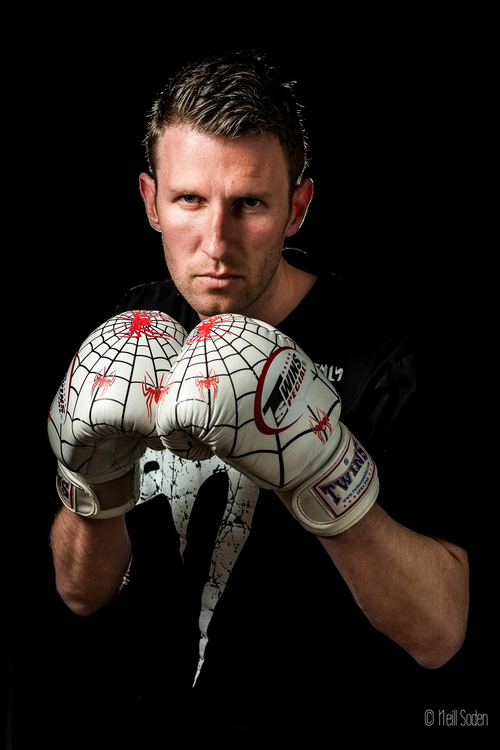 There are also some other features I tested very quickly. If you are into HDR, there is a 3-stop auto-bracketing. When you hit the shutter button it takes all 3 shots at once, but as I don’t generally shoot HDR, I can’t make a judgement call on this. All the same film simulations are there, I set it up the same as before with RAW+JPG, and again I’ve been using the JPG’s a lot over the RAW, particular on the black and white.

I was hoping to get more street photography in with this camera, but unfortunately ran out of time.

The drive button has a few other options that include multi-shot (3/6fps), movie mode, film simulation, bracketing and pano. 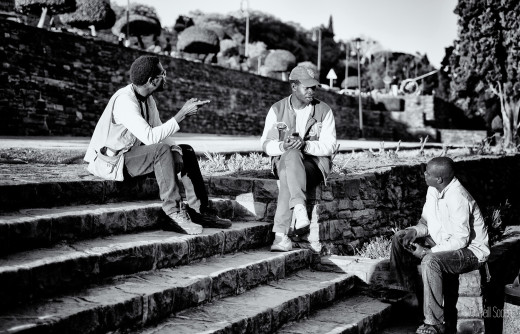 I bought an X100S just before I got my hand on this one to review, and I have a bit of regret I did not get this camera instead. But I already have my Nikon D600 and wanted an everyday camera so could not justify it. As the days go by after sending it back, I keep missing it and that outstanding 35mm lens.

I never tested before they released the 3.01 firmware so can’t say how much it improved, all I can say is that it performed 100% to my liking.

I would use this on a paid shoot with no hesitation, I even started to do that with my X100S.

If you are traveling any time soon, just go get one, it is worth it, and it’s a lot of fun. 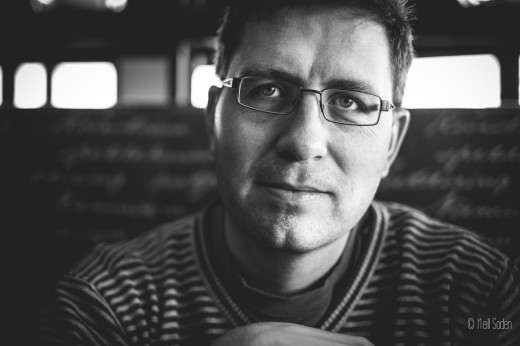 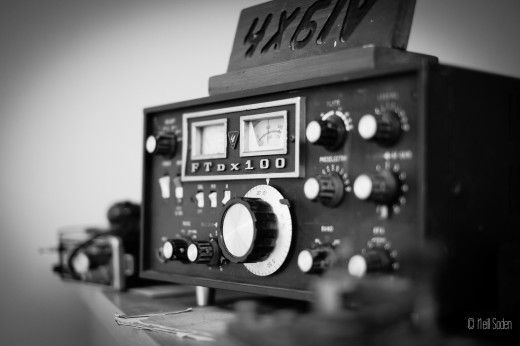 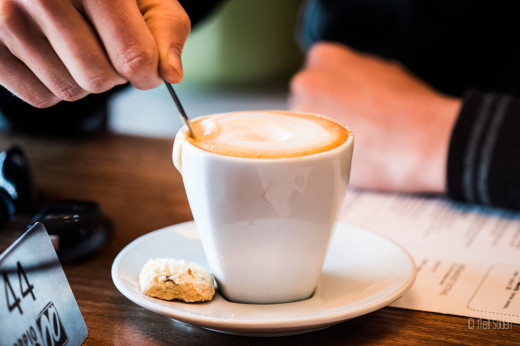 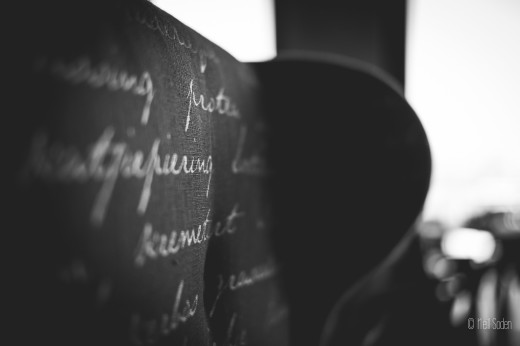 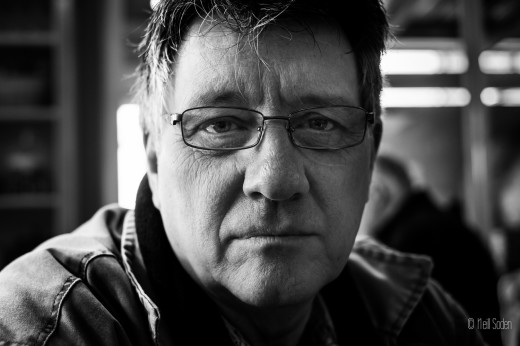 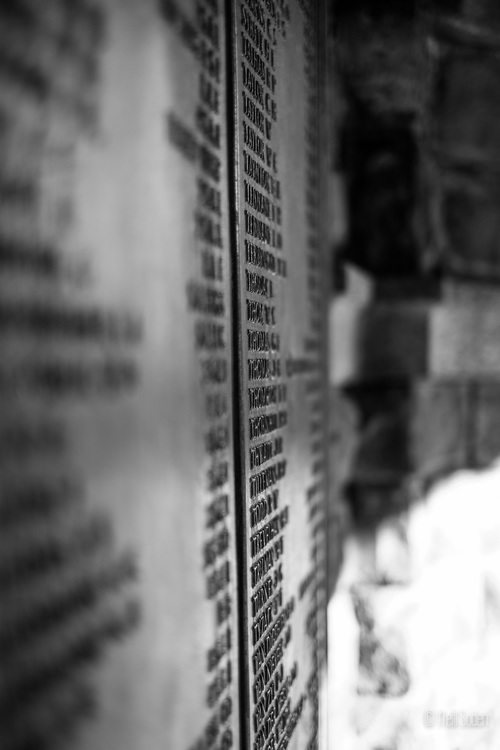 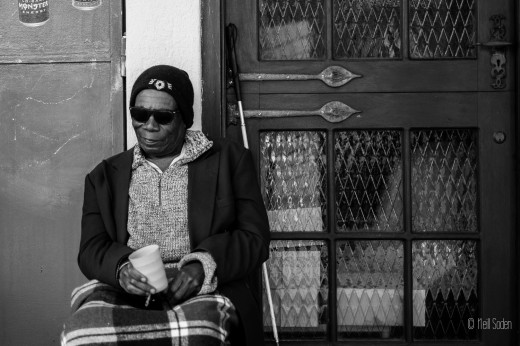