This is really cool! Artist Tom Leveritt used an ultraviolet photo booth to show people what they look like in UV light.

What does your skin look like in ultraviolet light? Watch artist Tom Leveritt‘s amazing film to find out.

Tom used ultraviolet photography to share a great message: use sunscreen! As demonstrated towards the end of the video, the invisible effects of sunscreen are actually very effective. He says: “We showed people what they looked like in ultraviolet, & wondered aloud if they wanted to put on some damn sunscreen already.”

Here’s a look at his setup, a Canon DSLR with a special UV filter and a hooded studio monitor: 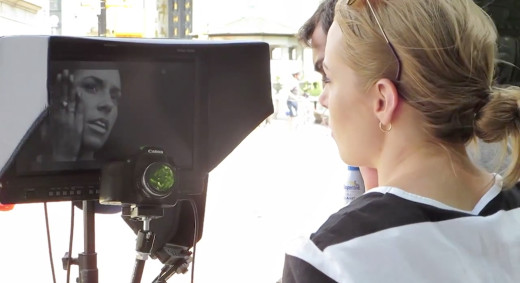 And for those wondering if this video was sponsored by a cosmetics company, it appears that it was all produced and funded by Tom himself. Overall, it’s a positive message and a heartwarming video that’s bound to go even more viral than it already has.

How to Collaborate with Brands and Get Paid!
Full Moon Silhouettes By Mark Gee
Orms Connect Giveaway: Lomography Diana F+
Vote For The Photo Of The Month: February 2013