Beach Party, a Cape Town-based surf-rock band have just released their latest music video. Filmed, directed and edited by the extremely talented Dylan Culhane, the video was shot using a Lomography LomoKino 35mm movie camera and various stocks of 35mm film sponsored by Lomography SA. We – Orms, that is – processed and assisted with the scanning of the film. 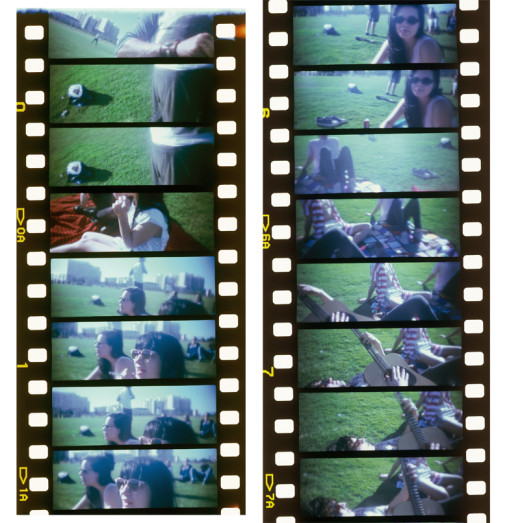 More from the director:

“I actually started getting serious with photography via Lomography about 10 years ago. The ethos of spontaneity and the gritty analogue aesthetic really drew me in… in fact, the ‘don’t think just shoot’ philosophy has really informed a lot of my subsequent work. When I first heard about the LomoKino I knew it was a toy I had to play with. Rio (Allen) managed to get his hands on the very first one in the country, and approached me to shoot something on it. We knew early on that we wanted to do a music video and set about trying to find a band whose music suited the loose, raw Lomo aesthetic. Beach Party had just started playing a few gigs in Cape Town, and we knew they were perfect as soon as we heard them. Luckily they were very keen on the idea, and agreed to collaborate on this production. They were so much fun to work with – we literally just spent a day fucking around in different parts of Cape Town, documenting the shenanigans like a creepy uncle with an 8mm camera. It was a really challenging process, figuring out how to develop and scan all the images to create a video, but Exposure Gallery were really generous in donating and scanning the film, and Orms did all the developing for us. Ultimately it’s a stop motion animation comprised of thousands of still images shot on a range of 35mm Lomography film – the footage is entirely ungraded. The result was even better than we expected, and I think Beach Party’s infectious surf-rock track is the perfect accompaniment to this visual experiment.”