A roundup of the latest rumours floating around the Internet regarding upcoming cameras from Canon and Nikon.

Although the big three recently released a range of new cameras, only Sony outed some DSLRs. Here’s the latest from the Canon and Nikon rumour mills:

[Disclaimer: Everything mentioned in this post is based purely on rumours available on the Internet. We have collected the information here for entertainment purposes, and to keep you guys in the loop of what’s being said on various blogs. Please don’t take any of the following rumours as purchasing advice – Gadget lovers and gearheads waiting for the latest and greatest products will always be waiting, as there is always something else on the horizon… Enjoy the rumours!] 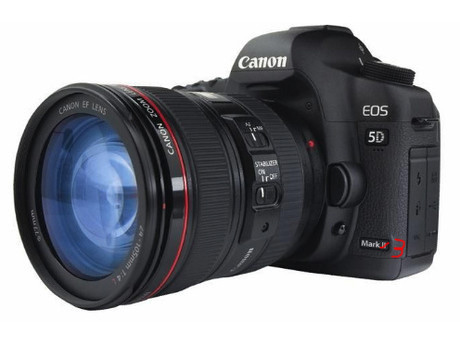 Professional
The gap between the introduction of the Canon 5D and the 5D Mark II was three years – a long time compared to other Canon DSLR product cycles – and thus it was expected that the Mark III would appear sooner rather than later. Well, as we all know that didn’t happen, and it’s been more than three years now since the announcement of the (very successful) 5D Mark II. The good news, however, is that Canon Inc. has stated that they will release new cameras when they are ready, instead of pre-announcing them and having photographers wait for months before being able to get their hands on the new gear. Hopefully this means that the new DSLRs won’t suffer from the same nagging issues that plagued first editions of the 5D Mk. II (black spots) and the 1D Mk. III (focussing problems).

The EOS-1 series might be merging into one camera, featuring a full frame sensor. Currently the 1D and its APS-H crop and speed is aimed at sports, and the 1Ds with its high-megapixel 35mm sensor is aimed at, well anything else that doesn’t quite need 10 frames per second. The new merged camera is rumoured to have the best of both, offering better speed by cropping into the sensor, and high resolution by dropping the speed. This makes sense, based on the specifications of the recent cameras, but all that is needed to shoot 10 frames per second while using all the pixels is a faster processor. Canon is set to start using the new Digic V image processor in these new cameras, which might bring the performance it needs to make it all happen.

When? As mentioned, Canon will announce these cameras when they are pretty much ready to ship. That said, it has also been stated that no new DSLRs will be arriving in 2011, so look out for 2012 being a huge year.

Prosumer
What about the prosumer and consumer DSLRs? You can expect a new 650D announcement early next year, and perhaps a 70D and/or 7D Mark II sometime during the year.

PowerShots
Canon might also be announcing some more PowerShots later today, but rumour has it that the G12 won’t be getting an upgrade soon. The G-series’ sister camera, the S-series, might be getting an update with an S100. We’ll share any information as soon as we can.

Mirroless
Apparently Canon is researching mirrorless EVIL (Electronic Viewfinder Interchangeable Lens) cameras, made famous by the Sony NEX series, but there are no prototypes currently in the hands of photographers. 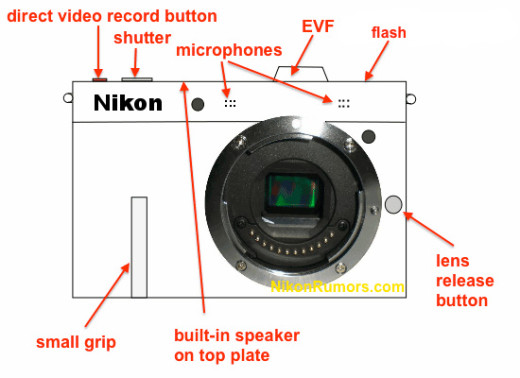 Mirrorless
The biggest rumour from Nikon is that they are adapting the F-mount adapter for their new Nikon mirrorless cameras. Of course, no official announcement has been made yet, but the names Nikon V1 and Nikon J1 have been mentioned. There is also a patent for a 10-100mm lens specifically designed for use on a mirroless F-mount body. Nikon Rumors has a spec sheet and a mockup. It is interesting to note that Nikon might beat Canon to the punch with their EVIL cameras – The Sony NEX series and Micro Four Thirds cameras are apparently selling very well in Japan, and the sector is expected to grow. My personal take? Most professional photographers won’t mind having a very compact but well spec’ed mirrorless camera for casual use, and if Nikon reaches the market first, it could be a big blow to Canon.

Professional
The rumour is that there will be some more announcements towards the end of the year, possibly for a Nikon D4 and/or Nikon D800. The compact full frame D700 has been available for more than 3 years now, but as it was the first in its series, there is no data to show how often Nikon plans to refresh this body. It’s safe to say that they are hard at work on the replacement though. As Nikon are already shipping dual full frame flagships, no change is expected here (unlike Canon’s possible merge). They are also rumoured to be prepping the Expeed 3 image processor for use in these cameras.

Prosumer
The D300s is also due for a refresh, so we might hear more about this later in the year. The other Nikon DSLRs have all been revised fairly recently, so don’t expect any announcements until 2012.

Switching to Mirrorless; Craig Kolesky Spends Four Days in Istanbul with the Nikon Z6
Keith Carter | From Uncertain to Blue
Orms & Synergy Competition Round One
Exhibition: "Remnants" by Thania Petersen