Dave du Plessis reminisces about old 35mm equipment, and the fact that the nostalgic value is higher than the monetary value.

One day while I was at work in Orms, a couple came in to see me about selling some used camera gear. The two of them came bearing a variety of camera bags and a great big box which was bulging under the load, and they proceeded with great enthusiasm to unpack all kinds of camera gear. All metal and glass, rusty tripods great big flashes, meters of sync cables and a couple of rolls of unprocessed film. It turned out that somebody in their family had been a photographer his whole life, and now he had passed, leaving behind all this gear. They figured that would sell it all and split the money between themselves. It was rather difficult for me to explain to them that there was no longer any monetary value to this equipment, and that their best bet was either to keep the gear, or try finding somebody specifically looking for some of those items to bolster their collection of yesteryear camera gear.

With the coming of the digital camera and the resulting rapid decline of film based photography, there is simply no longer a demand for even some of the classic film cameras from previous decades. It’s sad, but it’s true. 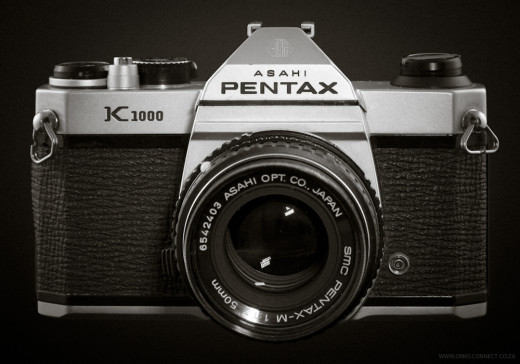 That of course is just one way to look at it. I myself started out long before the digital era. My very first SLR was a Pentax K1000, and I can still clearly remember the feeling of holding a solid camera in my hands. The feel and sound of the film winding mechanism as I thumbed over to the next frame. I remember how carefully I fed the film leader into the take up spool, making sure there was no slack in the film as I securely clicked the back of the camera shut. Firing off the first three exposures, which had already been exposed to light. There is nothing quite like the sound of the shutter firing in one of those old cameras. In the good ol’ days we made sure that every single shot counted. I remember the dilemma of having loaded a 400 ASA film into the camera but finding that I needed to shoot in bright broad daylight. The first couple of wedding shoots I ever did was with film, and I had to have my timing perfect. Sometimes I had to abandon the last couple of frames on a roll, just to be sure I had enough time to change rolls in time for the next part of the ceremony when I wouldn’t have enough time to change rolls. I remember the anticipation I felt while waiting to see the results of the last shoot, weather I was processing the film myself in the darkroom with my trusty old Durst enlarger in the dark red-light room, or waiting for the one-hour lab to hand me a pack of 24 or 36 jumbo size prints and a couple of strips of negatives.

We will do well to remember that the fantastic cameras of today, with all their electronic components, super fast frame rates and autofocus systems, not to mention white balance control and image stabilisation and the ability to change ISO between shots, were all pioneered by those classic old metal friends we had. All the core principles of exposure and focus still remain the same today, and although it is not really necessary anymore, I still think that a mechanical, manual camera is the best place to start learning from.

So if you still have an old film camera lying about, and if you are even the slightest bit as nostalgic as I am, forget about trying to get some money for it. Even though I have moved on, to my equally beloved digital SLR, I still have a Pentax K1000, and when the time permits, I still take it out and put a roll of my favourite black and white film through it. I take all the time it requires to get my focus, set my aperture and shutter speed. I listen to the clicks as I turn the aperture ring, and I enjoy it, and when I am all busy firing away with my digital in my studio, my K1000 sits there on it’s shelf in the corner of my eye probably thinking to itself “Sonny, just remember, I taught you all you know”. 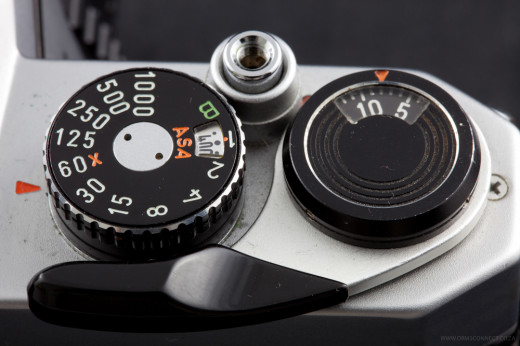