If you like astrophotography (who doesn’t?) then you’re in for a treat. Here’s a new time lapse video by Randy Halverson showing the milky way, auroras, satellites crossing the skies, and meteors burning up in the atmosphere.

At 0:53 and 2:17 you can see two red-ish clouds/streaks forming and then floating away – these are called “persistent trails” and consist of ionised gasses created by meteors entering the atmosphere. Very cool. Read more at Discover Magazine.

The music is also noteworthy for being an original score created by Bear McCreary (The Walking Dead and Battlestar Galactica).

Here’s some photos taken during the production: 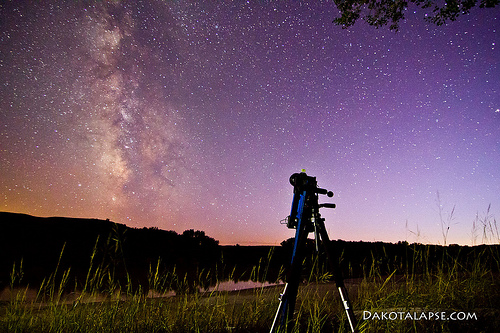 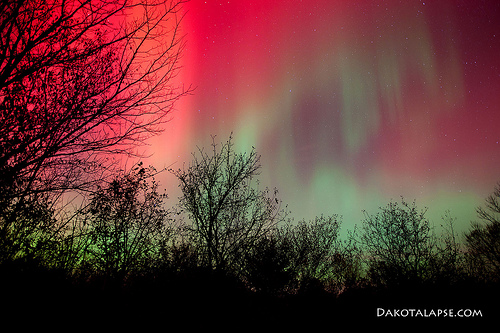 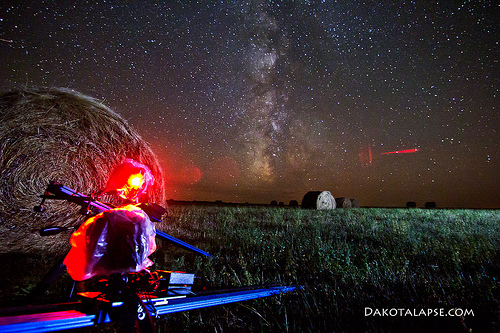 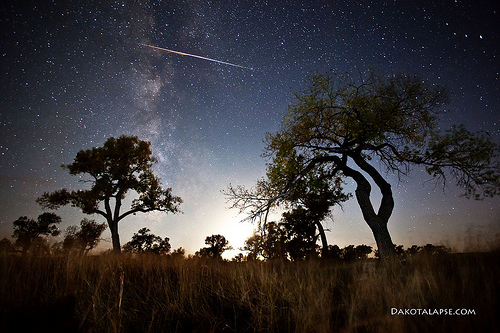 Brb, just waiting for the sun to fade into the hor

Because fairy lights and low aperture is a vibe!

So much more than meets the eye (and lens). Jelly