On his website, Alexander shares his interesting experience with underwater photography:

“When I first began to experiment with sea life photography, I tried shooting small invertebrates for fun with an own old camera, and without any professional lights or lenses. I found and collected the invertebrates underwater, and then shot them in the lab. After two or three months of failure after failure, I ended up with a few good pictures, which I showed to the crew. These inspired us to buy a semi-professional camera, complete with underwater housing and strobes. I then spent the next season trying to shoot the same creatures, but this time in their natural environment. It was much more difficult, and I went at it for another two months without many great results. But when you’re working at something every day, you inevitably gain a lot of experience, and eventually, I began to get some interesting photos—one or two from each dive. Now, after 4 years of practice, I get several good shots almost each time I go and I still have a lot of things to study about underwater photography.” 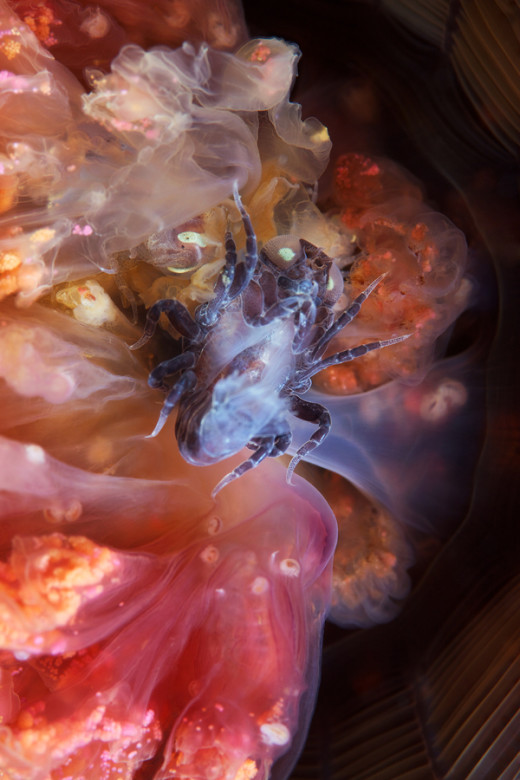 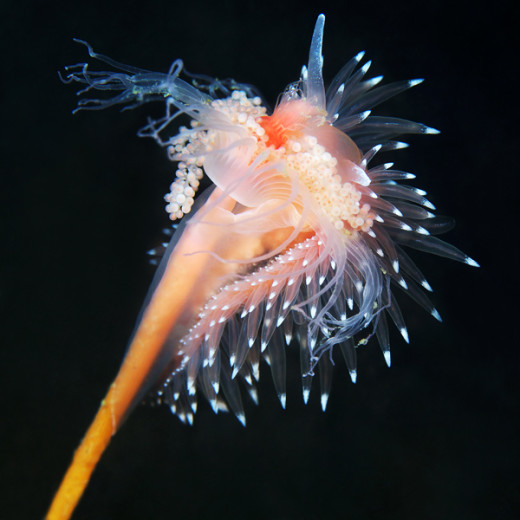 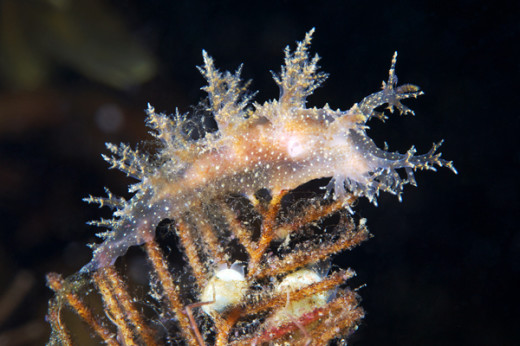 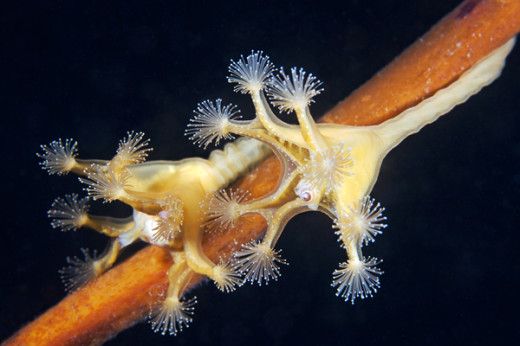 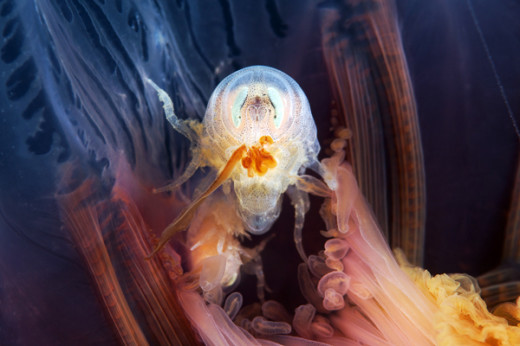